It was an honor to join over 160 business and political leaders from the San Diego Region for the 2019 Mission to DC. Sponsored by the San Diego Regional Chamber of Commerce, I was able to attend meetings with the EPA, State Department and several congress members as well as network with area leaders. My goal for Coronado was principally to advocate for construction funding to alleviate the trans-border sewage issue but I also discussed RHNA allocations, military impacts on Coronado and regional transportation issues- in particular I advocated for a return of ferry service to NASNI.

Monday, September 23, began with a breakfast followed by morning panels and a luncheon which all featured speakers on a range of national and regional issues. For example, there were speakers on our San Diego County Water Authority supply diversification efforts, national defense strategy as it relates to the “pivot to the pacific,” and the national political scene as it relates to possible congressional actions given the looming clouds of the election season. Customs and Border Patrol also gave an interesting presentation and I privately pressed the representatives for additional support for our sewage and pollution reduction efforts in light of the dangerous working conditions that exist along our border. In fact, these one-on-one conversations before or after the official remarks are a highlight of the conference.

Also Monday morning I was briefed by staff from the Office of Supervisor Greg Cox and he shared with me our region’s collective strategy for the next day’s meeting with Administration officials. To be sure, Greg Cox and his team have been tireless and tremendously effective on this issue. Representing Coronado for the meeting to be held the following morning were our own Mayor Bailey along with our Port Commissioner Adm. Bonelli. Also in attendance were Mayor Faulconer, Mayor Dedina and of course Supervisor Cox. I would call it a regional “full court press.”

My Monday afternoon session at the State Department was most enlightening. The US Consul General in Tijuana, Sue Saarnio, was instrumental in keeping the discussion focused on the sewage issue, sharing with the State Department staffers working on the issue the importance our region places on getting this issue addressed. State is a critical nexus as the IBWC falls under their jurisdiction and they play a key role in both the Border Water Infrastructure Program and the North American Development Bank. Both those funding sources are absolutely essential to implementing any construction project. At the meeting we learned that Mexico is moving to relieve responsibility for the issue on their side of the border from Baja state government and have the Mexican Federal authorities take over. As an aside, Mayor Dedina shared that personnel changes on the Tijuana Municipal level should usher in additional local infrastructure efforts.

In remarks by the Mexican Ambassador to the US as well as with personal conversations on several occasions with the Mexican Consul General in San Diego, I sense a level of responsibility and directed effort that is encouraging. By way of example, at a SANDAG Borders Committee not long after the monster spill that ignited the most recent emphasis on the issue, a Baja official referred to the spill as a “mechanical failure.” Now it is clear that influential and important officials on the Mexican side are keenly aware of the failings of Tijuana’s basic infrastructure, their responsibility to address the problems and now the will to do so.

Later on Monday I spent time with Congressman Scott Peters, always a sound advocate for our region and legislatively effective on our sewage cause. I also met with Minnesota Congressman Jim Hagedorn. As any funding measure will need the support of both sides of the aisle, I wanted to have a chance to share with a Midwestern member the realities of the border situation. His focus on border security allowed me to focus on the real and documented health issues faced by our Border Patrol agents and also highlight the training impacts on our US Navy SEALs.

Our Tuesday morning sessions were focused on our local Congressional Delegation and much time was spent with our group both collectively and in one-on-one side bar discussions with Juan Vargas, Scott Peters, Susan Davis and Mike Levin. It was my first time meeting Mike and I was impressed with the speed at which he has come up to speed on our behalf. We also heard from Lucian Niemeyer, Acting Assistant Secretary of the Navy for Energy and Installations. His remarks were focused on the success story of the SEAL compound coming on line just north of Imperial Beach and lauded the speed and success of the construction project. In more forward looking remarks, he talked at length on the partnership with SANDAG to redevelop the SPAWAR site, all 72 acres of it, into a new facility for the renamed command now called NAVWAR, as well as housing, commercial space and a “Grand Central” transit facility. I am sure we will hear more about this ambitious project going forward but it will likely mirror- hopefully without the drama, lawsuits and delays – the Navy’s Broadway project.

The afternoon EPA meeting was my focus for Tuesday and the best news came early as we awaited entry – Mayor Dedina shared the success of the earlier White House meeting. In fact, the official leading our afternoon session, Chad McIntosh, was also present at that morning session so a great deal of details proved to have already been covered. What I pressed on was a funding schedule and my specific remarks addressed my recollection of a meeting two years ago in the same EPA conference room and that not a nail had been moved or concrete poured on our side of the border to address the problem. Both IB Councilmember Paloma Aguirre and the San Diego City government affairs representative also followed up with pointed questions. While Mr. McIntosh was unable to commit to a specific FY2021 figure, he did share that we are finally at the stage where EPA technical and engineering staff are working with the proposed solutions from both internal as well as external studies, and at an October meeting back in San Diego, we should see a refinement of options and perhaps even a preferred alternative and price tag.

My take away – DC knows what we want, need and deserve. Now let us all continue to work together to ensure that happens! 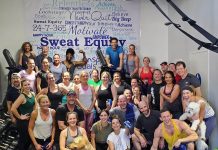 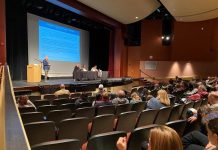 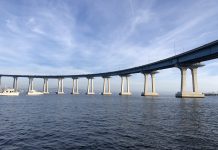