The Round-Up is the last of the short cross-country races of the season and is used by most of the top teams to assess the fitness of their runners. The distance is only two miles, but there isn’t a flat stretch anywhere on the course. After the first rolling mile, the course rises nearly 90 feet over the next quarter of a mile in a series of ups and downs with a grade of 15 percent in some places. Our first Boy finisher was Cole Mullins, who completed the course with a time of 10:34. Casey Harris was next with 11:03 followed by Landon Mullins (11:08), Aiden Baumann (11:52), Gio Navarro (12:03), Cole Hutcherson (12:12), Nolan Reuter (12:16), Micah Arnott (12:20), Tim Shumaker (12:22), Will Leonard (12:30), Conor Youngblood, and Soren Donahue. With Casey, Cole, and Landon running well, it’s obvious who the top three runners are this season. However a full cross country team consists of seven runners, and after the top three there are several contenders. It’s going to be interesting to see which of the boys after the top three make the varsity squad to compete at the CIF Finals in November. 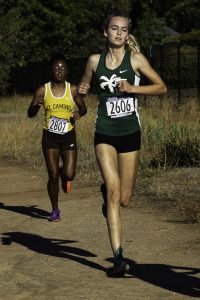 Abigail Hundley was our first Girl finisher over the same course with a time of 12:23. Freshman Dana Jennings was next for us in 12:41 followed by Jessica Ehret (13:05), Allison White, Anna Youngblood, and Ryan Brophy.

We have a two-week training break until our next meets, the Woodbridge Classic in Riverside and the Mt. Carmel Invite at Morley Field. We’ll split the team between the two meets as we can take only seven boys and seven girls to Woodbridge. The meets couldn’t be more different. Woodbridge runs at night at the Silverlake Sports Complex soccer fields and is flat and fast. Mt. Carmel uses the Footlocker National Championship course which is very hilly.

From the start of the 2021 season, the Coronado Islanders boys’ basketball team has had the look and feel of a team of destiny....
Read more

On Thursday, May 20, the CHS boys' and girls' track teams wrapped up their season with the final league cluster meet at Crawford High...
Read more
Sports

With smaller rosters and relaxed group restrictions, many coaches have combined their meets with other schools for more competition. Such was the case last...
Read more
Sports