After “the big spill” of February 2017, Imperial Beach (IB) took the strongest action possible by suing the U.S. section of the International Boundary & Water Commission (IBWC) for repeated violations of the federal clean water act.  IB asked Coronado to join their sewage lawsuit. Instead of locking arms with IB in the lawsuit along with fellow plaintiffs Chula Vista and the Port of San Diego for a united front and solidarity in the South Bay, Coronado City Council voted to give IB $50K and a gag order, while Coronado played the role of “good cop” pursuing a rogue “diplomatic approach.”

The City of Imperial Beach is one of the smallest cities with the least resources in San Diego County. To contrast, Coronado’s annual transient occupancy tax (TOT) revenue is around $17M, which is roughly equal to all of IB’s sources of revenue combined. Coronado recently spent $250K on the concrete “parklets” at 2nd & Orange, which is 5 times more than their monetary commitment to IB pursuant to the Reimbursement Agreement to assist with IB’s sewage lawsuit. Frustration boiled over a couple weeks ago when IB Mayor Serge Dedina said during a KPBS interview that the affluent City of Coronado “has done nothing to help solve” the sewage crisis. Due to the non-disparagement clause (paragraph 6.1) of the Reimbursement Agreement, such public criticism about Coronado’s approach to cross-border sewage is prohibited, and Mayor Dedina issued several written apologies within 48 hours (e.g., in the UT, in the Eagle, on social media, and in a letter to Coronado Mayor Richard Bailey). 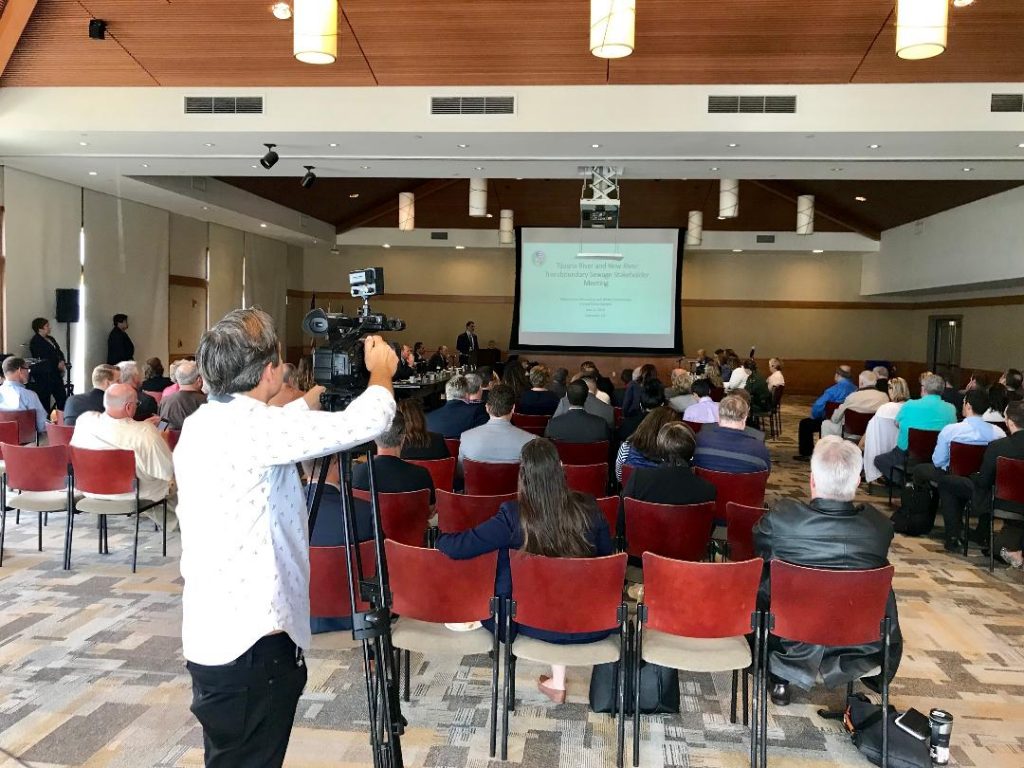 So now we fast forward to last week – on June 5th, 2019, Coronado hosted a Tijuana River Transboundary Sewage Stakeholder Meeting with the EPA at the Nautilus Room of the Community Center. As a sewage activist (attorney with Citizens Against Sewage and founder of Coronado Residents Against Poop) I attended this EPA TRV Stakeholder Meeting to observe and speak with stakeholders. Without exception, each stakeholder I spoke with (including public officials and representatives from IB, Port of San Diego, Surfrider Foundation, City of San Diego, Chula Vista, other NGO’s, and attorneys for the numerous litigants in the sewage lawsuits, etc.) rolled their eyes and expressed in different ways that this meeting was yet another of many such stakeholder meetings that have taken place over the course of many years… another meeting with more talk, but no action. 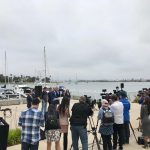 During the stakeholder meeting and press conference that followed, the overriding message conveyed by San Diego Mayor Kevin Faulconer, IB Mayor Dedina, and Port Commissioner Dan Malcolm (all whose respective entities are plaintiffs in sewage lawsuits against the IBWC), was that the time for talking is over, and the time for action is NOW.

Over the last couple years since “the big spill” there have been studies, more studies, and studies of studies… results of some studies were presented at last week’s EPA TRV Stakeholder Meeting, along with several options proposed for infrastructure improvements (e.g., flow diverters, increasing capacity of existing wastewater treatment plants, etc.).  These infrastructure concepts are nothing new… they’ve all been considered in different formats over the years. The message from Faulconer, Dedina and Malcolm was unanimous – sure, let’s do all of the above infrastructure improvements and more… but let’s get these solutions into a format where they can be voted upon to take action ASAP.  No more talking – time for ACTION.

It should be noted that during the presentations and Q&A’s at the stakeholder meeting itself, Coronado public officials including Mayor Bailey did not offer a single comment to the stakeholder dialogue. Mayor Bailey did provide opening and closing remarks to the meeting, (which sounded more like a toast at a wedding reception – thanking participants for attending, etc.), but Coronado did not have anything of substance to offer. Citizens Against Sewage met with each Coronado elected official last year (including Councilman Benzian and Mayor Bailey in advance of their first trip to D.C. in 2018), and it became apparent that their understanding of our regional transborder sewage crisis (including the role of each stakeholder, relevant infrastructure, water testing protocol, proposed legislation, and the history of the problem including previous lawsuits, etc.) was rudimentary at best. It is unclear who is advising the City of Coronado, but it is concerning that our City Council, who are essentially part time community volunteers with limited understanding of the sewage crisis, are the ones making important decisions on behalf of Coronado residents concerning the biggest environmental issue affecting our region. Last year I proposed a “sewage working group” with Coronado and other stakeholders to guide Coronado in their diplomatic approach and foster communication between Coronado and other stakeholders… City of Coronado has not replied.

For me, personally, when IB asked us to join their sewage lawsuit in 2017, it was a no-brainer to lock arms with them immediately, as a true friend and partner would do. I will continue to advocate for the “all of the above” approach, which entails doing everything possible to solve the sewage crisis including joining a sewage lawsuit, lobbying on both sides of the border, participating in a “stakeholder solution,” and raising awareness to the problem in whatever way possible including declaring a state of emergency during the next beach closure (cities of IB and SD have ongoing declarations of emergency for cross-border sewage).

In closing, yesterday (June 10, 2019) the San Diego Union Tribune Editorial Board published a piece that said: “the federal government had to be sued to get them to live up to the Clean Water Act.” It is apparent that any action and solutions for the sewage crisis are the result of the sewage lawsuits. Last week outside the Nautilus Room just after the EPA TRV Stakeholder Meeting I was chatting with a group of attorneys representing the plaintiffs in a sewage lawsuit, when one of them said: “That hotel right behind us [i.e., the Del] is the reason Coronado will never join the lawsuit.” I laughed and replied: “Yeah, I know Coronado won’t join a lawsuit… they won’t even issue a Nixle alert for beach closures.” 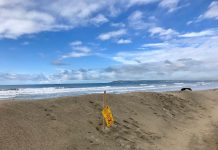 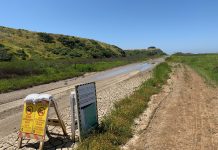 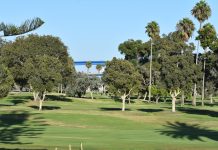 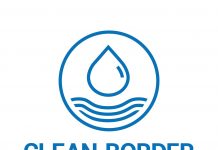