Coronado Islanders Track and Field held their end of season banquet last week. Below are the awards that were presented: 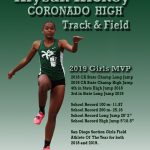 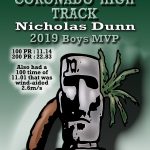 Rookie of the Year

John Cook
He was our only boy league champ. He’s a freshman and won the league 110 hurdles.