From the History.com website: Black History Month is an annual celebration of achievements by African Americans and a time for recognizing the central role of blacks in U.S. history. Since 1976, every U.S. president has officially designated the month of February as Black History Month.

Walking down Orange Avenue, attending events in town, looking around any of the school campuses, one might say that Coronado lacks diversity. Particularly, African American/Black diversity. That may be the case, but that doesn’t mean there isn’t black history here. While researching black history and Coronado, one of the most interesting stories that came up was that of Edward W. Anderson (1871–1953), who became the most prosperous black man in the early to mid 1900s in part due to winning a contract in Coronado with his already successful company, San Diego Rubbish & Garbage Company. Anderson also owned Silver Strand Ranch, where he had a meat packing company, and Anderson Meat Market. His specialty sausages won him prizes throughout the state and the title “Hog King of San Diego”.

Anderson and his wife, Mary, became the first to file a racial discrimination case, which they won, against then Fisher Opera House in 1897. His first business was IXL Laundry which became the largest steam laundry in the area and Anderson went on found other businesses like Anderson Mortuary, while also co-founding the San Diego branch of the NAACP.

Coronado High School is doing its part to recognize Black History Month. Principal Jenny Moore shared that the school is making morning announcements with poems, quotes and other black history facts over the intercom system for the students to hear, as well as posting this same content on their facebook page and sending it out in their emails. One example is the poem by Kwame Dawes, “A Way of Seeing.” When I visited the school, the librarian, Alana, showed me the two displays of books on Black History. In the hallway outside of the library hangs a beautiful, large oil painting entitled “Bob” by two junior students, Alyssa Agarwal and Summer Haddaway. I also saw posters in the hallway with messages honoring important figures in Black History.

In speaking with Principal Moore, she shared with me that the high school and also the district are working on adopting cultural educational programs for the students. It is clear she is passionate about making certain the students are provided information which will empower and equip them with open minds to that which is different than they are no matter who they are. With each passing day, it is more and more important to make sure the right messages are taught and included as part of who our children become. Kindness and compassion for others is in part that which can change our world. What our children hear at home, from other classmates and through the media, online, and through music doesn’t take long to be repeated. I have heard very derogatory language being used by elementary aged children and up to describe and label schoolmates whose skin is a different color. The color of one’s skin does not define a person. Are we teaching that message to our children? “Black boys are mean” is not okay to say, no exceptions; and it has been said by students here to other students here. As the mother of a daughter who is half African American, I will say this behavior has not been the predominant tone, but one time is too many. Disappointingly there has been more than one time brought to my attention in the past few months. Yes, it is in our neighborhoods, at our schools and on our athletic fields by and to both children and adults. 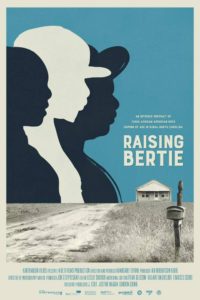 The Coronado Library screened the award-winning documentary “Raising Bertie” on Tuesday evening, Feb. 12. The movie was selected by Principal Librarian, Franklin Escobedo, for its connection with Black History Month, albeit this film is recent history. The film chronicles a six year coming of age journey in the lives of three black teens in rural Bertie, North Carolina. The discussion among those in attendance following the viewing was a feeling of overwhelming sadness and compassion. The guests agreed that while this movie was set in the south, we as a country and people should be doing more to help lift our fellow Americans in any way we are able.

One woman, who spends six weeks per year here but lives in Minnesota, shared that she would “pay more taxes” if that would change the future. “Raising Bertie is an experience that asks us to see this world through their eyes, inciting recognition of lives and communities too often ignored.” Currently, the Library also has a selection of books displayed on a table entitled “African American History Month.”

Recently, within Coronado, there’s been talk and social media discussion about racial discrimination on the streets and in the schools. This brings these issues to light and is a starting place for conversations that need to be had in our community, at our schools and at our dinner tables. Learning and gaining an understanding of history enables an educated conversation, and is the beginning of doing versus expecting someone else to take action. Listen and learn. We as a community and society continue to have work to be done.

In view of the City of San Diego’s decision to close all of its beaches, parks and trails, Coronado Police and Lifeguards are closely...
Read more