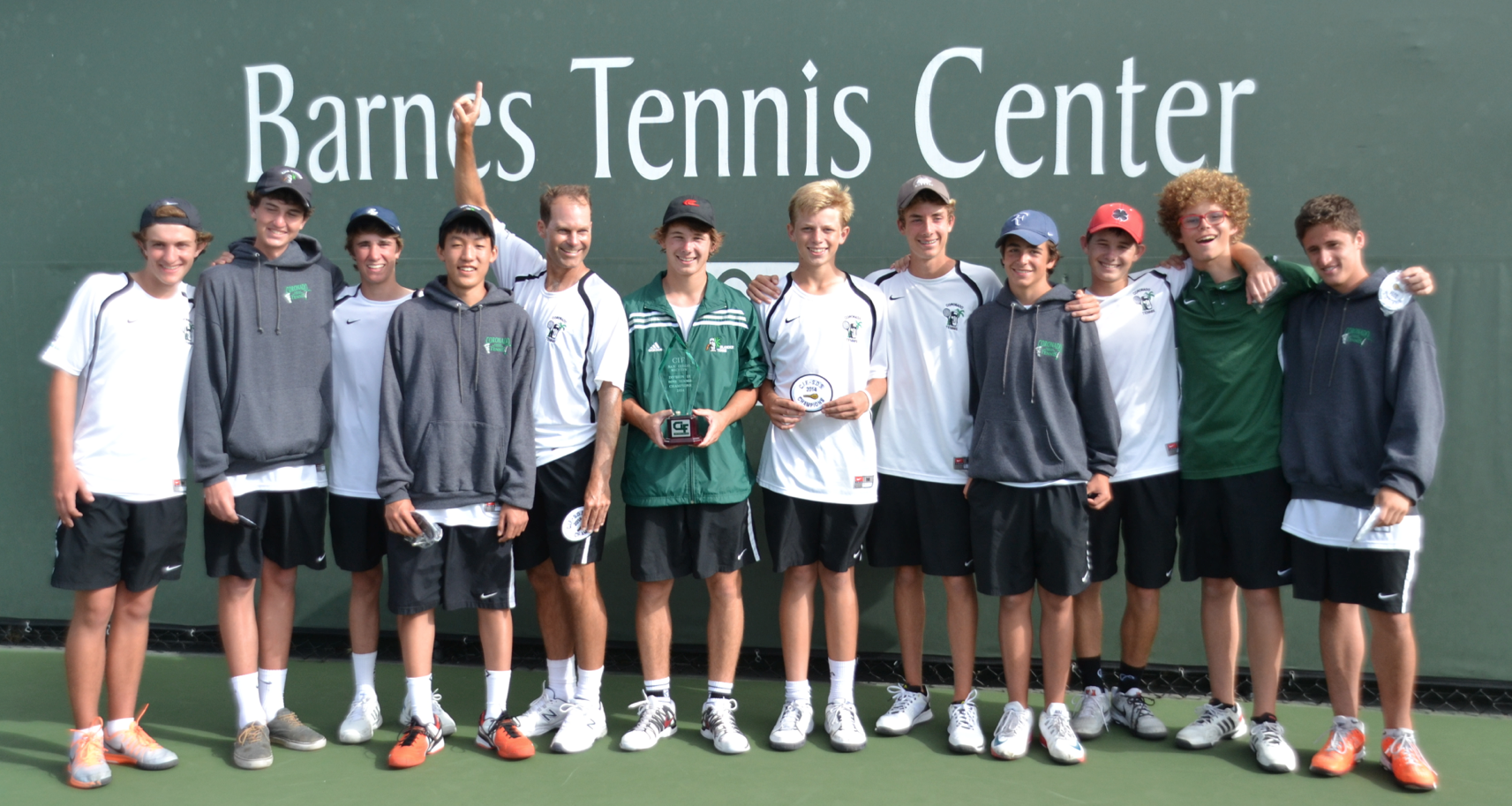 UPDATE: Coronado won the first round vs Ramona in a convincing 18-0 win! Come out and watch as they play Mt Carmel in the CIF Team Quarterfinals Wed 6 May at 3:15 to 5:30pm at CHS courts.

The Coronado High School Boy’s High School Tennis Team is playing in the San Diego Team CIF tournament this week. Because Coronado is seeded #2 in Division I, CHS will serve as the host site Tuesday (5 May), Wednesday (6 May), and Thursday (7 May) at the Coronado High School courts from 3:30 to 5:30 p.m. each daily. And if the boys win, the CHS Boys will likely play against La Jolla Country Day on Friday, May 8, at 1 to 4 p.m. at Barnes Tennis Center. Says Coach David Brummitt, “Please come see the 2 nationally ranked juniors Billy Rowe and Ryan Seggerman defend their 2014 CIF Championship as they push for a second championship! We need loud supporters to cheer the team on!”

Good afternoon,Today is a day of conflicting emotions.Our staff says goodbye to our students which annually evokes feelings of sadness, excitement, and gratitude. We...
Read more
Education

The end of a school year is a time filled not only with tests, but also with engaging activities, presentations, and school gatherings. CCDS...
Read more
Education

Submitted by Khara HarknessI am part of the 75% of white people that occupy Coronado.Coronado is currently at a complete stop. COVID19 is rapidly spreading across the world causing...
Read more
Community News

City of Coronado STATEMENT May 31, 2020TO:         All Coronado residents, businesses, and guests:In view of the violence and property destruction that has occurred throughout San Diego...
Read more