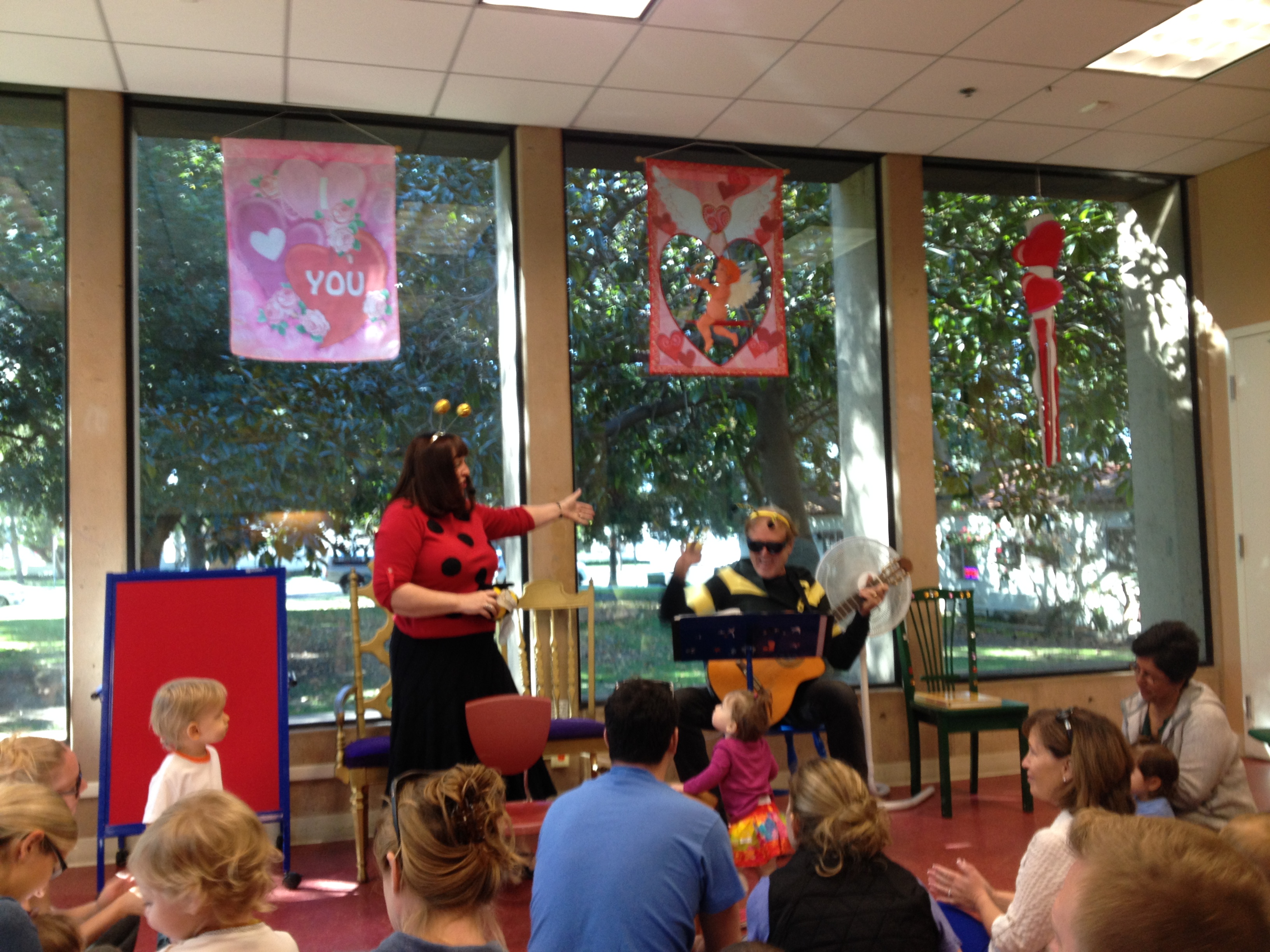 Every Tuesday and Friday at the Coronado Public Library, Jean and Mike Stewart make popcorn with their loyal following of enthusiastic toddlers. The weekly story time, filled with plenty of singing and dancing, has become a weekly tradition that has proven to be more than just reading stories.

Married for 32 years, Jean and Mike Stewart lead the weekly Toddler Time on Tuesdays and Fridays. The 20-minute story time session, which is geared towards the very youngest attention spans, includes stories and live music. Jean, who is on staff at the library, reads and Mike accompanies the stories on guitar. Each week, a new theme is introduced; themes range from zoo animals, bugs, things that go, safari adventures and even foods that are orange. It introduces young children not only to books, but to music and socialization, by offering an experience that contains repetition through familiar songs, people and activities.

Prior to working at the Coronado Library, Jean served as the Youth Services Coordinator at the San Diego Public Library from 1982-2007. After a brief hiatus, she returned to the library system in 2011 when she began working in Coronado. Anxious to get back to working with children, she and her husband Mike revamped the story time program. Mike, who has a background in elementary education, wanted not only to expand the library’s program, but return to working with kids and help support a program that serves many of Coronado’s military kids as well. He calls it his own personal “USO service.”

Over the years, they’ve developed a good following of loyal attendees. There are weeks where it’s standing room only in the Ruby Room. Mike recalls that many of the kids who at first were weary of him, now recognize him. They get used to the rhythm of the session  which typically begins with a song and is then followed by a couple of short stories with a few other songs mixed in, including the ever-popular popcorn song. It’s just as much of a social experience as it is a learning experience. As the children become more familiar with the structure and patterns, they begin to loosen up and start participating where they were once just observing. 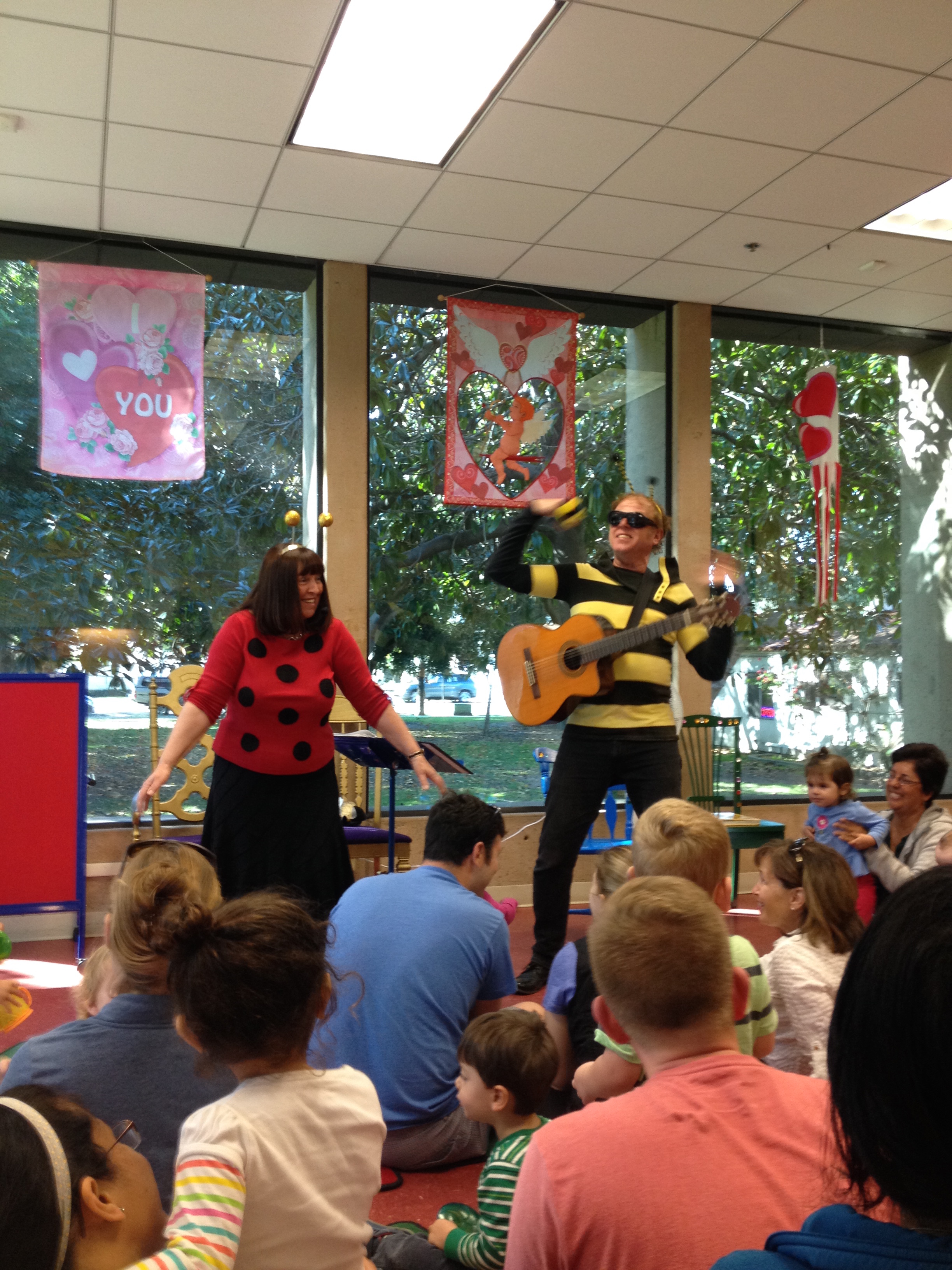 And a party it is. Each session, it’s easy to see how much joy the participants are experiencing  parents and kids alike. Everyone is up on their feet dancing, clapping, stomping their feet, enjoying every moment. But it’s not just fun that’s taking place. At the core of this program is learning  both a love of reading and music. Music stimulates the brain and together with the story component, exercises both the left and right sides. According to the Johns Hopkins School of Education, music helps us learn because it will:

It’s also an opportunity for the two and three year olds to learn social skills  sitting and listening, participating and even taking turns when it’s time to grab their shaker egg at the end of the session (which Jean ensures are washed each week to help prevent the spread of sickness).

And it’s a time when friendships are cultivated. With Coronado’s strong military presence, the weekly story time provides an opportunity for new moms (and dads) in the area to meet other families and children, providing just a little bit of structure and even more fun.

The feedback from the parents has been positive throughout the years. Mike recalls some kids bringing their own guitars to story time and others who have requested their parents “act out Jean and Mike” at home. 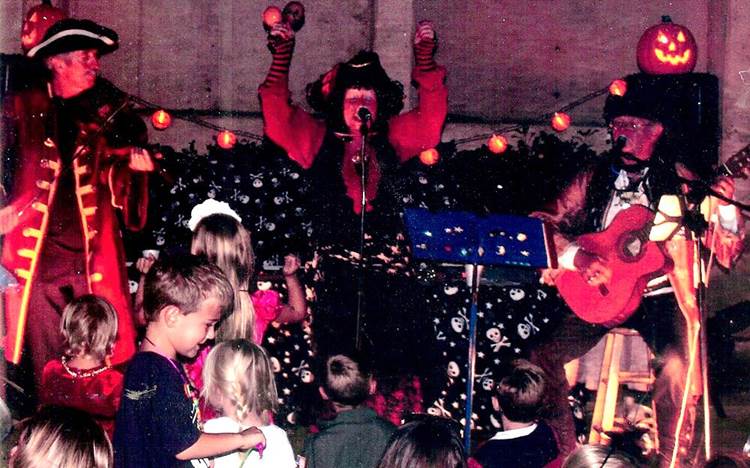 But Jean and Mike don’t just bring their magic to the children of the Coronado Library. The couple has, naturally, a great love of music and has their own band  the Raggle Taggle band, a San Diego-based musical group that specializes in Celtic, Irish, Jazz and even Pirate music. They’ve performed all over the county at conventions, Renaissance fairs, banquets, cruise ships and even the San Diego Zoo Safari Park.

Following the toddler story time, the preschool story time is held, also including stories read by Ellenjoy Weber, who is the senior librarian for Children’s Services. Mike accompanies on guitar, and the session is a bit longer, to meet the needs of an older age group. Photo Credit: Raggle Taggle Band

Jean and Mike, who never had children of their own, have combined their love of entertainment, reading and education to further develop a program that has grown by leaps and bounds during their tenure. Their ingenuity and imaginative approach to early childhood literacy and education have made their story time sessions one of the most valuable and popular weekly routines for families in Coronado.

“This has been a total pleasure,” says Jean. “It’s truly a dream job  my twilight career!”