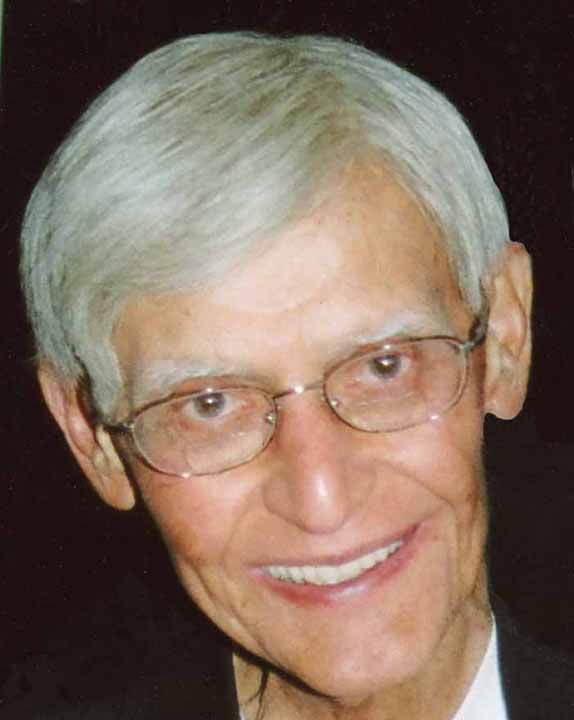 CORONADO  At the impressionable age of six, Jim Giacobine had hernia surgery. Even at this young age he was intrigued by the amount of respect everyone seemed to show his surgeon. When young Jim returned home, he told his mother that he wanted to be a doctor. And his life’s course was set.

Giacobine went on, despite the Great Depression, despite hailing from a poor Pennsylvania family, despite bad grades, to become a prominent cardiovascular surgeon who worked alongside Dr. Michael De Bakey (a medical pioneer considered to be the greatest surgeon of the 20th century). Giacobine later went on to be a founder of world famous Eberle Winery in Paso Robles, CA. 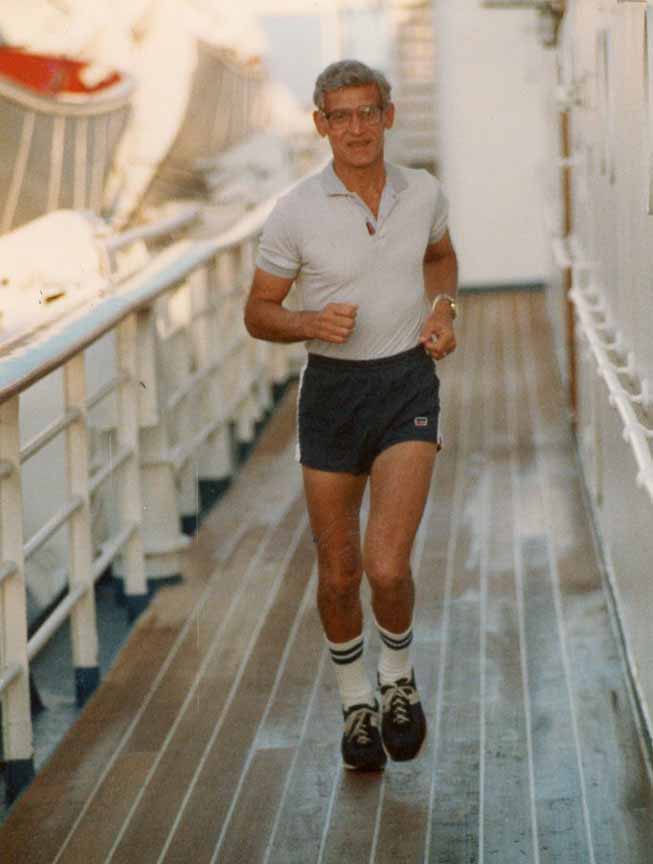 Enjoying a jog while cruising in the Hawaiian Islands.

James W. Giacobine, Jr. was born May 17, 1919. He died peacefully in his sleep at Silverado Senior Living Encinitas. He died of complications from Alzheimer’s disease at the age of 95. He had lived in Coronado since 1982 with his wife, Jeanne.

Jim Giacobine was born the oldest of four children to Laura Gombieski and James W. Giacobine. His mother emigrated from Poland with her parents as a child. At 15 she was given to a 30-year-old Polish immigrant in an arranged marriage. She was not pleased with the idea, and subsequently eloped with 19-year-old Giacobine, a roofer and furnace man. She had her first child, Jim, at the age of 17. 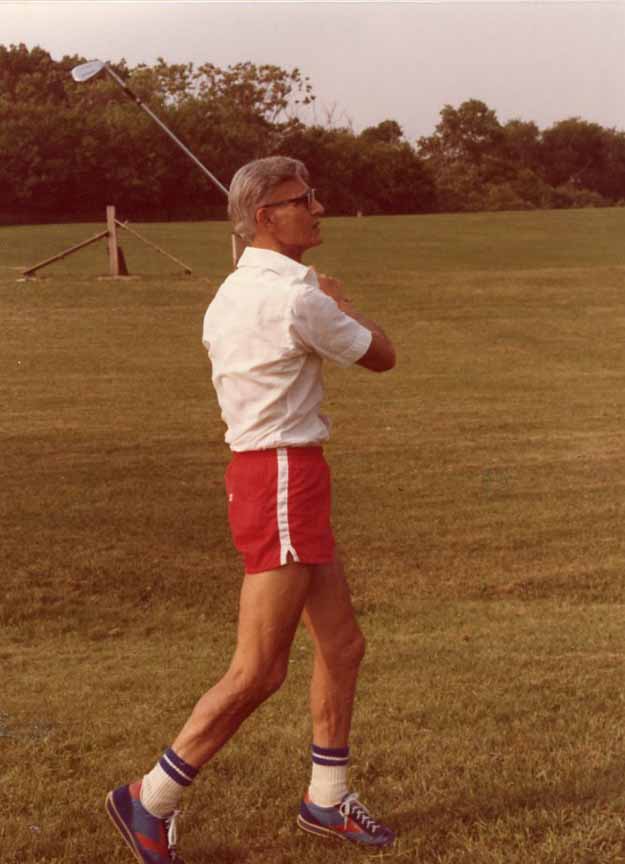 The family did well during the 1920s and built a house on Neville Island, an extremely fertile seven-mile by half-mile island in the Ohio River just north of Pittsburgh.

Getting young Jim Giacobine through Medical School became the family goal, but the path was fraught with challenges. When the Great Depression hit, Jim’s father lost his job with the railroad. It appeared as though they would lose their home too, but Jim’s mother began to use her skills and the resources around her home. 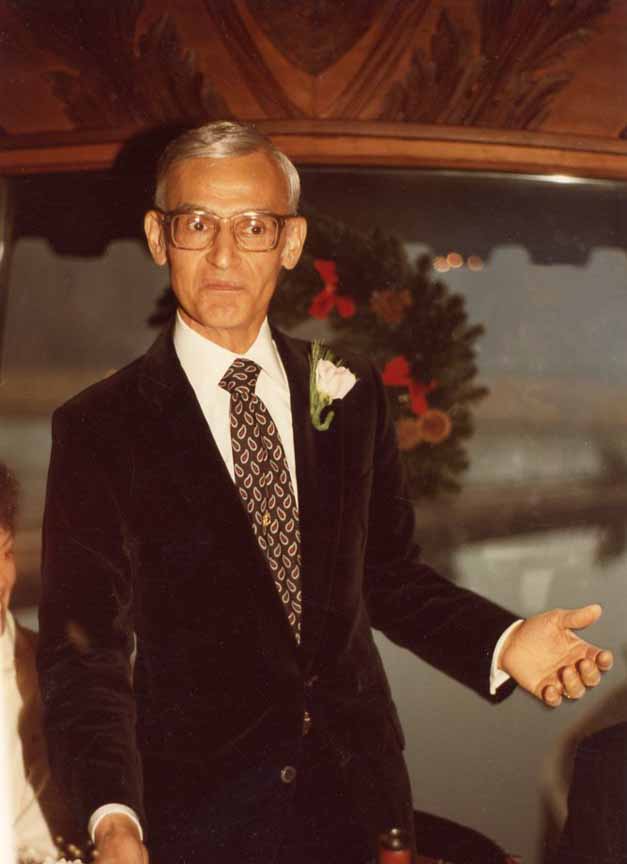 She planted corn, tomatoes, and a variety of vegetables that she sold from a stand alongside the road. She enlisted Jim and his brothers to go door-to-door throughout surrounding neighborhoods, selling fresh vegetables.

His father built a small greenhouse behind their home, and they began to slowly grow and prosper. They bought several more acres of land and built a larger greenhouse where they created a nursery as a source of flowers – both annuals and perennials. This attracted a wealthy clientele, one of whom would play a major role in Jim’s future. 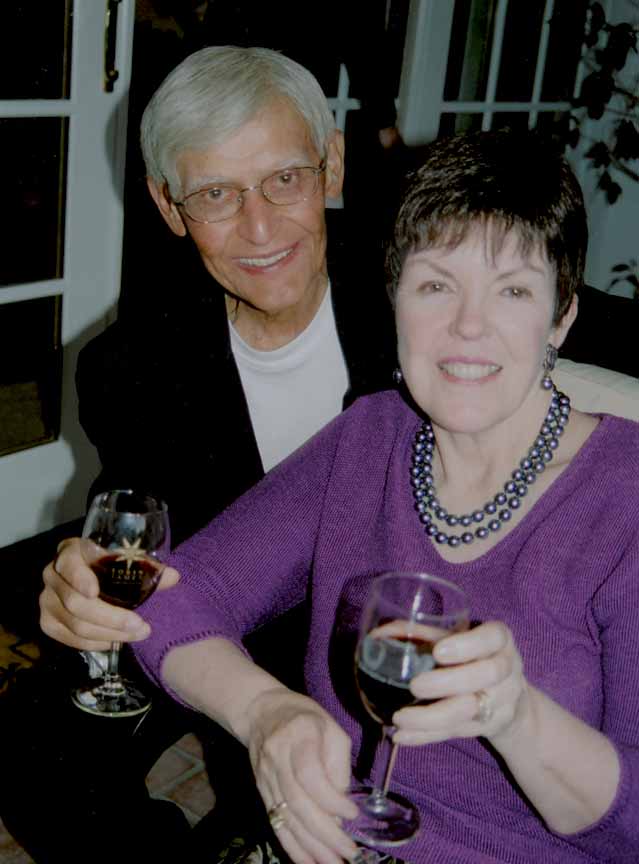 On March 16, 1936, the worst flood in history hit Pittsburgh and Neville Island, where the Giacobines lived. The ground floor of their home was flooded and the family was fortunate to escape to a second story porch and then a small boat that took them to refuge at the local Presbyterian Church.

The waters rose 46 feet within two days and more than 100,000 people lost their homes. History would record this as, “The Great St. Patrick’s Day Flood.”

The women of Sewickley notified the Pittsburgh Press about the Giacobine family and their hardships, which resulted in a two-page article and photos of Laura Giacobine and her children. 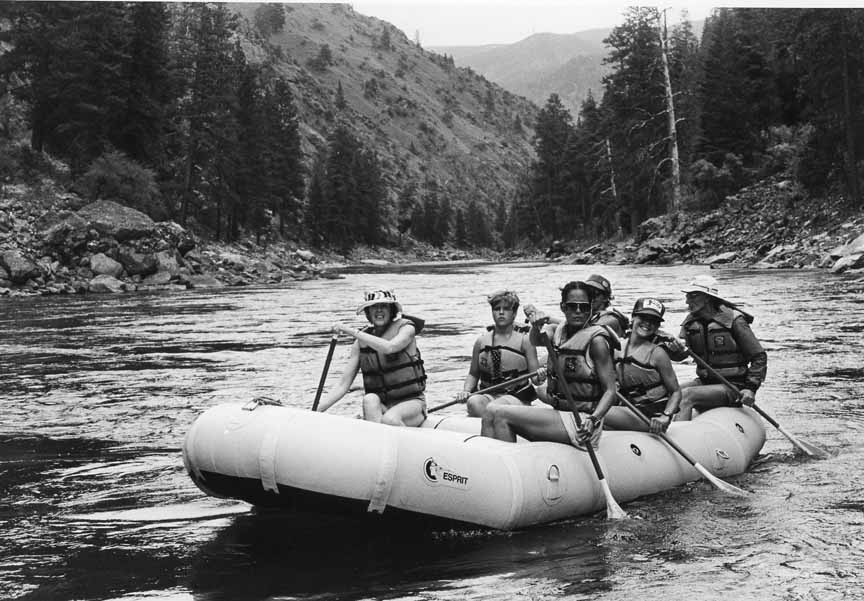 Rafting trip on the Salmon River.

Margaret Campbell, a wealthy spinster from South Carolina who had been a regular customer of the Giacobines, became an active advocate for the family. She lent money to rebuild the family greenhouse. She also helped with Jim’s college education. Her one caveat was that Jim must promise to return and do his internship at the local Sewickley Hospital.

She then used the Pittsburgh Press article to successfully lobby for Jim’s admission to the University of Pittsburgh Medical School. 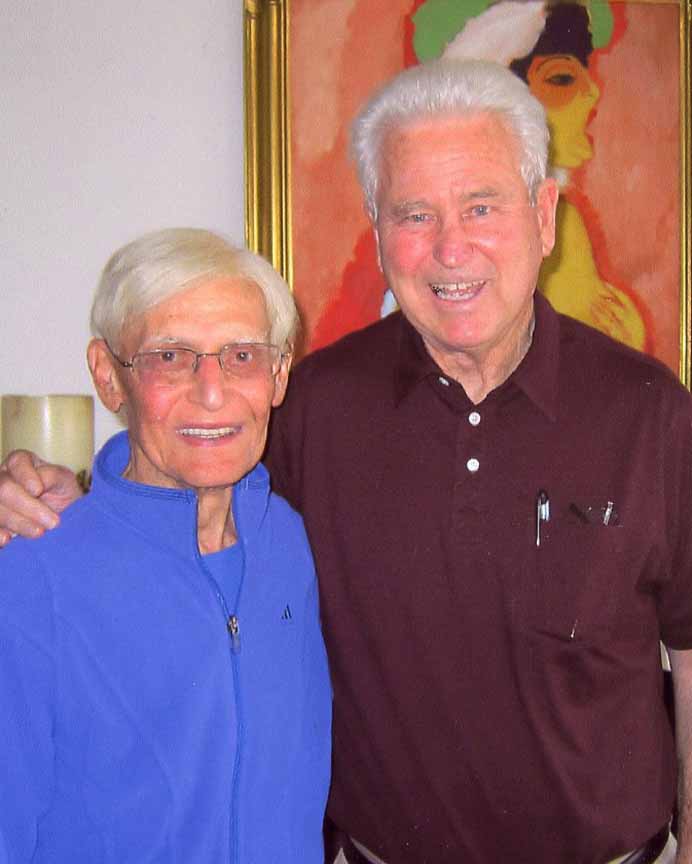 Throughout his life Jim remained grateful to two women – a homeroom teacher whose tutoring took him from the bottom to the top of his high school class, and Ms. Margaret Shaw Campbell, who sponsored his medical education.

As promised to Ms. Campbell, Jim completed his internship at Sewickley Hospital, and after five years of general practice embarked on ten years of training in cardiovascular surgery, including two years with the legendary Dr. Michael De Bakey in Houston. 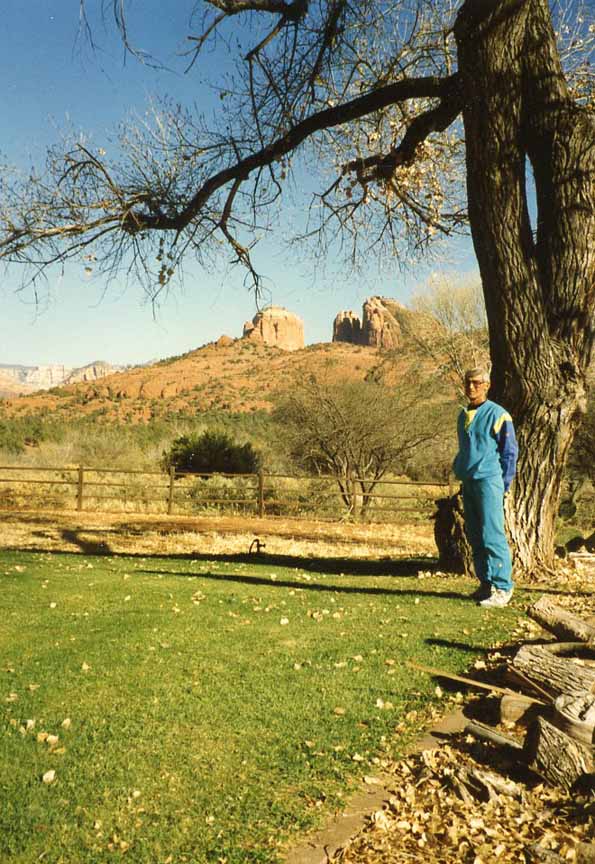 Dr. Giacobine loved the outdoors, whether it was river rafting, sailing or just enjoying a moment under a tree.

He joined the services of 13 hospitals in the Pittsburgh area and gave lectures to surrounding medical societies using movies and slides to bring this innovative specialty to life around Ohio and West Virginia. In 1962 the new Department of Cardiovascular Surgery opened at St. Francis Hospital with Jim as its chief. 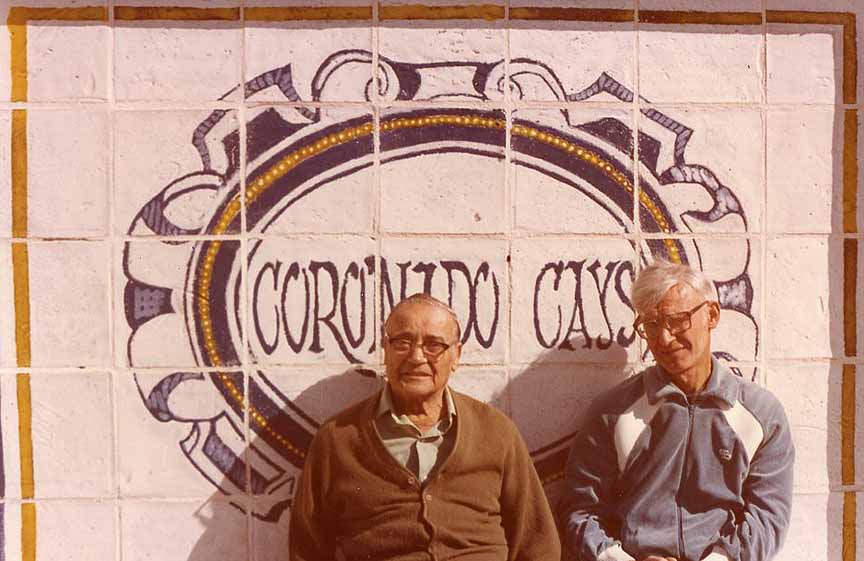 Over his 20 years as chief, Jim’s service performed hundreds of open-heart surgeries a year, in addition to thoracic and peripheral vascular procedures. From the beginning of his surgical career, Dr. Giacobine insisted his patients attend his lectures on diet and exercise with their families before he would operate on them. He attributed their extended post-surgical life span to their life style changes. He continued to be an untiring advocate for these changes in the lives of all who would listen.

In his retirement Jim Giacobine returned to his roots when he and his half-brother, Gary Eberle, founded Eberle Winery in Paso Robles, CA. “Jim and I were more like a father/son than brothers,” said Eberle. “He’s 25 years older than I am. I didn’t get to know him until he moved to Coronado, California about 1981. I was living in Paso Robles then.

“When I built the winery in 1983, he became my major partner,” said Eberle. “I have a small plane, and we would travel together on two-week trips across the country to huckster wine. We became quite close very quickly, and have remained so.” 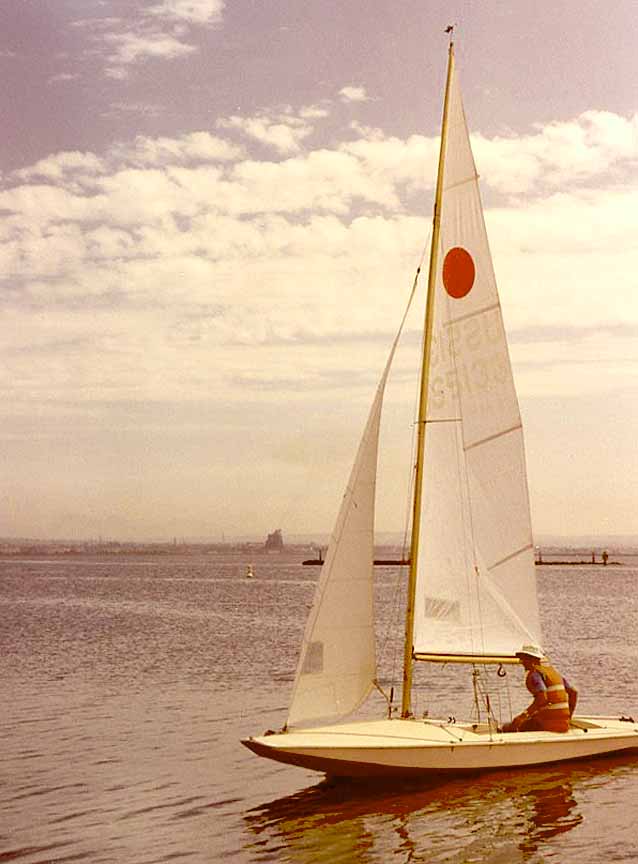 Eberle described Jim as the one who everyone looked up to as the intellectual member of the family. “He came, as we all did, out of near-poverty to become quite successful as a surgeon. He worked his butt off. He’s very intelligent and had a marvelous work ethic. He was an admired and sought after surgeon.”

Dr. James Giacobine graduated with a B.S. from Pennsylvania State University in 1941, and received a degree in medicine from the University of Pittsburgh in 1944. He was director of thoracic and cardiovascular surgery at St. Francis Health System (Pittsburgh) from 1962-1982. 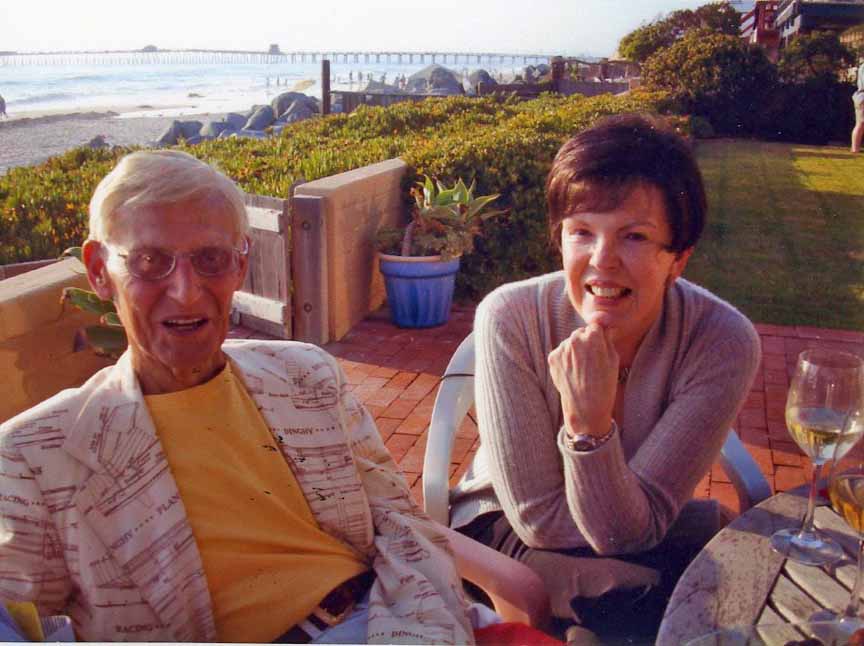 Enjoying a warm afternoon together – Jim and Jeanne Giacobine.

Dr. James Giacobine was a member of the American Medical Association, the Allegheny County Medical Association, American College of Surgeons, American College of Chest Physicians, Society of Thoracic Surgeons, and Alpha Omega Alpha, and served on the board of directors for most of those organizations. He received the distinguished Alumni Award from Pennsylvania State University in 1976.

Jim loved sailing, gardening and exercise. He spent much of his retired life living at the Coronado Cays with his wife, Jeanne. The two of them could frequently be seen traversing the waters of South San Diego Bay in their rowing sculls. Jim was also a member of the Coronado Cays Yacht Club. 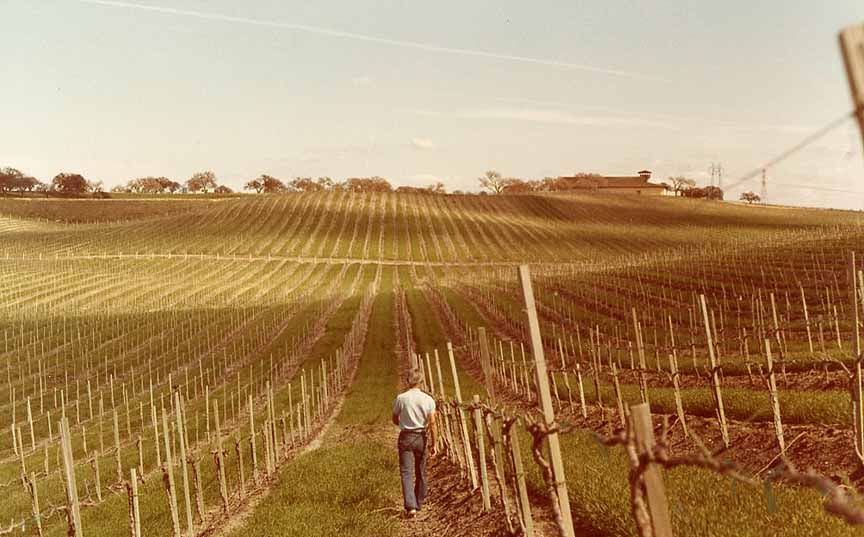 In accordance with Jim’s wishes, no services will be held and his ashes will be scattered at sea. The family requests that, in lieu of flowers, donations be made in the “Memory of Dr. James Giacobine,” to the Boys and Girls Club of Imperial Beach. The family also wishes to acknowledge the wonderful care he received at Silverado Senior Living Encinitas during his illness.

For more information on the delicate process of final tributes such as this,