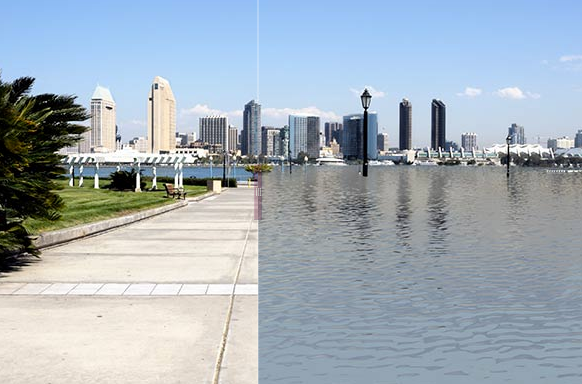 By 2300, these iconic cities could be underwater.

Last week, researchers announced that six major glaciers in West Antarctica have “passed the point of no return” and have begun “early-stage collapse.” It’s the kind of news we’ve come to expect from climate change, but the stark language and eye-popping implications made the news feel a little bit different.

To me, “collapse” and “point of no return” conjures up the mental image of humanity riding a freight train off a cliff. While those words are surely frightening, in this case the good news (if you can call it that) is that full-on collapse and the resulting 10 to 13 feet of sea level rise from an Antarctica with less ice will be a relatively slow process, at least on the scale that you or I could perceive in our lifetimes. Still, the realization that this change is now inevitable came as a shock to many of us.

Click here to read the entire Slate article and then scroll down to see the Coronado image and play with the ‘water levels’.

“As a Naval Aviator I understand the challenges these families face in support of their military member. WOASF works to provide college scholarships to...
Read more
Uncategorized