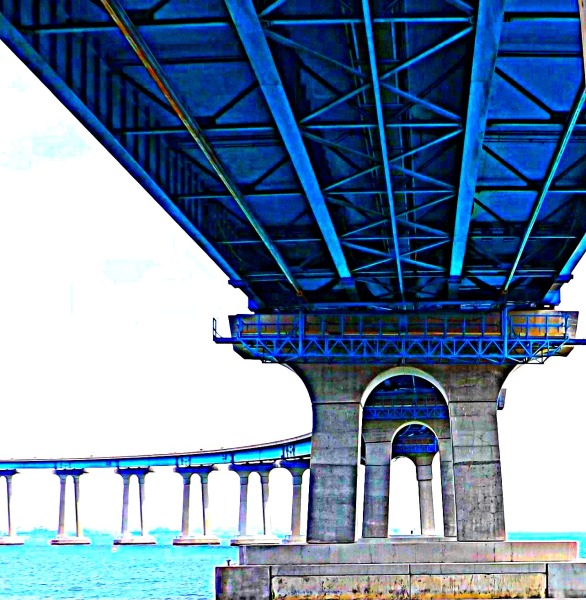 Last month, eCoronado.com featured the first story in a series that discusses suicide awareness and prevention. September is recognized as Suicide Prevention Awareness Month; however, suicide affects people every day, in every month of the year. Sadly, suicide is the 10th leading cause of death for Americans, but the good news is, suicide is 100% preventable.

Coronado local Melissa d’Arabian is best known for her Food Network series Ten Dollar Dinners (and New York Times best-selling cookbook that bears the same name), but for the past several years, Melissa has been dedicated to raising the national awareness of suicide and suicide prevention. At age 20, Melissa lost her mom to suicide, an event that understandably changed her life forever. She is now active with the American Foundation for Suicide Prevention (AFSP) which is the leading organization for suicide awareness. This past spring, she was awarded the prestigious “Survivor of Suicide Loss Award” from the organization at their 25th Annual Lifesavers Dinner.

“It was a huge honor to receive this award,” d’Arabian says. “It was presented to me by Mariel Hemingway, who has also been deeply touched by suicide. I also had the honor of presenting that same award to her previously, so it was amazing to see how it had come full circle for me.” 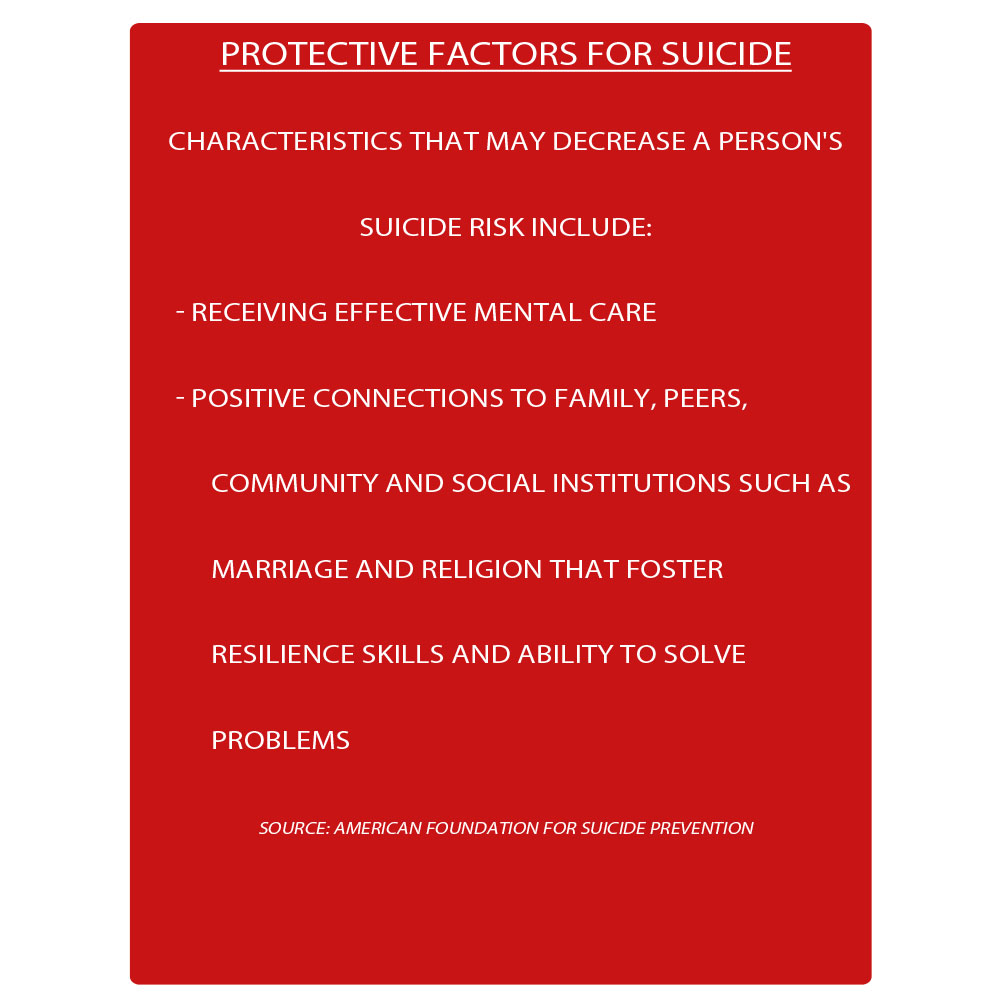 One of the biggest misconceptions people have about suicide awareness and prevention is being afraid to talk about it. It’s widely believed that by bringing up the subject of suicide to someone who is struggling and displaying risk factors, it will make that person consider or complete suicide. However, research shows that people who are stopped are grateful that someone intervened. And many times, they don’t reattempt suicide.

“We as a community have to talk about it,” said d’Arabian. “We need to hit on all areas of the spectrum, by helping to reduce the stigma, by helping survivors and with crisis intervention.”

But why is there a stigma? According to SDSU psychologist Jada Cade “questioning your own mortality is an expression that can be viewed as a vulnerability or a weakness.”

Cade points out that suicidal ideation can be active and passive. Passive ideation includes thinking about or contemplating suicide while active ideation involves a specific plan. In either case, it’s important to recognize the warning signs and be a resource for help.

Many factors can make getting help difficult, but fortunately, there are many local resources that can help ease the process.

AFSP’s Out of the Darkness Walk 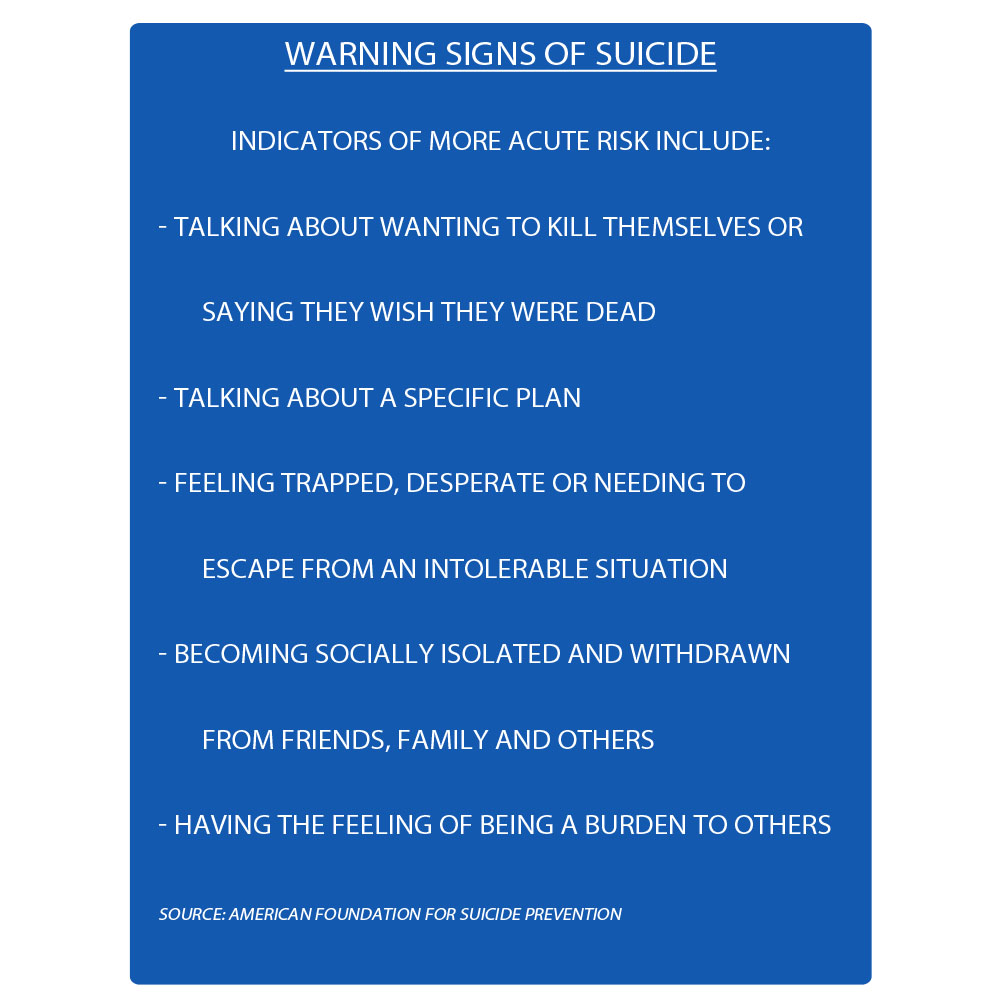 The San Diego Chapter of the American Foundation for Suicide Prevention (AFSP) is holding the 8th Annual “Out of the Darkness” 5k walk on Saturday, October 19 at the Embarcadero Marina Park. The walk is free to the public and begins at 10:00 am following an opening ceremony.

Nearly 1,500 participants are expected at this year’s event, making it the largest turnout since the San Diego walk began in 2005. It will include a community resource fair, survivor activities a remembrance tent and new this year, PAWS for Prevention.

AFSP Area Director Jessica Vanderstad says that strengthening local efforts is extremely important as suicide affects the entire community. For more information on the walk and to register, visit www.outofthedarkness.org.

Melissa d’Arabian believes in a world without suicide.

“My greatest hope for those affected by suicide is that we can let them know they are not alone, and that we can come together in raising awareness and action,” she says. “My hope is that I don’t have to see another youtube video of a teenager who felt like suicide was the only option. My prayer is that no soldier feels alone and misunderstood and like suicide is the only relief. That moms waking up tomorrow in that whirlwind of despair know that there is a hand waiting to break through the vortex and hold theirs.”

It’s Up to Us San Diego (Health and Human Services)
www.up2sd.org

This story is the second part of a series discussing suicide prevention. To view them all, click here.