During the early days of Spanish and Mexican rule, San Diego Bay never was formally surveyed. Sea captains navigating its entrance and waters depended on stories passed down by others to find channels among the bay’s infamous sand bars. The first American naval vessels that entered the bay during the Mexican War even brought their own buoys to mark shallows, obstructions and bars.

Immediately after the United States gained Alta California by treaty at the end of the Mexican War, Congress directed that the U. S. Coast Survey chart California’s shores and navigable waters.

Survey ship Alert under the command of Commander James Alden carefully measured and charted every inch of San Diego Bay, Mission Bay (then named False Bay) and the San Diego and Coronado shorelines beginning in 1852. The results of this detailed survey  the first such formal mapping of San Diego waters  were published in 1857.

This first formal seaman’s chart was quite eye-opening  a Google Earth image in time. The bay proved to be extraordinarily shallow, ocean-going ships could proceed no further than the port’s quarantine anchorage at La Playa and the main channel made a sweeping “S” turn as it passed by Ballast Point.

North Island is clearly delineated as is the shoreline of early Coronado with Glorietta Bight peeking out by itself. The buildings of Old Town are distinctly indicated as is the site of “New San Diego,” but (most importantly!) on this first-ever chart, North Island and Coronado are officially and authoritatively labeled as “THE ISLAND.” (BL) 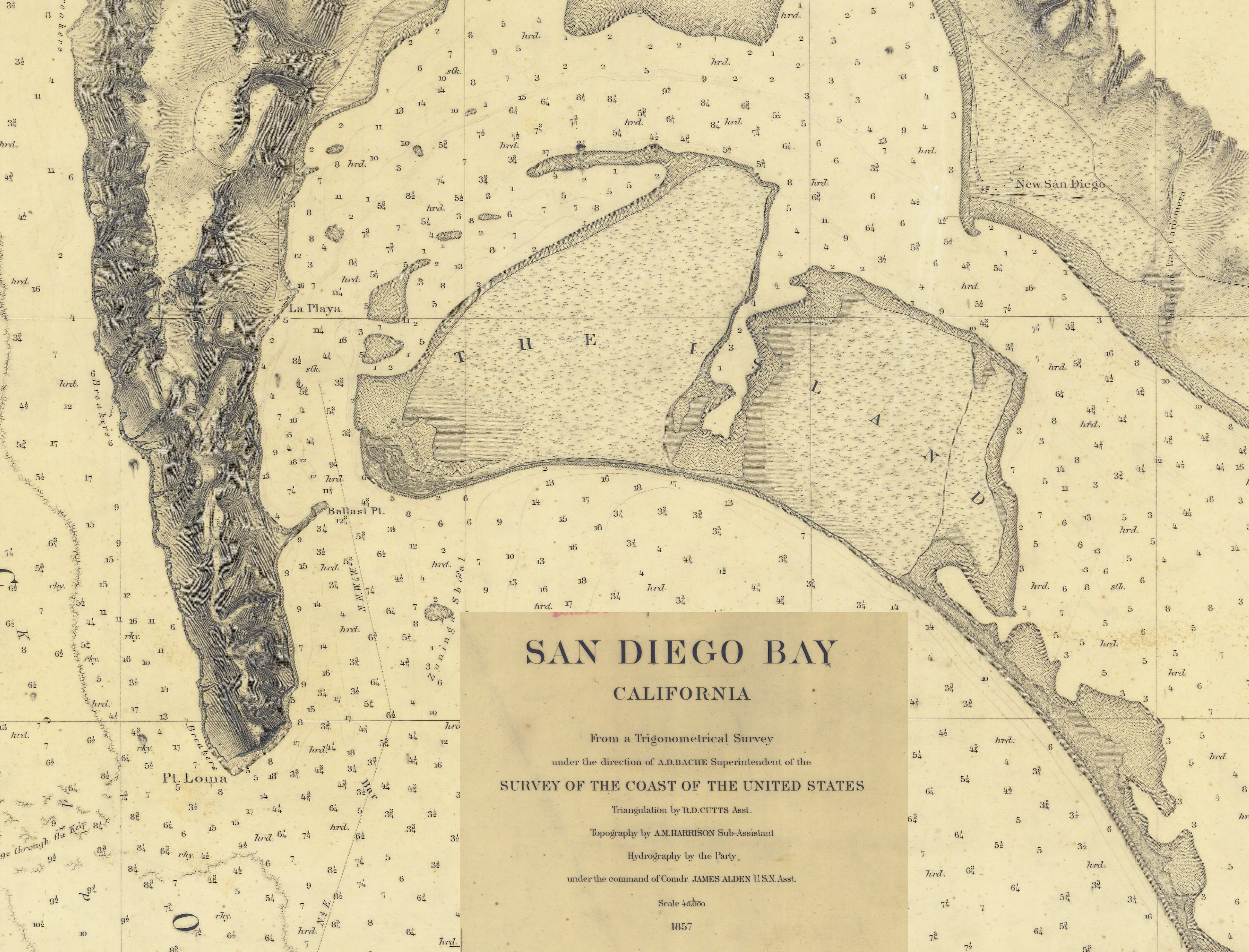 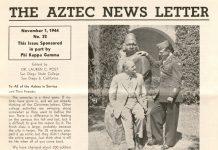 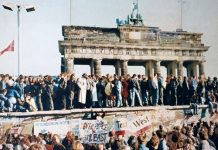 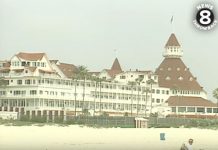 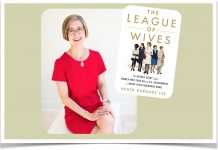 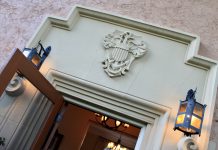 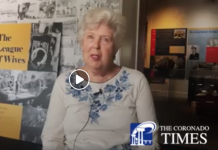 Coronado’s Connection to “The League of Wives” (Video) 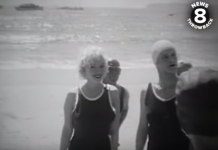 Throwback Thursday: 1958 Marilyn Monroe Filming “Some Like it Hot” (Video) 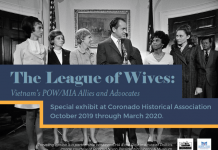 The League of Wives Exhibit and An Evening with Heath Lee 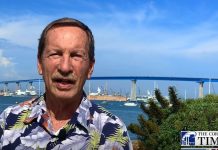 Bill Ring Talks About the Building of the Bridge