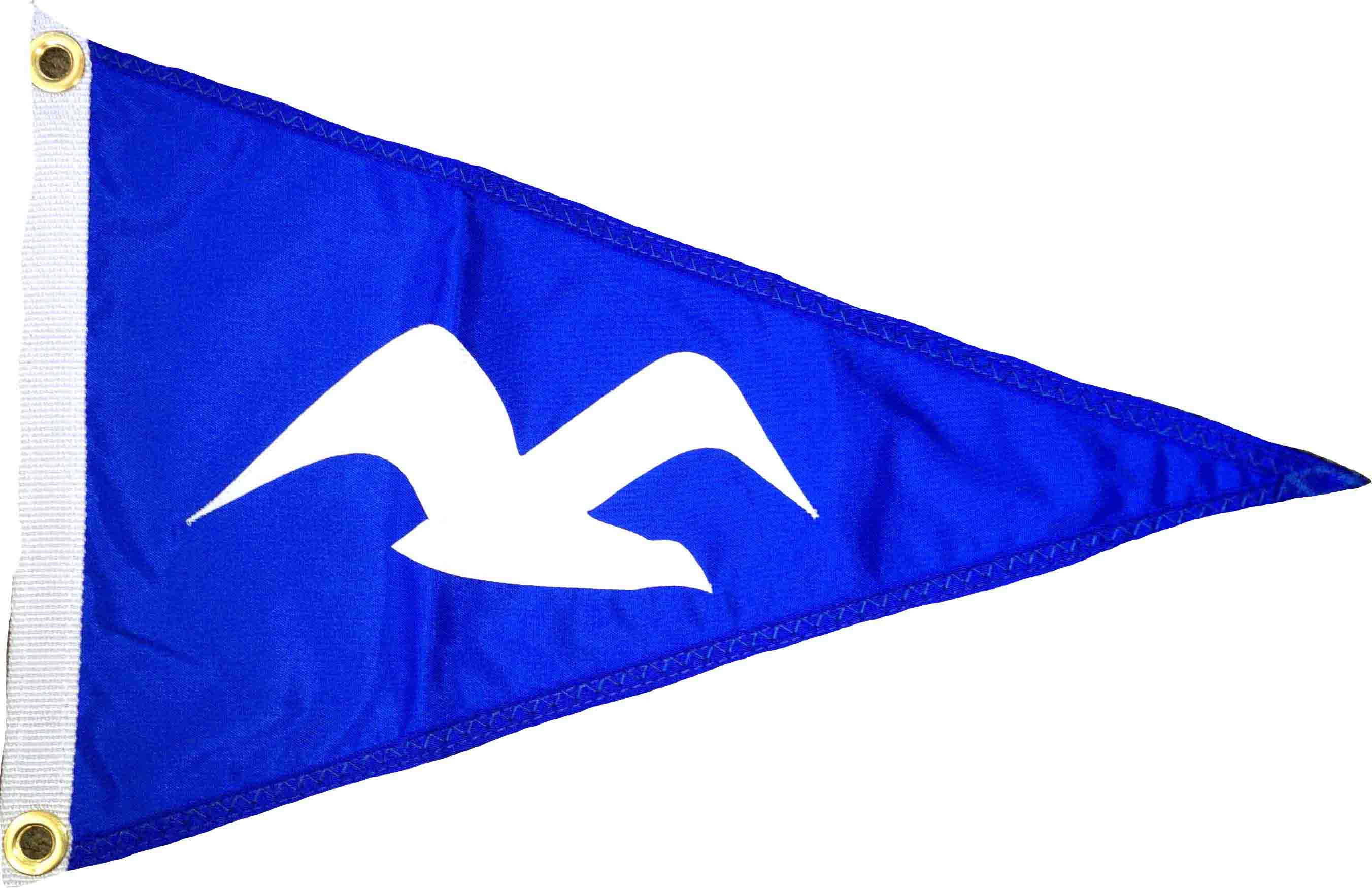 A “Burgee” is a flag, usually small and swallow-tailed, and used today as a symbol of a yacht club or sailing organization.

The history of burgees began in the nineteenth century when ship-owners custom-designed their own “private signal” that generally flew from top of the ship’s tallest mast. These were unique to every ship so that a ship could be recalled to land by a corresponding flag signal ashore. When owners began to own more than one ship, these “private signals” soon became associated with “company” flags or flags for different shipping lines.

The first yachting burgee probably harkens back to 1875 when privately-owned boats of the North German Regatta Club flew a club flag not so much for loyalty but to draw a customs exemption from the vigilant officials at the Port of Hamburg. 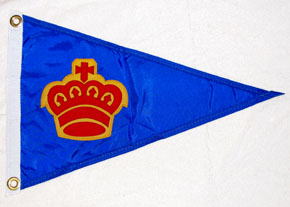 Today in the United States, there are thousands of different burgees  fun, symbolic, artsy, eye-catching, and with colors that range from Aqua to Zaffre. In Coronado we have three stylish burgees associated with: the Coronado Yacht Club, the Coronado Cays Yacht Club, and the Navy Yacht ClubSan Diego at the Fiddler’s Cove Marina on the Silver Strand.

From its opening days, the Coronado Yacht Club captured an emblematic crown for its burgee. The Navy Yacht Club began its operation with a blue-and-gold burgee (for obvious reasons) and then in the early 1980s added a distinctive red sailboat and stars. In 1972, the Coronado Cays Yacht Club held a competition for its burgee design with Jeanne and Don Parkinson winning for a whimsical yet conspicuous white seagull on a blue field. (BL) 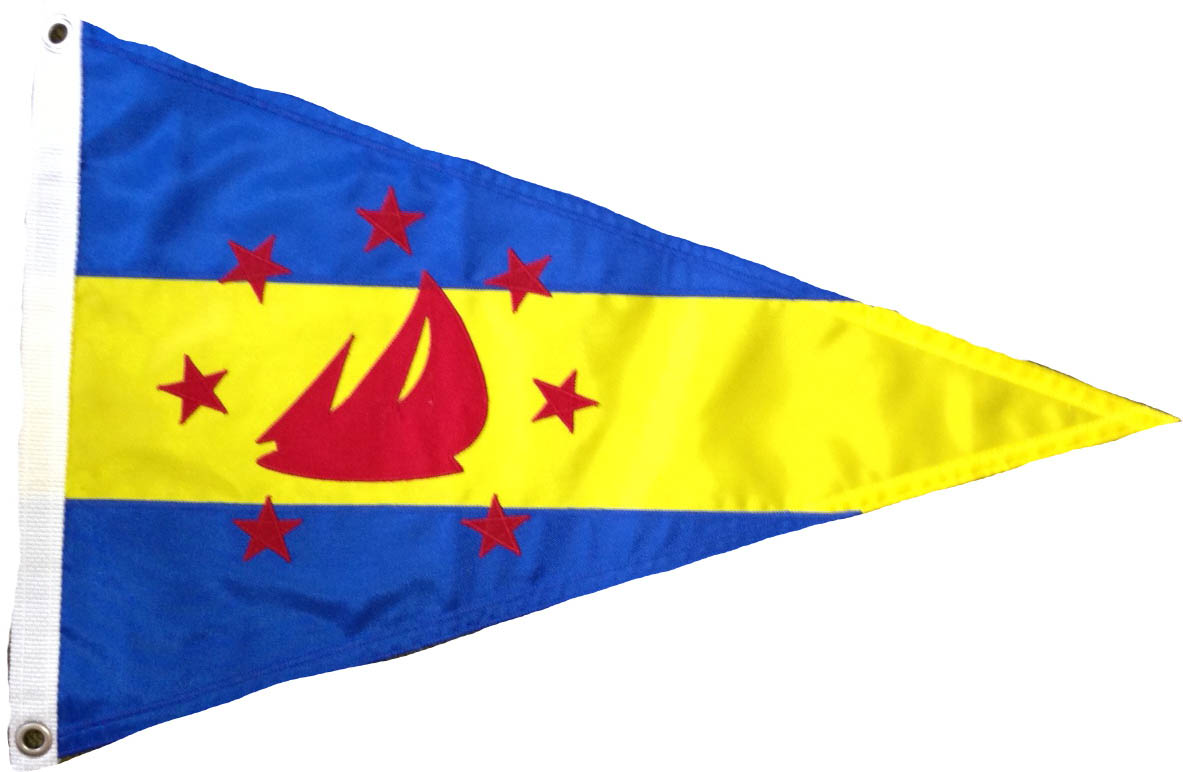