WHAT: Naval Base Coronado will host the 2013 Annual Beach Clean-up in effort to protect the ecosystem on military installations and to prepare the beaches for the nesting season.

WHY: Being good stewards of the environment is a major concern and commitment for the U.S. Navy. By helping clean the beaches we help and protect the endangered species, Least Tern and Western Snowy Plover, that use Navy property as nesting grounds from March through September.

INTERVIEWS: Biologist for Naval Base Coronado Tiffany Shepherd and Various Sailors participating in the beach clean-up

VISUALS: Naval Base Coronado Sailors that use the beach for training will be seen clearing trash and other debris from the Silver Strand Training Complex Beach in the efforts to prepare and safeguard federally protected birds and their offspring that will be nesting from March to September here on Naval Base Coronado beaches. 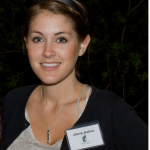