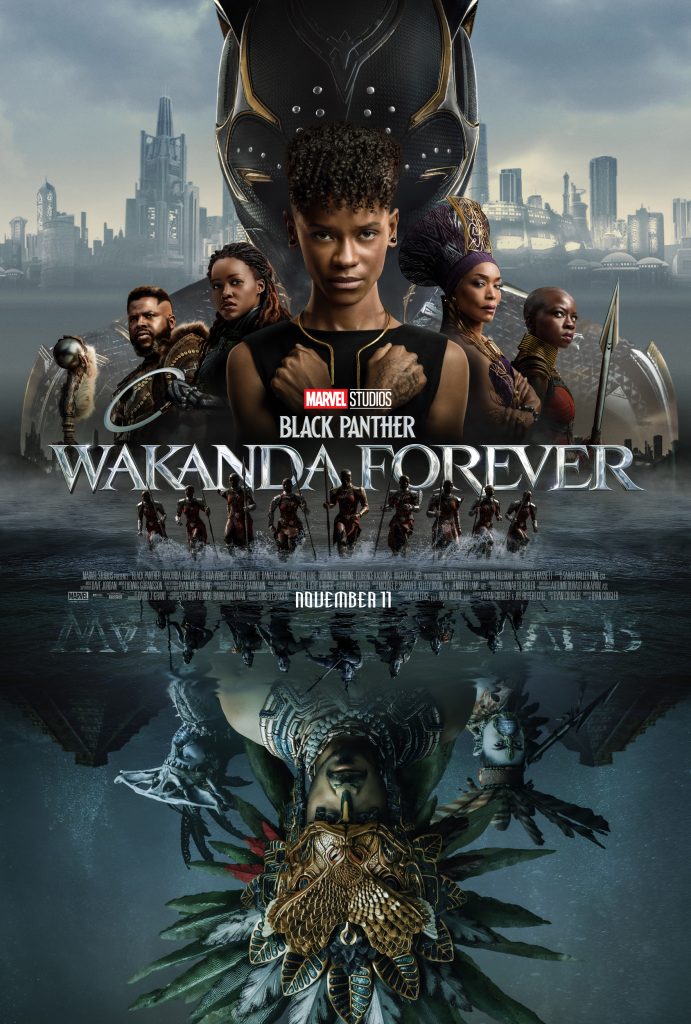 Black Panther: Wakanda Forever is an absolutely stunning masterpiece that intricately weaves the death of T’Challa (Chadwick Boseman) into a captivating storyline. The raw emotions of grief and sorrow don’t overwhelm the plot, but a balance of humor, action, and heartfelt sentiment make this story “Marvel”ous.

T’Challa’s sister Shuri, played by Letitia Wright, ultimately assumes the role of the new Black Panther after a global threat emerges from the oceans and terrorizes civilians and Wakandans alike. Shuri must also face internal battles between motivations of vengeance and peace.

Like other movies in the Marvel franchise, Wakanda Forever offers a plethora of action and adventure, but its storytelling and passionate plights separate this film from others. Angela Bassett, who plays Queen Ramonda, perhaps brings the most to the movie screen with her moving orations.

My only caveat about this film is the length; capping off at nearly three hours is a little too long for my liking, but the duration enables the rich story to connect the pieces together. Viewers aren’t left with any untied knots or burning questions, but the post-credits scene provides a sneak peek into what the next Black Panther could be about…