Welcome back to the Coronado Real Estate Market Update Corner

Interest rates continue to be in the spotlight.

According to CrossCountry mortgage, the driving force behind the movement in mortgage rates in recent months is clear, and the latest news was not favorable. In the highly anticipated CPI report, inflation was much higher than expected, and mortgage rates predictably climbed.

The Consumer Price Index (CPI) is a closely watched inflation indicator that looks at price changes for a broad range of goods and services. In August, CPI was 8.3% higher than a year ago, well above the consensus forecast of 8.0%. Core CPI excludes the volatile food and energy components and provides a clearer picture of the longer-term trend. Core CPI in August was up 6.3% from a year ago, also far above the consensus forecast, and near the peak of 6.5% in March, the highest since 1982.

The Core CPI annual rate remains far above the readings around 2.0% seen early in 2021, which is the stated target level of the Fed. Food prices were 11% higher than a year ago, and airline fares were an enormous 33% higher than last year at this time. To help bring down price increases, investors anticipate that the Fed will raise the federal funds rate by 75 basis points at the meeting next week, with a modest chance for an increase of 100 basis points.

Since consumer spending accounts for over two-thirds of US economic activity, it is an important indicator of the health of the economy. In August, retail sales increased 0.3% from July, better than the consensus forecast for a slight decline. While the dollar value of gas sales fell due to lower gas prices, consumers used their savings to purchase other items. Of note, motor vehicle sales jumped a massive 2.8% from July, and spending at bars at restaurants rose a strong 1.1%. In contrast, sales at furniture stores posted significant declines.

Higher mortgage rates have taken a large toll on mortgage application volumes, which are now at the lowest levels in decades. According to the latest data from the Mortgage Bankers Association (MBA), average 30-year fixed rates are roughly double what they were a year ago. Purchase applications are down 29% from last year at this time, and applications to refinance a loan have plunged a shocking 83% from one year ago. 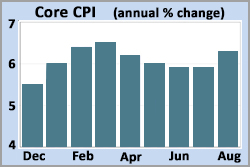 San Diego Real estate market has remained in the same state in the last couple of months. Currently 38% of the listings show a price reduction and the have been on the market for an average of 35 days. However, homes over $2,500,000 stay on the market 56 days on average.

The Coronado real estate market has cooled down slightly more than in the rest of the county, especially when we look at single family residences.  Sellers have a slight advantage in the current environment because of the lack of inventory and buyers have more options than they had two months ago, which leaves many sellers feeling like they are operating in a buyer’s market again, especially if they are selling a condo. The average days on the market for a single-family residence in Coronado is 70 days and 90 days for a condo.

We have seen a decrease in properties sold in August in Coronado which is usually a very active month. Only 7 single family residences and 7 condos sold in Coronado last month.

As we approach the end of the year demand should continue to slow down. Let’s keep a close eye on the market to see what the last quarter of the year brings.

This market update is brought out to you by Raquel Fernandez, Broker associate for Coronado Shores co. If you have any real estate needs don’t hesitate to reach to me directly at 619-453-4513 or via email at [email protected]. Visit my website for additional information www.CoronadoShoresRealtor.com 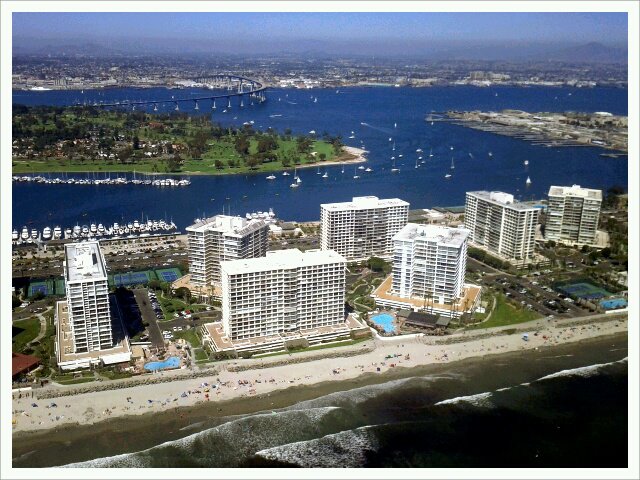 Real Estate: Perfect Beach Home Steps Away From the Sand