Story and Photos by Joe Ditler 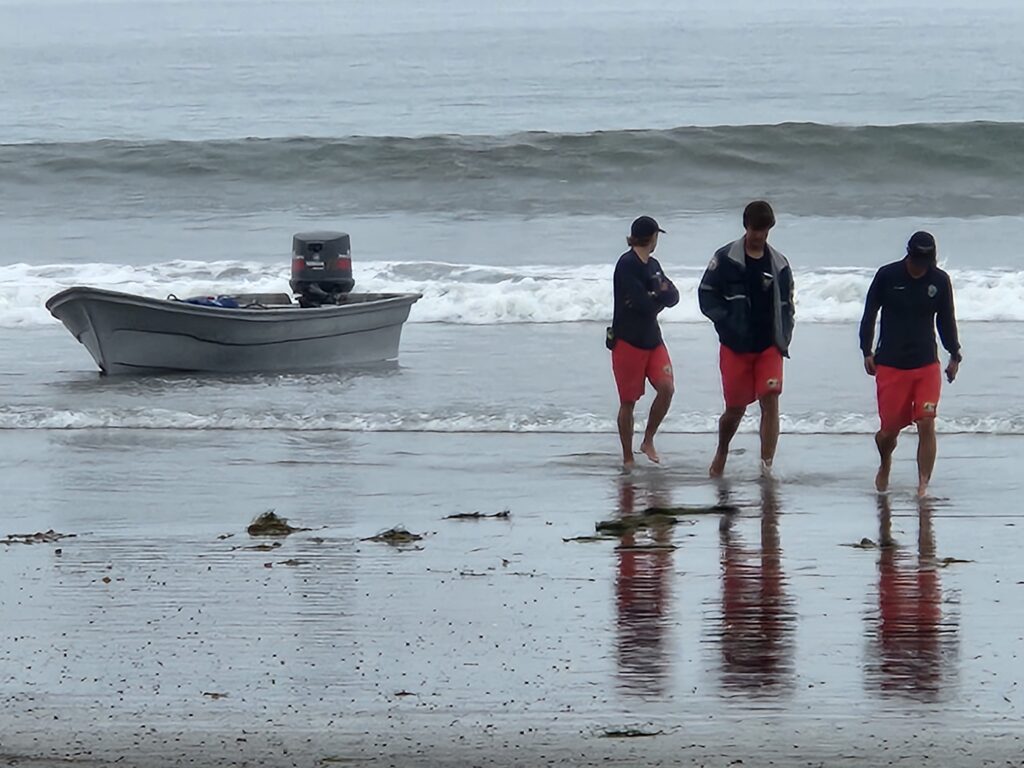 The population of Coronado grew just a little bit in the wee hours of the morning of July 16, under cover of darkness. 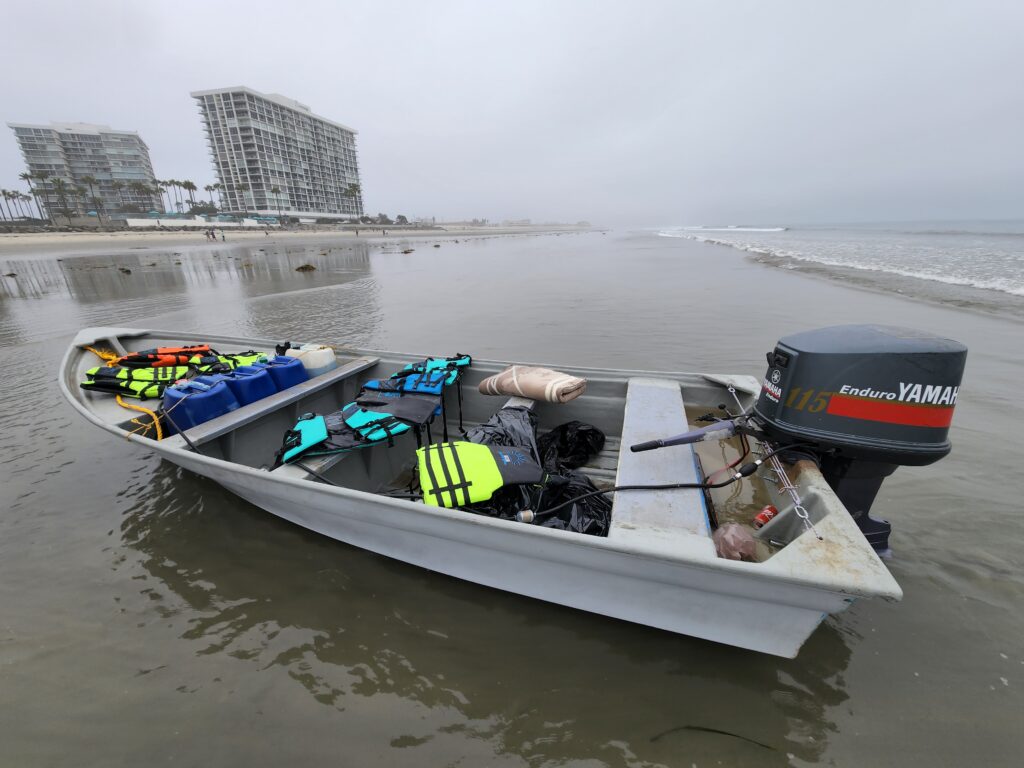 No video, or witness testimonies had been secured at this point, but a fully loaded panga was found on the beach, in front of Shipwreck parking lot, at first light. Whatever occupants it carried had long since disappeared into the dark and the fog. 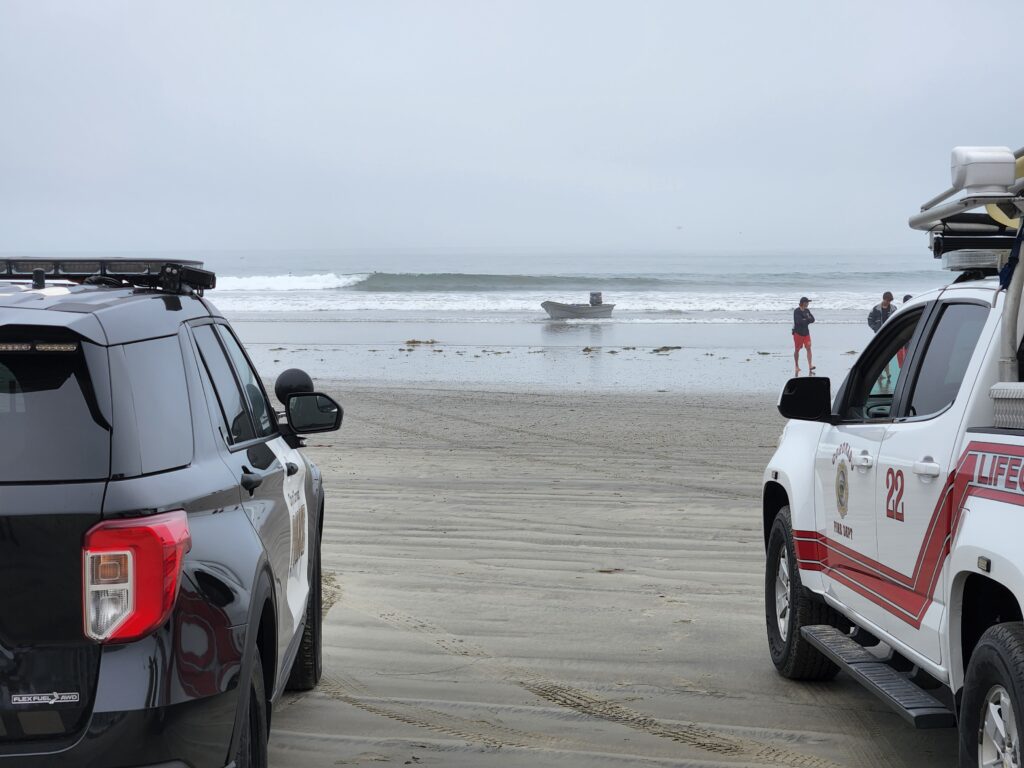 Representatives from the Coast Guard, Coronado Police and Lifeguards, and Border Patrol were on the scene and had secured the area by 8 am. Lifeguards commandeered the kelp tractor, fitted it with a special lift, and power lifted the boat out of the water up onto the hard, just minutes before the incoming tide reclaimed her. 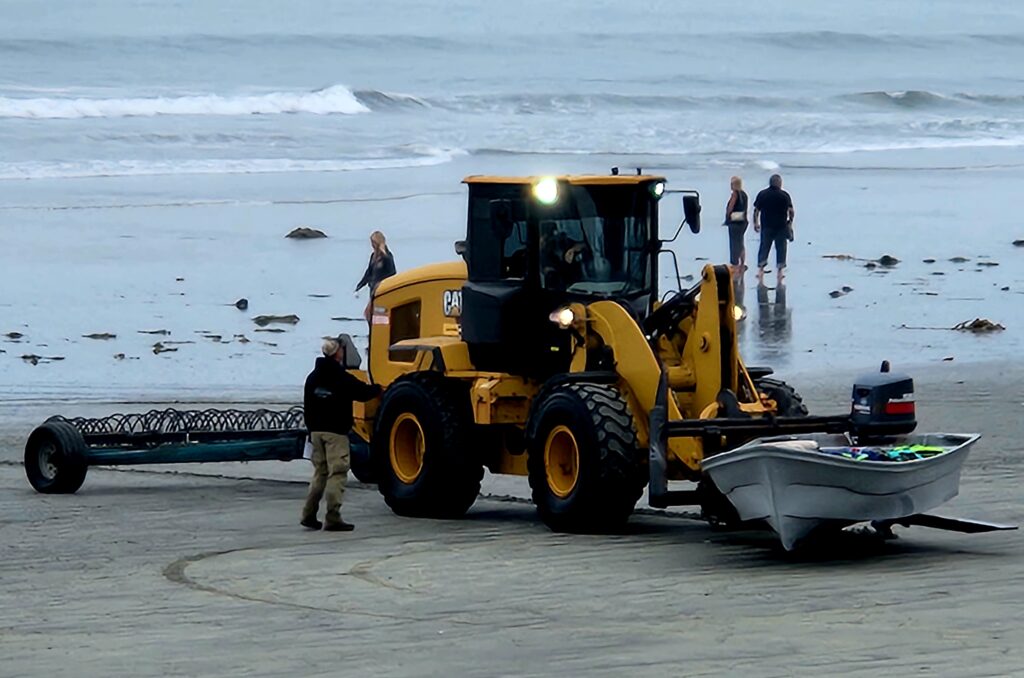 The boat was packed with life preservers, four full tanks of gasoline, and sported a huge Yamaha engine on the stern. One woman, who lives at the Coronado Shores, said she heard a loud, metallic grinding noise about 4 am. When she went to the window to look, she didn’t see a boat, but she saw a lone fisherman standing at water’s edge, blinking a light. 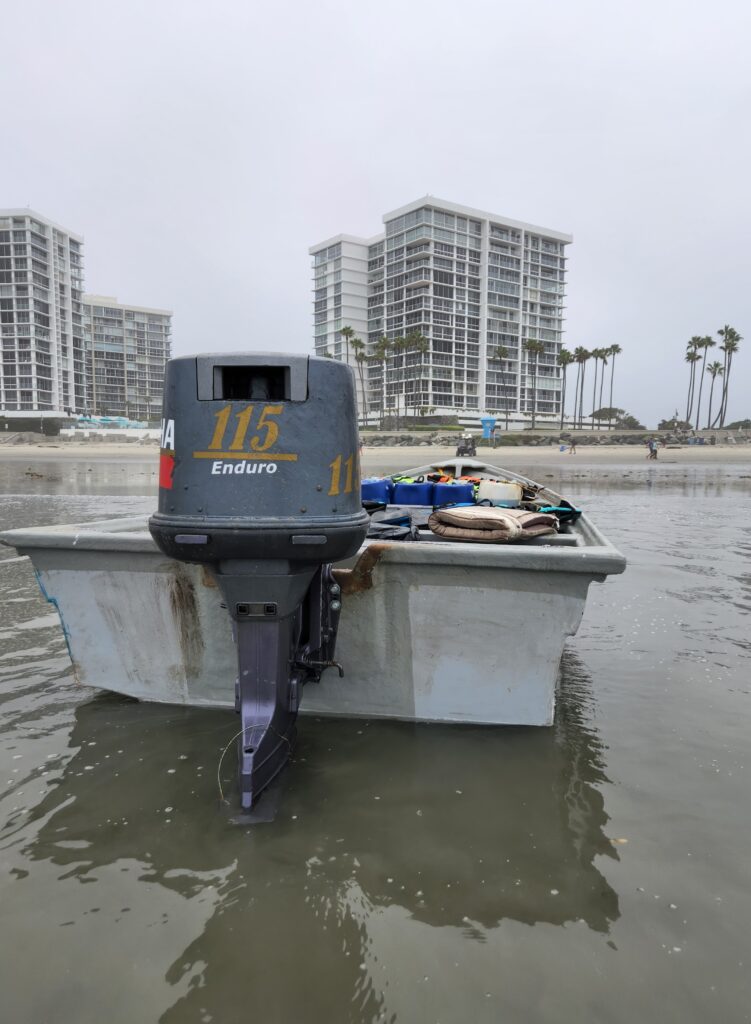 A similar incident took place at the same beach on June 28, just over two weeks ago, when an empty panga was found on the beach in front of the Coronado Shores. 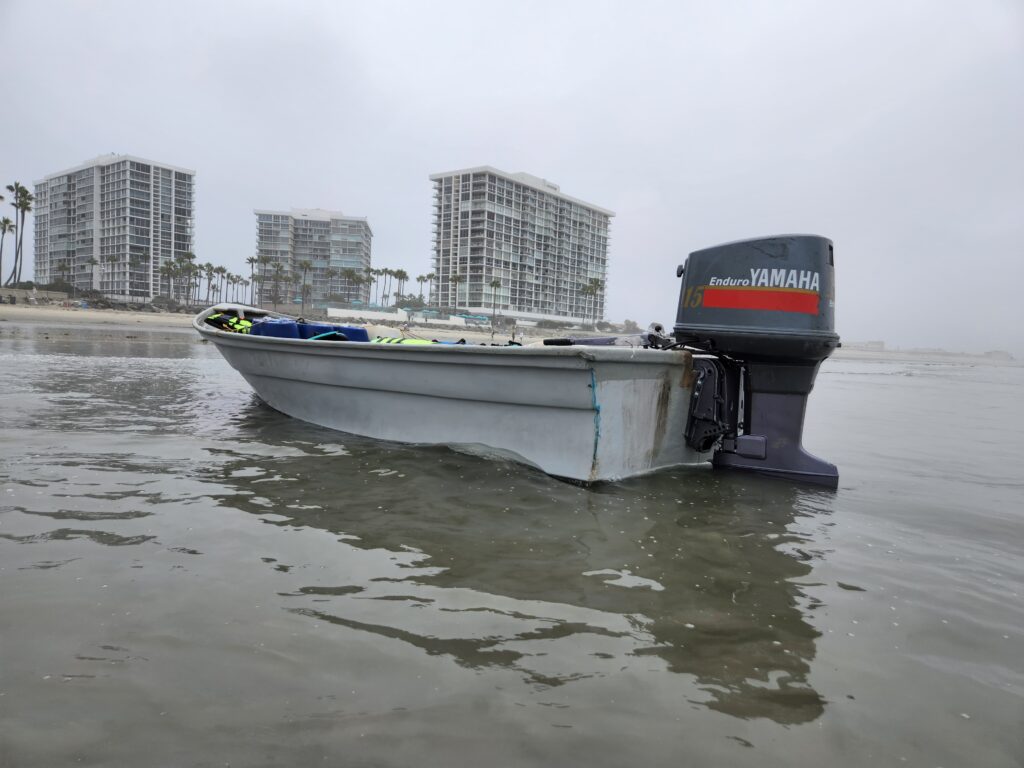 The Panga is an open, outboard-powered boat commonly used for fishing in Third World countries. It has become a popular vessel for human trafficking. They range from 22-31 feet in length and, in the trafficking business, are usually one-way trips, with boats ending up on beaches or rocks along the Southern California coastline close to the Mexican border.

Quoting U.S. Customs and Border protection officials, the U-T reported 389 incidents and 1,968 arrests last year alone, and say that 2022 is on pace to break last year’s record, a trend that has grown tremendously over the past few years.

Of late, some of those arrests have included American citizens piloting the boats, profiting off the misery and desperation of others. Mostly, those seeking passage are Mexican nationals. Some Ecuadorians, and a hodgepodge of others seeking illegal entry into the United States have contributed to the mix. The desperate passengers include men, women and children.

It seems surprising these boat drivers would end up on Coronado beaches, unless mechanical failure is the cause. This particular panga had enough fuel to travel to Oceanside and beyond.

When the boats hit the hard, the occupants, with what few personal items they can carry, run and hide, with no apparent means of escape. Coronado is, after all, an island (peninsula) with but a long strand of road headed back towards Mexico.

It is possible they seek temporary refuge in the rocks along the beach, bushes and shrubbery of residential yards, or wherever they might go undetected until they can find a way off of Coronado. In years past, unmarked vans have waited along Ocean Blvd for them, and spirited them away quickly.

Ironically, Navy SEALS were training in the area of Shipwreck Beach all day yesterday, only moving to Glorietta Bay for further exercises at night.