Spring Bike Rodeos: Learning How to Ride for Safety 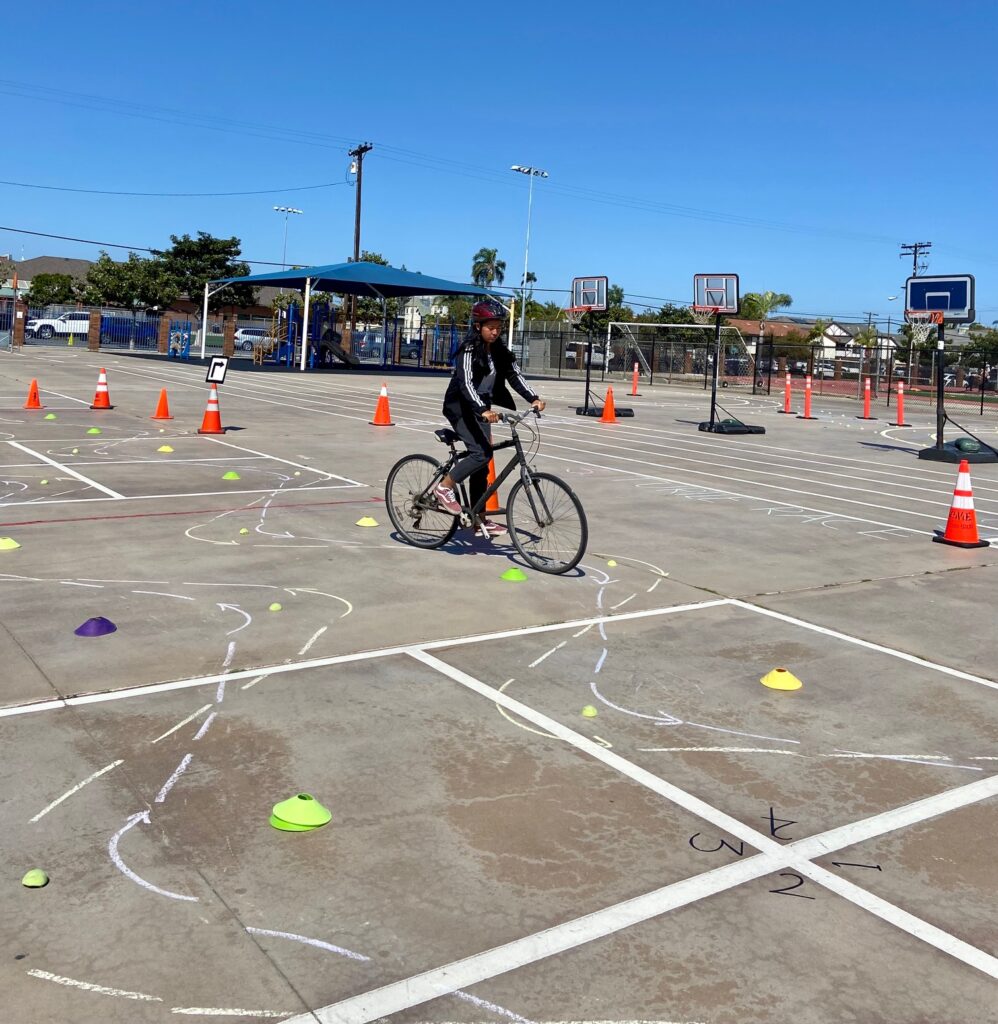 I had the opportunity to participate in the second Spring Bike Rodeo held at Village Elementary School. The one-hour session was led by instructors certified by the League of American Bicyclists. We began with bike helmet and bike safety checks, including learning how to ensure that the brakes, chains, air in tires, and seat height were all perfectly configured for the rider. Although riders above the age of 18 are not required to wear helmets, they are still highly recommended. After splitting into two groups, my instructor Mr. Kevin, led us through a series of safety oriented stations.

The first station stressed the importance of having control over your bike. Participants lined up on a track and the goal of the “race” was to cross the finish line last. Having to go as slowly as possible required concentration on balance and coordination, and I learned that standing upright was much easier than sitting down while maneuvering in a straight line.

The second station emphasized yielding, common courtesy, and communication. Fellow riders and I followed a figure eight track, and we learned that whoever approached the intersection first had the right of way. In the case where multiple people lined up behind two places, riders would alternate proceeding forward. Just like cars and other vehicles, bicycles and scooters are required to stop at stop signs and at red lights.

In our third station, we practiced turning our upper bodies and heads to the left, simulating a real-life situation where we would have to look for cars behind us. Since cyclists always ride on the right side of the road, we always turn our heads to the left to ensure that we will not be hit.

Our last station was a simple game of follow the leader, where fellow riders and I followed closely behind one of the instructors. We ended the informative session with a recap of what we had learned, bike safety, and gift cards and coupons from local stores were awarded to the participants.

Mr. Kevin, the lead instructor, shared with me, “I teach e-bike classes a lot to both adults and kids, and one of the things I help them remember is that, sure, there is a speed limit, but the number on the sign isn’t as important as your speed relative to the traffic around you. So if the speed limit says 20, but everyone’s walking and going four miles an hour you should probably also be going four miles an hour. And on the other side of that coin, if you’re in the street and everyone’s going 25 miles an hour your bike should probably be able to go that fast as well. So, the space is there for everyone to use and the more predictable we are, be it an e-bike or a regular bike, the safer everybody will be.”

The Spring Bike Rodeos were both a fun and thorough way to bring awareness of safety on the road to bicyclists and those who ride scooters. Armed with this information, bikers have a renewed focus on safety, which will contribute greatly to the goal of an accident free community.