Memorial Day Services were held Monday at Coronado’s Star Park. The event annually is hosted and organized by VFW Coronado Post 2422, with support from both the military and civilian communities.

Last year, due to the virus, Memorial Day Services were filmed, but no physical event took place. This year the VFW suggested in advance that attendance to this event would be limited. They only set up 100 chairs, and it proved most adequate.

There was a turnout of nearly 200 people, sitting, standing, spread out on blankets, and scattered throughout the park and fringed along Star Park Circle. What they found was an amazing and thought-provoking salute to our fallen military, and there couldn’t have been a dry eye in the place.

Miss Jobeth Cosgrove framed the event by singing the “National Anthem” in the beginning, and “God Bless America” to close the ceremony. In between, moving and passionate speeches were given by Mayor Richard Bailey and others. 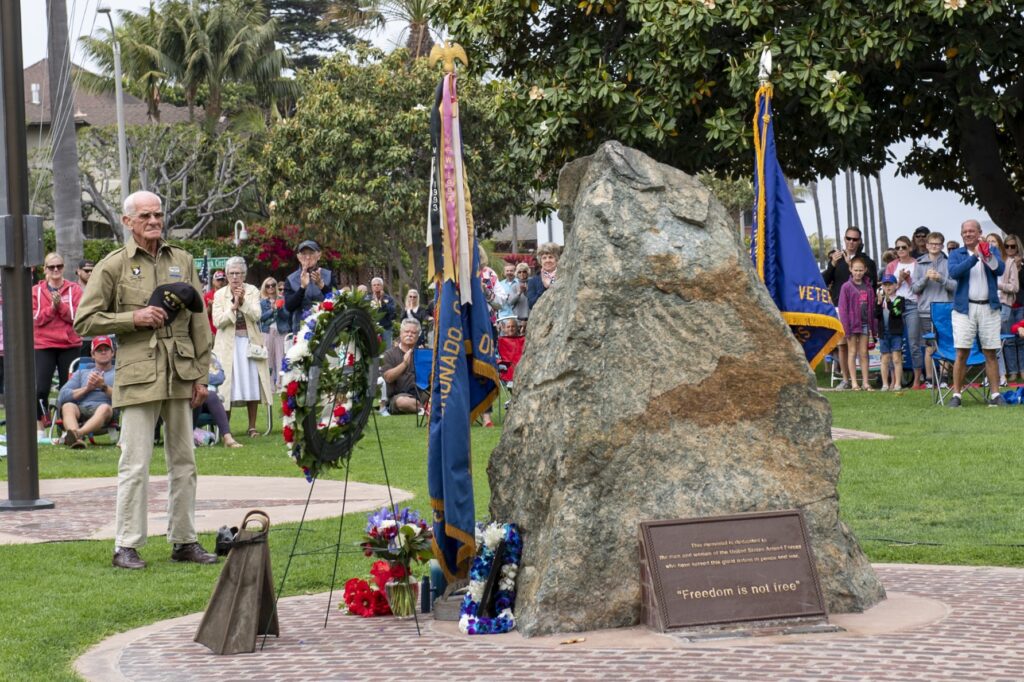 As US Navy Frogmen, and surviving family members slowly presented floral tributes in memory of their loved ones, one lone soldier commanded a standing ovation. He was Coronado’s Tom Rice, the only surviving member of World War II present this day. Sergeant Rice served in the 101st Airborne Division and jumped out of a plane in 1944 over Nazi-occupied France. As a young man, he was one of Coronado’s first lifeguards.

The guest speaker was Vice Admiral Roy Kitchener, who gave a moving testimonial as the sun peaked through the grey morning sky. The MCRD Honor Guard presented a 21-gun rifle salute, and Taps were played by Lance Corporal Arthur Lubberstedt and Staff Sergeant John Whitney.

Anyone who has attended one of these events knows that you do all you can to check your emotions, but, when the two trumpets play Taps, at opposite ends of Star Park, with the echo effect in full play, there is no holding back the tears.

God bless our military, and on this day, we honor those who didn’t come home. We honor the men and women who have served their country and paid the ultimate price with their lives. May we never forget them.

In addition to VFW Coronado Post 2422, this annual event has been put together with generous support from the City of Coronado, the Marine Corps League (Coronado Detachment), United States Navy League, and the Military Officers’ Association of America (Silver Strand Chapter).

The City of Coronado’s full video coverage of Memorial Day Services can be seen at https://www.youtube.com/watch?v=aYdvFYpmNOE. Video coverage provided by Tony Perri and Surf’s Up Studios. For more information on the Coronado VFW, contact Dennis Costa at (619) 435-6917, or [email protected]. 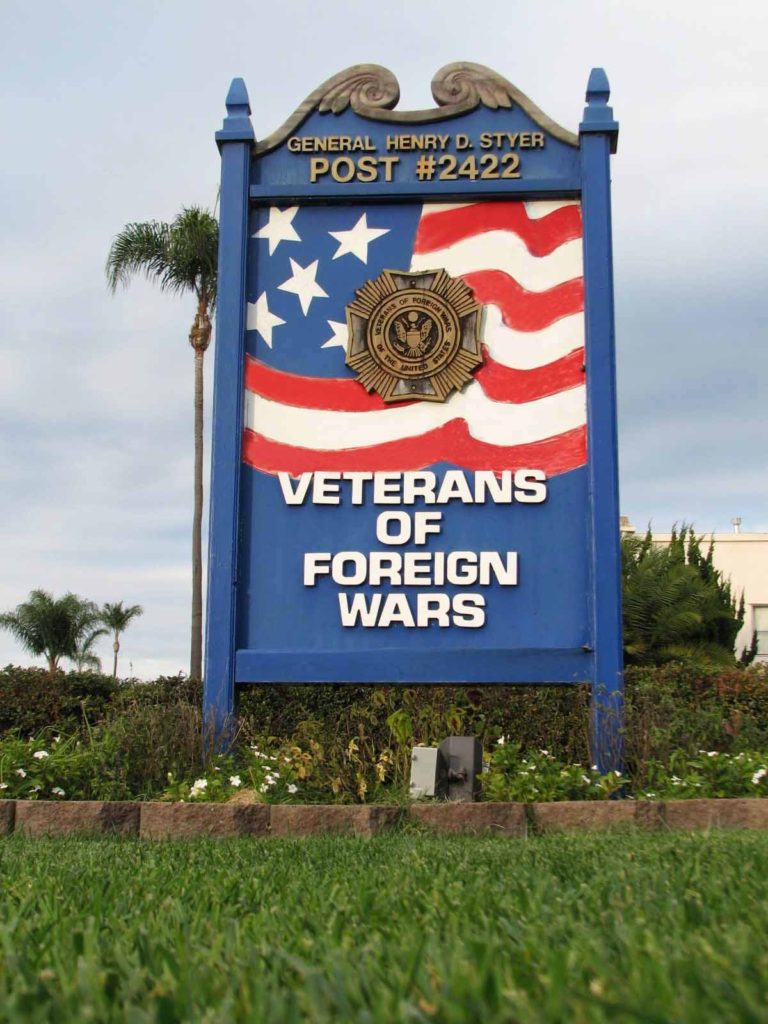