If you love and miss the theater, if you want to support local arts, if you’re seeking a masterful, relevant storyline that leaves you gut-punched in truth, if you’re curious about how racial identity has changed (or not changed) in the United States in the last two centuries, I encourage you to spend $25 and two hours and twenty minutes of your time to watch this momentous play in all its majesty. It’s Harlem Duet, and it’s streaming from the Coronado Playhouse now through April 18.

Harlem Duet was written in 1997 by Canadian playwright Djanet Sears, before Obama was president, before George Floyd, and before the Black Lives Matter movement found the spotlight. But it could have just as well been written today.

The play follows two lovers, Billie and Othello, in three different story lines of times of significance to Black Americans: in the 1860s, just prior to the Emancipation Proclamation, the 1920s, during the Harlem Renaissance, and the present, inside a walkup on the corner of Malcom X and Martin Luther King Blvd.

Sears has described her play as a “non-chronological prequel to Shakespeare’s Othello,” as his character, a black man, leaves his lover, Billie, for a white woman, in all three storylines. Reviewers call it a “rich tapestry of love, revenge, loyalty and madness.”

Sears has said in previous interviews that the play began when she inquired to herself about the character of Othello, who is a Moorish man in Shakespeare’s play.

She went on to ask herself:

“Who is Othello from my perspective? Who is he from my culture? Who he is from my neighborhood and family? And then I realized I knew him,” she says slowly and wondrously, with a smile. “And that’s where my inquiry began.”

Although Sears says she started writing a portrait of Othello from a black woman’s perspective; that’s how it started, but that’s not how it ended. It ended up becoming a story of his first wife.

We see Billie, a grad student in present-day Harlem, shattered and reeling when her long-term boyfriend, Othello—a teacher at Colombia University–leaves her for Mona, a white woman from the Upper East Side. Her kind-hearted landlady Magi and friend Amah support her in her delicate emotional state, and watch her suffer through fitful nights of sleep and a new obsession with potions and concoctions, a nod to “African magic.”

“She feels…so much,” says Magi to Amah, about Billie’s broken condition. “Her emotions sprout new roots, long and tangled things, intersecting like weeds.”

Billie, in raw, candid heartbreak, speaks of spotting Othello on the streets, with his new girlfriend Mona, who she describes as “golden.”

“He’s proud. You can see he’s proud. He isn’t any Negro, oh no! He’s special. And that’s why she’s with him. She flaunts…yes, she flaunts. They are before, and I am behind…stuck there on the platform.”

Similar stories of loss and betrayal are shared at the cotton plantation in the 1860s, when, after making passionate plans to flee to Canada on the Underground Railroad and start a new life, in “a white house on an emerald hill,” Othello changes his mind the night they are to leave. He tells Billie he has fallen in love with Miss Dessy, his white mistress.

And, in 1928, as a classical actor reduced to acting in shows in black face, Othello shares his infidelity to an unnamed white woman, and admits that her loves her.

All three storylines embody the idea that “white woman are easier,” and that Othello ultimately wants to experience the advantages of the predominant white society.

“The characters are connected because I think this play is, at its heart, looking at the effect of white supremacy on the psyches of people of African descent after 400 years,” says Sears. “It’s important to look at different eras, to see what is repeated, and what is different.”

Many loaded questions are asked in the play, and none have easy answers.

“Is every waking moment spent thinking about white people for you?” Amah asks to Billie in present day Harlem. “You are so busy reacting you don’t know who you are anymore.”

“Did you ever wonder what hundreds of years of slavery did to the African American psyche?” asks Billie.

And finally, Billie asks, “When people talk about the ‘good ol’ days’…do they stop and think, who were those days good for?”

The Toronto Star gave the Toronto production of this play a four-star review, and shared, “Watching this play from 1997 unfold two decades later, with strikingly current arguments about race, sexism, appropriation and privilege, argues a certain prescience for its creator, the inestimable Djanet Sears.”

Some audiences have asked Sears if she has updated the script at all for the current times, as her play seems more relevant today than ever. She says she has not.

Tickets for Harlem Duet are $25 per household. This show—pre-recorded on stage– is streamed to patrons on demand. Streaming is only available through April 18.

No discounts are available for this production. For questions, call the Coronado Playhouse Box Office (619) 435-4856 or email [email protected]

To watch Sears interview about the play, view this link. 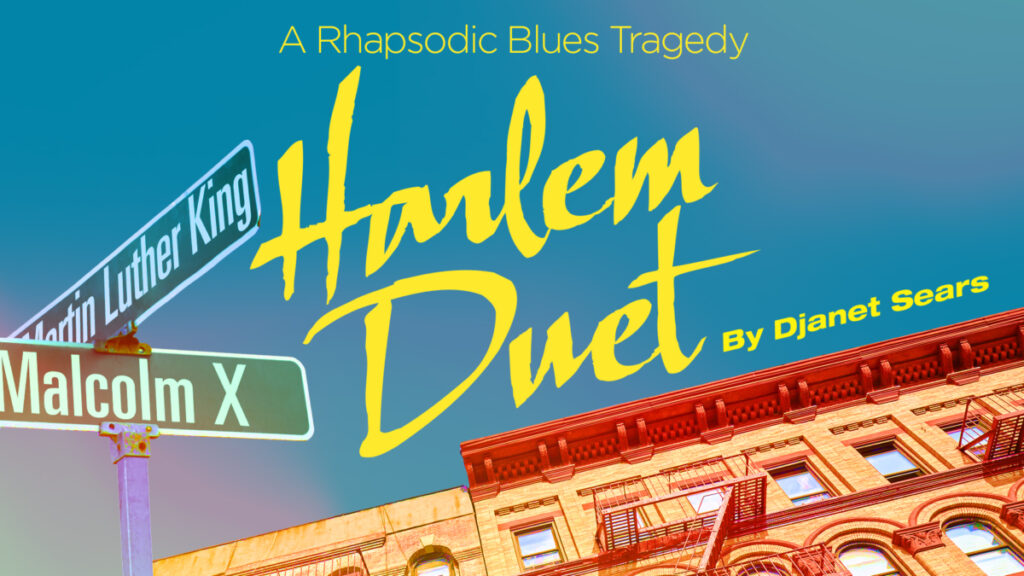