Comments/feedback will be accepted through Tuesday, November 17, 2020.

City of Coronado residents are invited to review the Port of San Diego’s Revised Draft of the Port Master Plan Update (PMPU) and learn about proposed changes that would affect future hotel development, Grand Caribe and height limits.

Continuing robust public outreach efforts for its Port Master Plan Update (PMPU) process, the Port of San Diego has invited the public to review and provide feedback on the Revised Draft PMPU. This document will guide future waterfront business uses, public access and development of land and water for the Port’s jurisdiction. 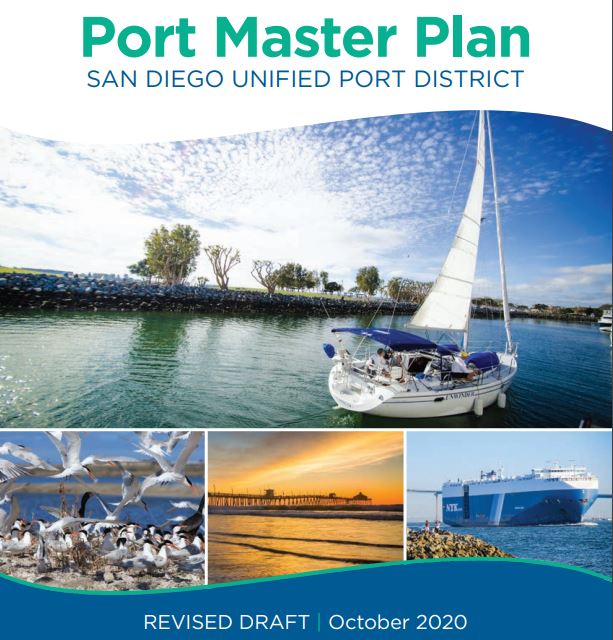 The PMPU has something for everyone who enjoys San Diego Bay. A major milestone, this latest draft considers and reflects extensive and valuable community input received on the Discussion Draft released in April 2019. At this step, the Port encourages and welcomes additional public feedback.

In response to extensive public input, these are some of the changes that may be of interest to Coronado residents in the Revised Draft PMPU:

To review the Revised Draft and provide feedback, go to portofsandiego.org/pmpu.
Feedback will be accepted through Tuesday, November 17, 2020.

In a general way, the Port Master Plan determines where port activities take place, where public access (including recreational amenities and view corridors) are to be located, where commercial uses like hotels, restaurants and visitor-serving retail may be built, and helps to protect and restore the natural environment. The Port is updating its Port Master Plan to reflect changes in the needs and priorities of Californians and the region’s growth since the current plan was approved in 1981 – nearly 40 years ago.

SAN DIEGO SYMPHONY SURPASSES THE 75 PERCENT MILESTONE IN ITS COMMUNITY-WIDE  CAMPAIGN “THE FUTURE IS HEAR” AND HONORS ITS LEAD DONORS Major Facilities and Artistic and Community Programs...
Read more
City of Coronado

https://youtu.be/qpz9P3RFkzwThe City is preparing for more Fourth of July activities, if local, state and federal health orders allow them. Find out what is being...
Read more
Education