The case rate for the region increased in the past week, placing the County at risk of dropping to Tier 1, the highest-risk level. 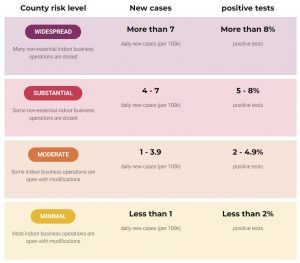 The region’s case rate rose to 6.9 cases per 100,000 residents after entering the state’s new monitoring system with a 5.8 case rate and being placed in Tier 2, also known as Red Tier.

Should the case rate continue to increase, the County could be moved to Tier 1, or Purple, which carries more restrictive COVID-19 measures.

Tier placement is also based on each County’s percentage of tests coming back positive for COVID-19. The positivity rate also increased from 3.4 to 4.2%, but still well below the state’s goal of 8% or less. 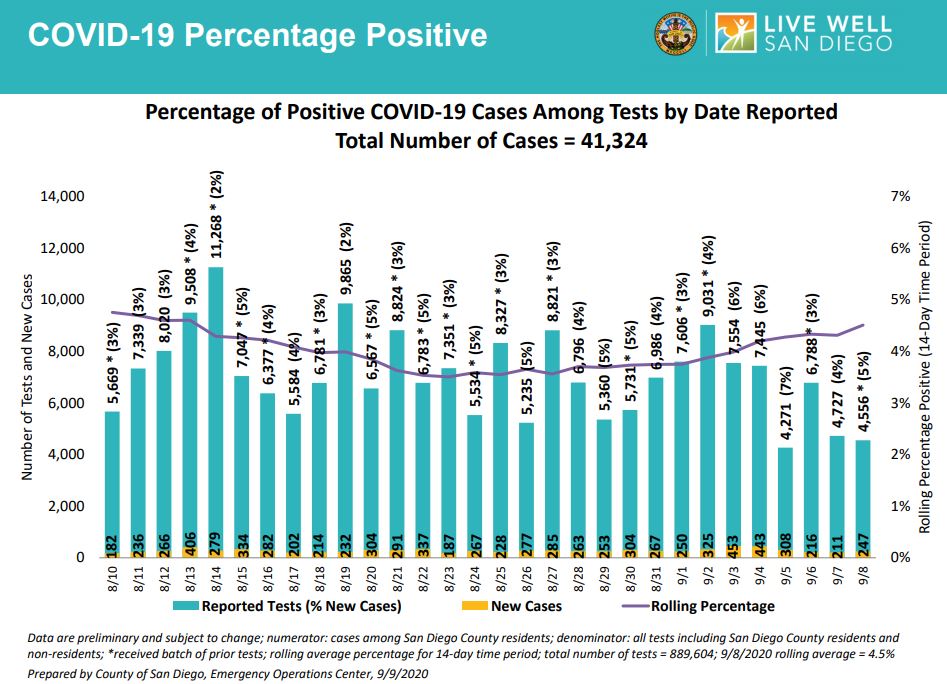 Should the County positivity rate hit 8% and the case rate continue to increase to more than seven cases per 100,000 residents for two consecutive weeks, the region would have to be moved to the Purple Tier.

For those counties not testing their residents at the same rate as the state, new adjustment factors have been added, potentially increasing a region’s case rate. Counties that are testing above the state’s rate have had their case rates scaled down.

Based on the state’s testing data from the County, the region’s case rate is at 7.9 per 100,000 residents, but the region did not get penalized because the state has been having issues, going back several months, that prevent it from getting the County’s correct testing numbers.

“We’re working with the state to resolve the issue,” Wooten said. “Currently, the state has indicated that they will use the County’s data to calculate the case rate and positivity percentage over the next several weeks.”

Should the County’s case rate drop to under 3.9 for a consecutive two weeks, it would qualify to move into Tier 3, or Orange Tier. The region’s positivity percentage has been under 4.9% for over two weeks and would allow the region to move to the higher, less-restrictive Tier 3. However, both metrics will need to qualify for the Orange Tier for two weeks before the County could move into it.

Coronado Statistics as of September 5, 2020

The state will assess counties on a weekly basis, with the next report scheduled for Tuesday, Sept. 15. 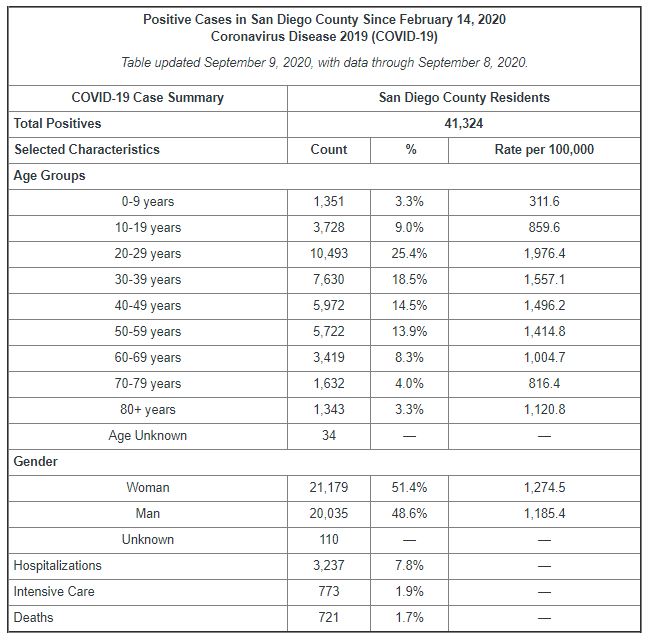 Submitted by Jean SeagerPlease join in supporting a book drive to stock new Little Free Libraries, approved in this year’s budget by the Board...
Read more
Advertisement
Sponsored Partner Links