This is the second in a series taking an in-depth look at the Coronado Police Department covering traffic stops, use of force and body cams, mental health calls, as well as programs, statistics, policies and community involvement. With tension mounting on a variety of fronts in the world right now, Chief Chuck Kaye welcomed the opportunity to share details on how the CPD serves and protects the City of Coronado.

A small community of approximately 25,000 residents, Coronado is a unique place to police due to the town’s military presence, many part-time homeowners, tourists and visitors, and proximity to the San Diego-Coronado Bridge, Mexican border, Pacific Ocean, and San Diego Bay. Police Chief Chuck Kaye shares that a goal of the Coronado Police Department (CPD) is to be a professional and compassionate law enforcement agency, integrated into the community, emphasizing the values of trustworthiness and service. To achieve this goal the CPD focuses on three areas: hiring and selection; training and resources; and discipline and accountability. 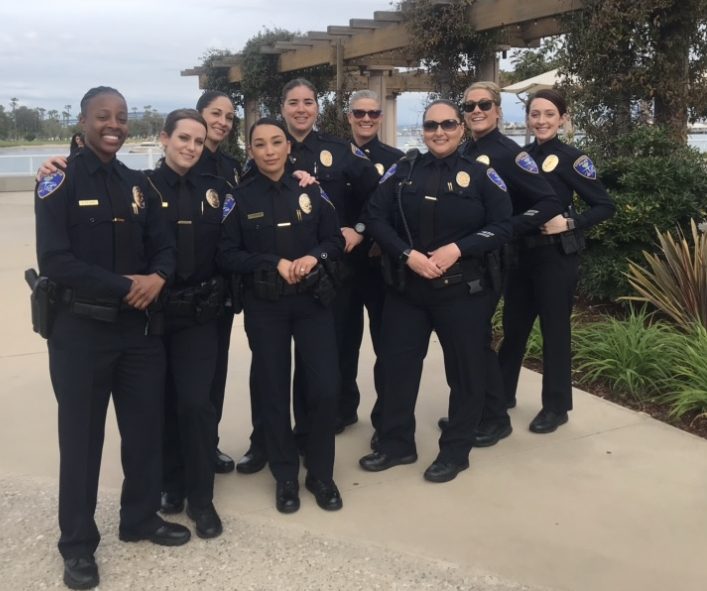 With protests for racial equality resonating across the world, an emphasis has been placed on police reform, including 8 Can’t Wait trending on social media with its claims to reduce police killings. There are many factors to consider before assuming that that is a simple answer. But police reform can take center stage to evaluate and make adjustments to the system.

Chief Kaye was asked how the police can help change the narrative and find solutions. “We have looked at 8 Can’t Wait and have a document that reflects our current policies in relation to Campaign Zero’s 8 Can’t Wait requirements. Current California law, Campaign Zero’s requirements, and our department policy share the same foundation of respecting and valuing human life. The focus of any critical event is to utilize de-escalation and tactics that bring about a peaceful resolution.”

CPD has changed its use of force standards since January. For additional preparation and resources, officers and dispatchers are required to attend formal de-escalation training, for which a Coronado sergeant helped draft the curriculum. The department maintains two volunteer chaplains and offers mental health services to officers and dispatchers. New models of training emphasize the concepts of time, distance, and resources when dealing with the public. Two Psychiatric Emergency Response Team (PERT) clinicians are assigned to work in Coronado four days a week, to assess mentally ill individuals who police may encounter.

“We adopted the legislative changes found in AB 392 and AB 230 regarding changes to the use of force and de-escalation. Policies were amended and training was conducted for every member of the department, including volunteers. We wanted everyone to understand the changes, why they are important and how we all play a part in reducing the need to use force. In most cases it starts with the way a call is taken by dispatchers, what information is gathered and shared with the responding officers, the pre-planning and identification of the right resources for the response.”

He said use of force and de-escalation topics will continue to be discussed and applied in a practical setting with on-going in-house training, as well as in training officers receive outside the department. Each incident involving force is evaluated and de-briefs are conducted to identify needed improvements.

CPD was the first department in San Diego County to start the Body-Worn Cameras (BWC) pilot program in August 2012. CPD officers wear body cameras to keep them safe and aware, and to improve community relations. The public can review BWC footage after a records request for the following reasons: 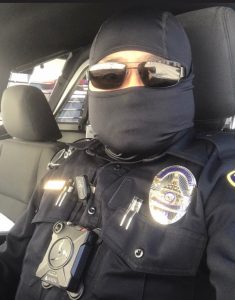 The national spotlight is on use of force, especially as it relates to minorities. Use of force involves a variety of actions including grabbing arms, pointing or firing a taser gun, hitting with a baton, pointing or using a gun, using a head wrap to contain fighting, utilizing a spit sock, using a bean bag gun, which comes in two sizes, pepper spray and a variety of other options.

At the CPD, every incident gets evaluated to see if the response was appropriate. Chief Kaye points out that police officers are not trained to kill, but rather to stop the threat, and the public can ask to review use of force videos. “If you feel you have been mistreated, we encourage you to call and we will work with you,” he emphasizes.

Another component of ensuring a professional and compassionate department involves disciplining, counseling, and holding officers accountable. In 2019, the department reviewed seven formal complaints, one was sustained, two were not sustained, three were unfounded, and one was withdrawn.

In 2019, CPD had nearly 18,000 calls for service into the Communication Center. The officers, as part of the proactive procedures, had another 28,000 interactions from traffic stops to incidents while walking the streets, for a total of 46,000 interactions. There were 16 Use of Force cases in 2019, below is the breakdown by category:

Keeping the community safe has many facets for the CPD as shown by these 2019 statistics: 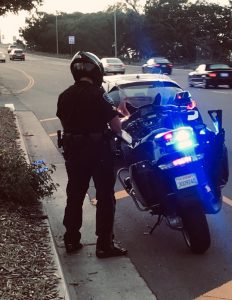 With a total of nearly 10,000 traffic stops, tickets were primarily issued for speeding, violation of signs, and unsafe driving.

Shootings are not a common occurrence in Coronado. Prior to the shooting this past May 4 on Orange Avenue, the last shooting was January 1, 2012, which was a triple homicide suicide on Park Place.

CPD is currently in the process of updating its 20-year old Computer Aided Dispatch (CAD) system. And with the adoption of its Report Management System (RMS), the department will become more efficient in documenting crimes, arrests, evidence, and have the ability to provide more detailed data regarding activities in relation to traffic, crime, arrests, foot patrols, etc. Officers will be able to utilize more of the CAD and RMS in the field, for more efficiency and better service.

Next in the series: CPD and the San Diego-Coronado Bridge.

On Friday July 30th, the Port of San Diego and the City of Coronado hosted a celebration in honor of the 25th anniversary of...
Read more
Community News

On August 8th, the Coronado Island Film Festival and the Hotel del Coronado will kick off the Summer Surf Series in partnership with Dana...
Read more