I’m several weeks into my Vandemic Adventure and it’s been transformative, especially in these trying times. Being on the road and living in a van has allowed me to immerse myself in nature every single day. Right now, I’m exploring the mountains of Oregon, swimming in warm lakes and hiking winding trails.

After driving through Klamath Falls, I’ve been camping in the Deschutes National Forest surrounded by snow-capped mountains, lush forests and natural lakes. While I’m here, I hope to climb South Sister mountain in preparation for my climb up Mt. St. Helens on August 13th. The climb up St. Helens does, however, have a deeper purpose: I’ll be climbing for a cause—Raising funds for a San Diego based nonprofit called Outdoor Outreach. 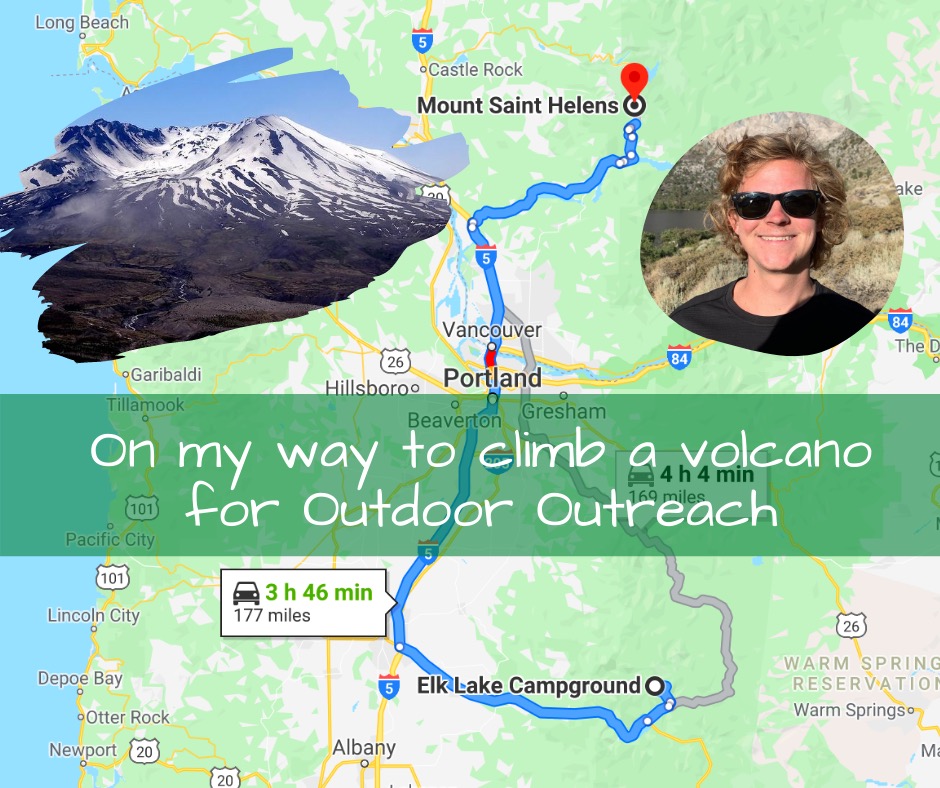 Being in the outdoors has nourished me both physically and mentally. Growing up in Coronado, I would often ride my bike along the strand or go swimming in the ocean whenever I was feeling stressed out. I learned early that nature is healing and holds a transformative power that can be truly life changing.

I was lucky enough to grow up in a great place like Coronado where getting outside is both easy and accessible. Unfortunately, not everyone in San Diego has easy access to the outdoors. Gear can be expensive, some areas have a lack of green spaces, and many kids in under resourced neighborhoods feel that they simply don’t belong in the outdoor community.

I witnessed this firsthand during the last two summers I worked with a powerful nonprofit called Outdoor Outreach. I was able to see just how much their programs impact the youth they serve. How kids find self-esteem and learn leadership skills that help them realize their potential and change their lives. While working there, I was also able to rediscover a passion for the outdoors myself. In fact, if I hadn’t worked there for two summers, I might not even be going on this journey right now.

The goal of my fundraiser is to raise $8,366, a dollar for every foot of Mt. St. Helens’ 8,366′ elevation. Everything raised during this fundraiser will go directly to Outdoor Outreach so they can continue their mission. I’m inviting you to join me on this journey, and to stay tuned as I ascend a volcano, climbing for a wonderful cause.

The San Diego International Airport announced this week that its Cell Phone Lot is reopening for temporary parking as drivers wait to pick up...
Read more
Business

A Mountain Getaway is Easier Than You Think

Everyone needs fresh air these days.Not everyone has small children, but what my family experienced over an offset weekend is exactly what the doctor...
Read more

Since writing my first article for The Coronado Times I’ve been kitting out my 20 year old Eurovan, planning a route for my first...
Read more
Advertisement
Sponsored Partner Links