Editor's Note: This article will be updated to include additional candidates that have announced that they are running for an elected position. See chart at the bottom.

Current events are emotionally and politically charged right now. For those who are ready to take action, now is the time. Whether you want to run for a position on a council or board, or you want to encourage a friend or neighbor to run, getting involved in the decision making in your community is one way to make a difference. November 3, 2020 is election day and the filing period to get on the ballot runs through August 7, 2020.

Donovan has not made a formal announcement about his plans yet, but has completed all necessary paperwork to run for re-election.

Former Mayor Casey Tanaka shared that “with excitement and a little bit of anxiety, I am ready to announce that I will be a candidate for the Coronado City Council.”

Candidates have until August 7, 2020 to file nomination paperwork with the city. Requirements are that the candidate must be a citizen of the United States of America and a resident and registered voter in the City of Coronado.

Prospective candidates must circulate a nomination petition and obtain at least 20 valid signatures of resident voters to qualify for the ballot. Nomination petitions may be circulated beginning Monday, July 13, 2020, and must be filed with the City Clerk’s office before 5 pm on Friday, August 7.

At the time of publication, Mike Donovan is the only person who has completed necessary paperwork to run as a candidate for City Council.

See the complete calendar of events, deadlines and information on how to file here. You can find additional election information on the city website. 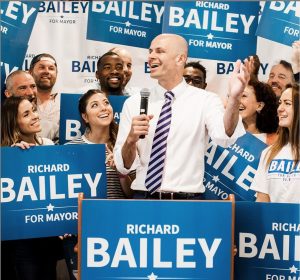 The office of mayor is up for election this year. Current Mayor Richard Bailey is seeking reelection. All requirements for city council seats are also required for the mayoral position as the mayor is a member of city council.

At the time of publication, Richard Bailey is the only person who has completed necessary paperwork to run as a candidate for mayor.

School Board – Maria Simon and Julie Russell’s terms are ending and neither is seeking reelection. This opens up two positions, each a four year term. To apply, candidates will need to complete a 200 word statement of qualifications and pay and estimated $598. Whitney Antrim recently announced that she is running for School Board.

The candidate filing period is July 13 through August 7, 2020. Candidates are strongly encouraged to request filing of candidacy paperwork to be emailed or mailed to them. Paperwork can be requested here. The complete Candidate Filing Guide can be found here.

Any person is eligible to run for office if he/she is 18 years of age or older, a citizen of the state, a resident of the school district, a registered voter, and not legally disqualified from holding civil office. Employees of the District who are residents are permitted to apply but may not continue employment with the District if elected.

Election code designates the write-in candidate window this year to fall between Sept. 7 and Oct. 20. The process is similar to nomination during the normal period. Someone interested should be a registered Coronado voter and make an appointment with City Clerk Jennifer Ekblad. She would issue a nomination form and the individual would need 20 registered Coronado voters to sign. Once the necessary signatures and papers are obtained, the nomination would go through the registrar and verification process. A write-in candidate does not have a ballot book statement or designation and is still subject to campaign finance disclosure. Write-in candidate names need to be written exactly as nominated.

Editor’s Note: This article will be updated as needed to include additional candidates that have announced that they are running for an elected position. See below:

He was the youngest of 13 children. With all those older siblings to influence him, it’s no wonder Tiger Johnson developed such an indelible...
Read more
Education

Due to a slowing of appointments at COVID-19 vaccination sites, the County of San Diego today expanded the category of those eligible to include...
Read more
Education

Thank you for continuing to share in supporting the safety of our CUSD community during the dynamic nature of the pandemic.Some important information regarding...
Read more

Lamb's Players Theatre has been closed since March, mid run of the musical Alice. When the show's run was cut short, the cast got...
Read more
Advertisement
Advertise Here (Get Rates)