Rotary Honors Naval Base Coronado Sailor of the Year

Rotary Club of Coronado proudly hosted the award of Naval Base Coronado Sailor of the Year to Air Controlman Second Class Logan Eno. At the March 11 meeting, Chief James Cooper, who accompanied AC2 Eno, described his fine performance since joining the Navy in September 28, 2017. After receiving training as an Air Traffic Controller at Naval Air Technical Training Center in Pensacola, Florida, Petty Officer Eno honed his skills at Naval Air Station North Island and was then assigned to Naval Outlying Landing Field, Imperial Beach where he qualified on all positions and received designations as Facility Watch Supervisor and Control Tower Supervisor. After being promoted to Petty Officer Second Class, he was awarded two letters of appreciation from Rear Admiral Bette Bolivar, Commander, Naval Region Southwest for recognition as Bluejacket of the Quarter and Junior Sailor of the Quarter. Petty Officer Eno was awarded the Navy/Marine Corps Achievement Medal for recognition as Junior Sailor of the Year, 2019, as well as recognition as an Enlisted Superior Performer by the United States Naval Institute.

Petty Officer Eno is responsible for the adoption of Coronado City Beach under the auspices of Naval Base Coronado and has volunteered for various organizations such as the “Support the Enlisted Project” and the “Wounded Warrior Project.”
The Coronado Rotary has hailed the Sailor of the Year for a number of years, as examples of the Rotary motto, “Service above Self.” 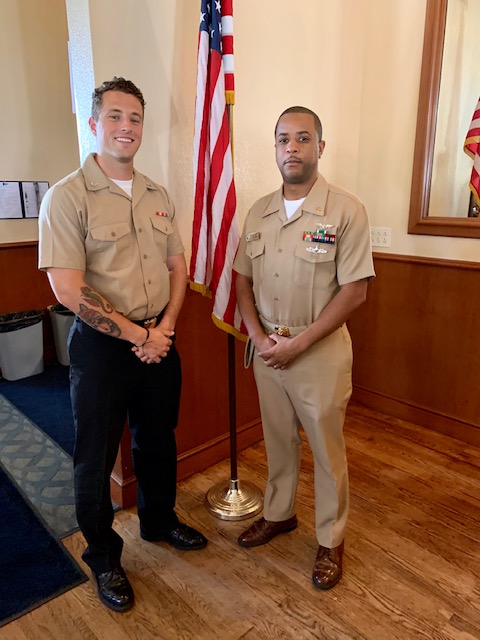 If you see a couple of figures, crouched down low on the sidewalk in the early morning hours, don’t call the police -- they...
Read more
People

Is ordering out becoming a way of life for Coronadans? It seems to be that way for Coronado Optimists and Rotarians who encourage their...
Read more
People

By Kitt WilliamsOn the occasion of his 90th birthday, Jerry Winter recognized a need among our local Coronado businesses and contributed $5,000 to the...
Read more
People

by Brianna HeinkenThe Coronado Interact Club, sponsored by the Coronado Rotary Club, is a service club made up of over 30 active CHS students....
Read more
City of Coronado

City of Coronado Selects Employee of the Year

At their March 11 meeting, the Rotary Club of Coronado celebrated the selection of Tricia Olsen, Development Associate Planner, as the City of Coronado...
Read more
People