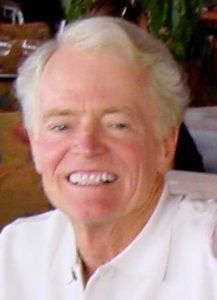 Long time Coronado resident, Donald Ross White passed away on September 23, 2019. He was born in Los Angeles on May 1, 1941 to Donald Bennett White and Pauline Armstead. Ross grew up on Coronado Island and spent most of his life there with a five year stint in Kerrville, Texas and two years in Solana Beach. He was also stationed in Anchorage, Alaska during his Army tour of duty. He was educated at University of California, Santa Barbara and Berkeley (BS) and received his MBA from Cornell University in Ithaca, New York. He also received his CPA and worked with Mooney Aircraft as CFO in Texas and with several tech companies such as United Technologies, Valid, and Linkabit in Southern California and the Bay Area.

His favorite times were running on the beach and participating in many marathons including the Boston Marathon, the San Diego and San Francisco Marathons and the Avenue of the Giants Marathon in northern California. 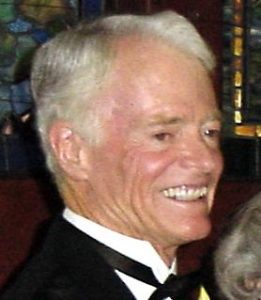 He also spent many hours running on the beach in Coronado. He was an avid San Diego baseball fan and enjoyed Cal and Stanford football games. He was a member of Rotary and the Christ Episcopal Church in Coronado. While in Texas he embraced the culture and spent family time canoeing, hiking and pitching washers in Luckenbach.

Ross is predeceased by his sister, Barbara Slyker and survived by his daughter, Dr. Michelle Whitham and her husband Benjamin, and his son Brian Ross White and his wife Aimee. Also six grandchildren: Steven, Shannel and Riley Whitham and Corbin, Logan, and Griffin White. He also leaves behind the extended family of his sister. A Memorial will be held on October 26, 2019 at Christ Episcopal Church in Coronado at 11 a.m.

If you haven't read our previous articles, this writing is research, recent data, and news about the coronavirus throughout Coronado, California, and the United...
Read more
Letters to the Editor

Submitted by Carolyn RogersonA January 11, 2021 article in The Conversation titled “18 Million US Children are at risk of hunger: How is the problem...
Read more
Community News

Gov. Gavin Newsom has announced that people 65 years of age and older are the next priority group for COVID-19 vaccination, and San Diego...
Read more
Community News

County to Seek Additional Funding for No Place Like Home Program

The County Board of Supervisors unanimously voted Tuesday to apply for $12 million in additional state funding for the No Place Like Home program.No...
Read more
Community News

County Votes to Increase Enforcement on, and Potentially Deny Financial Assistance to, Businesses Not Following Guidelines

The County Board of Supervisors received its first update of 2021 on the region’s COVID-19 response. This was also the first public COVID-19 briefing...
Read more
Advertisement
Advertise Here (Get Rates)