Mayor Richard Bailey has been making the rounds, conducting informative town hall meetings all over Coronado, with his most recent event held in the Coronado Cays Bahama Village Clubhouse, Sept. 25. With a crowd of about 30 residents, the mayor provided an update on some of the hot-button issues affecting Coronado, including the Port Master Plan, the state-mandate to increase housing units in Coronado and Caltrans relinquishment negotiations regarding highways within Coronado city limits. Mayor Bailey also discussed the city budget, explaining where the funds come from, how they are spent and happily sharing that the city is debt-free with a healthy cash reserve. Issues directly affecting Cays residents, such as the summer shuttle and water quality were also discussed during the hour-long meeting.

Mayor Bailey opened the town hall by saying, “My job and the job of the city council is to do our best to represent the interests of all 26,000 citizens [of Coronado], and to direct our city staff to implement the policies that we believe are in the best interest of our citizens. I do these town halls annually to make sure everyone stays updated on the issues we are working on on your behalf, and to ensure the issues we are working on are in fact what interest you. I want to hear your concerns and answer questions you may have.” He then encouraged people to sign up for his newsletter to get updates on current issues facing the city.

Mayor Bailey went on to discuss the two state highways (75 and 282) that run through Coronado and the initiative to have Caltrans relinquish control of those highways to the city of Coronado. This would increase the city’s local control and allow the city to address citizens’ concerns regarding Silver Strand highway and 3rd & 4th. 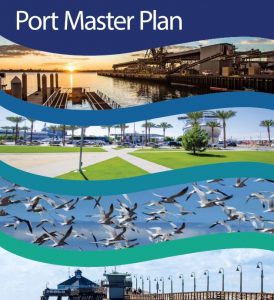 The Mayor then updated the room on the successes we’ve had so far in Coronado working with Port of San Diego to ensure the Port Master Plan doesn’t negatively impact Coronado.  Recently there were proposals to build a hotel at the Ferry Landing and possibly at Grand Caribe Park in the Cays, both of which were removed from the plan as it is written right now. He cautioned that the plan is not final nor approved and that we need to stay engaged to ensure Coronado’s best interests remain incorporated in the plans.

The majority of the meeting was spent discussing the State of California’s Regional Housing Needs Assessment (RHNA), which dictates how many new, affordable homes must be built in each of the 18 cities in San Diego County. RHNA recently mandated an increase of an additional 1,000 housing units in Coronado. After rallying residents to sign a petition opposing the required increase and fighting for Coronado at the SANDAG meetings, Mayor Bailey shared that we lost the battle as of right now and currently the city is required to meet the 1,000 unit increase. He assured residents that he and the city are doing all they can to continue to fight this and are working on proposals and possible legal action that they will take to the State Legislature. For more information on RHNA and how it may affect Coronado click here.

Finally, the mayor discussed efforts the city is taking, in partnership with Imperial Beach and the City of San Diego and in coordination with the EPA to address the water quality in Coronado. He explained that data shows that sewage crosses the border from Mexico into the Tijuana River an average of 130 days a year. The sewage doesn’t always make it to the ocean in levels requiring beach closures, but it does affect the quality of the water. The EPA has identified six projects that could potentially reduce that number to just 12 days per year on average. Those six projects cost a total of 450 million dollars and the mayor is working with legislatures in Washington D.C. to find the funding.

During the Q&A portion of the town hall, many questions were raised about the increased housing. One resident raised questions about the Cays free summer shuttle and when residents should engage the city with proposals on diverting one of the village shuttles 3-4 times a day to the cays to offer service. The mayor mentioned that the city had researched ways to support Cays residents and that the city bus passes were thought to be the best solution, though many Cays residents disagree. A member of the Cays mentioned that the distribution policy of the bus passes needed work and others wanted to know how to offer other solutions to the city. Mayor Bailey encouraged early engagement with the city council beginning in the first quarter, and mentioned that any communication with MTS about diverting one of the village shuttles should include communication with the city council so they can determine if this is in fact a possible no-cost solution.

As the event wrapped up the mayor offered to stay after for any one-on-one questions. Mayor Richard Bailey is very personable and brought humor to the evening, making this informative town hall session a pleasant experience all around. He demonstrated his knowledge of the issues and his passion for the community and encouraged residents to continue to be involved in the community. It is beneficial to attend a town hall event to gain an understanding of issues impacting Coronado.

Local, base and shipboard fire fighting teams responded to a fire aboard USS Bonhomme Richard (LHD-6), a Wasp-class Amphibious Assault Ship, while it was...
Read more
Advertisement
Sponsored Partner Links