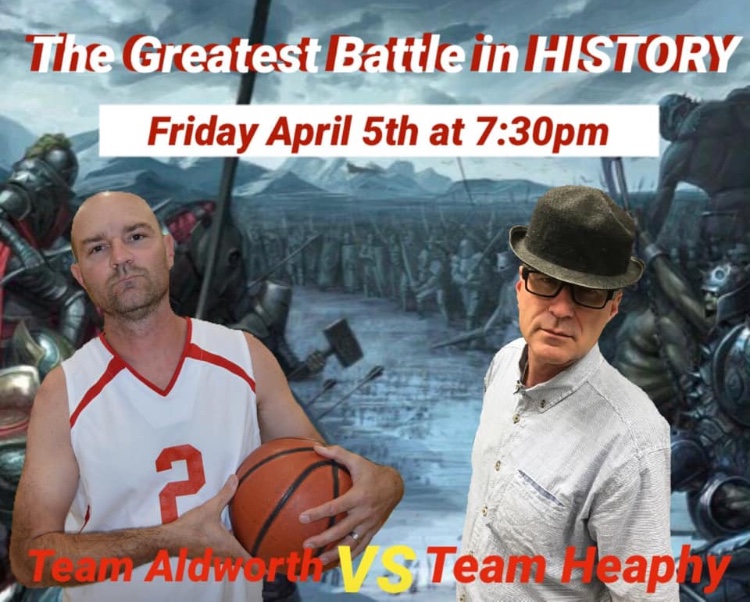 For the fourth year in a row, the faculty at Coronado High School will be exhibiting their athletic ability on the basketball court. The past three years, English teachers Joshua Chao and Tam Hoang have faced each other as rivals. With Mr. Chao’s bitter defeat last year, the Associated Student Body (ASB) at CHS decided to kindle a new rivalry between the two World History Honors/AP World History teachers.

“We loved seeing Chao and Hoang battle it out as the ‘pro-ballers’ of Coronado High School and this year we thought we would take the battle to the History department,” says ASB Officer Gabs Bassette. “Mr. Aldworth and Mr. Heaphy will battle it out in the greatest battle of ‘History.'”

Mr. Davin Heaphy started teaching at Coronado twenty-four years ago as the world history teacher and was joined eleven years later by Mr. Nathan Aldworth. These two teachers are beloved by the entire student body, as they are known for their comical personalities and animated teaching styles and are often the teachers to welcome freshman students. Last week, they chose their faculty teams as follows: 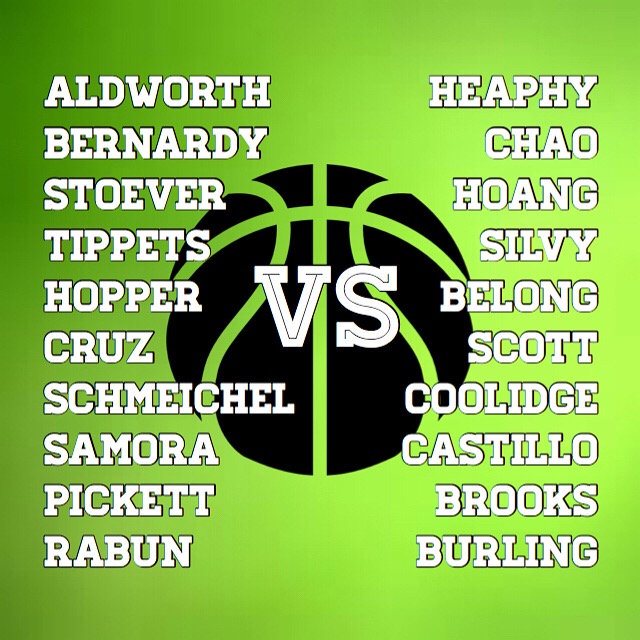 Once the rosters were decided, both teams got to practicing after school to intimidate the other team. When asked about the other team, Mr. Heaphy said, “Garbage. Garbage truck. Garbage bag. Garbage collection.” With regard to his own team, he said, “Special. Super special. Ultra special. Extremely special. Uber special.”

Mr. Aldworth believes that his team has what it takes to win this ultimate battle: “I’ve got guys that can bang down low. We’re much stronger and bigger than our opponents. We’re quick. We can shoot. And we did not collude to get ourselves on the same team,” as it is suspected that Mr. Chao and Mr. Hoang did. “Other than that, we’re gonna want it more than them.”

Come out this Friday, April 5th, to the CHS Gym at 7:30pm to witness the “Greatest Battle in History!”

The Coronado Unified School District held a special meeting July 9 to discuss safe reopening plans for the fall. The meeting, which board members...
Read more
Sports

As races of all sizes continue to be cancelled across the United States due to the ongoing COVID-19 pandemic, the 47th annual Crown City...
Read more
Education

CUSD Families,In response to the CDE ‘Stronger Together’ reopening guidelines, the San Diego County Office of Education published the following reopening plan as a resource for districts....
Read more
Education

On Monday, June 22nd, a lease agreement was finalized between the Coronado Unified School District (CUSD) and the United States of America, acting by...
Read more

Thanks to the Coronado Police Department for providing The Coronado Times with the below information (partial list): Crimes: 4/20/20: Battery near 400 block of I AvenueSubjects...
Read more
Community News

CUSD Teachers and Staff will be hosting a 'car parade' on Friday, April 24 in honor of the Class of 2020 graduates. Maintaining social...
Read more
Crime

Thanks to the Coronado Police Department for providing The Coronado Times with the below information (partial list): Crimes: 4/14/20-4/15/20: Malicious Mischief/Vandalism (Misdemeanor) near 2000 block of...
Read more
Crime

Thanks to the Coronado Police Department for providing The Coronado Times with the below information (partial list): Crimes: 2/12/20: Malicious Mischief/Vandalism (Misdemeanor) near 1900 block of...
Read more
Advertisement
Advertise Here (Get Rates)