One of the most famous documents of World War II, the memoirs of a young, Jewish girl, forced to hide for nearly two years to escape Nazi persecution, are an essential part of how we remember one of the darkest periods of our human history. Beginning February 1, 2019, Coronado School of Arts brings this poignant tale to life in The Diary of Anne Frank, where, in spite of the oppressive circumstances and the horrors that surround her, Anne’s luminous spirit, dynamism and incredible resilience continues to resonate deeply.

For nearly two years, Anne, her father, mother, and sister, joined with the Van Daan family, to hide in a secret annex space above her father’s former office in Amsterdam, as the Nazis deported the Jews of Holland to their deaths. In her secret attic, Anne comes of age: she laughs, plays, fights with her mother, and falls in love for the first time. 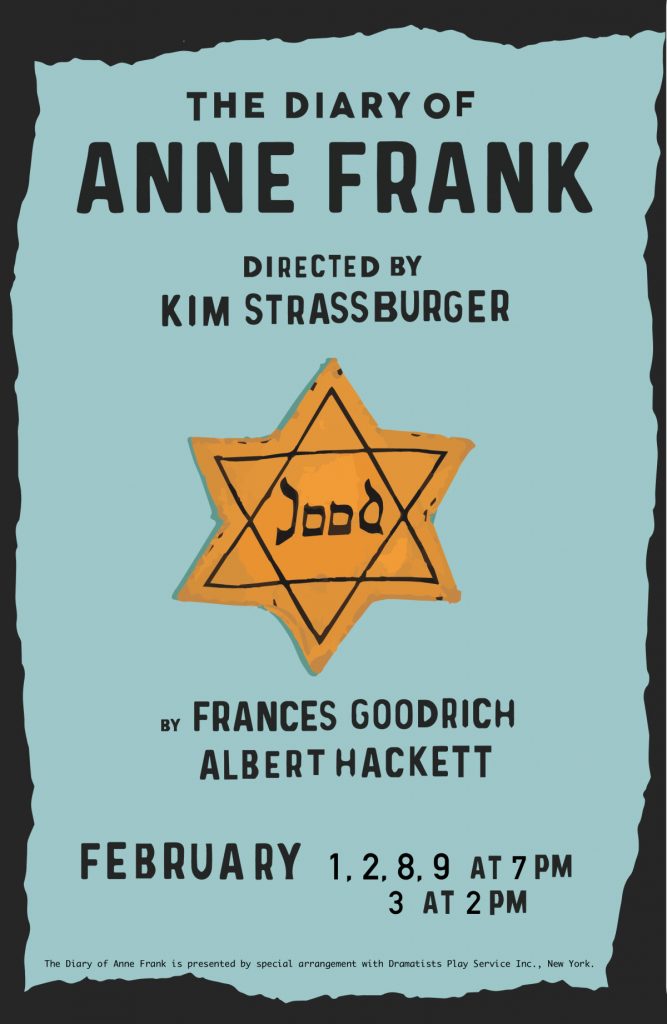 “Anne Frank’s immortal words about love, fear, and hope come alive,” according to director Kim Strassburger, of CoSA’s award-winning Musical Theatre & Drama conservatory, “making her as relevant and vital today as when her diary was first published in 1974.”

Limited to 150 seats for this intimate performance, Coronado Performing Arts Center Main Stage Theatre located at 650 D Avenue, is the venue for this urgent, enduring message with performances February 1  and 2 (both 7pm), February 3 (2pm), February 8 and 9 (both 7pm). Tickets are $15 each and available at the box office 45 minutes prior to performance or online at https://cosamusical.eventbrite.com.