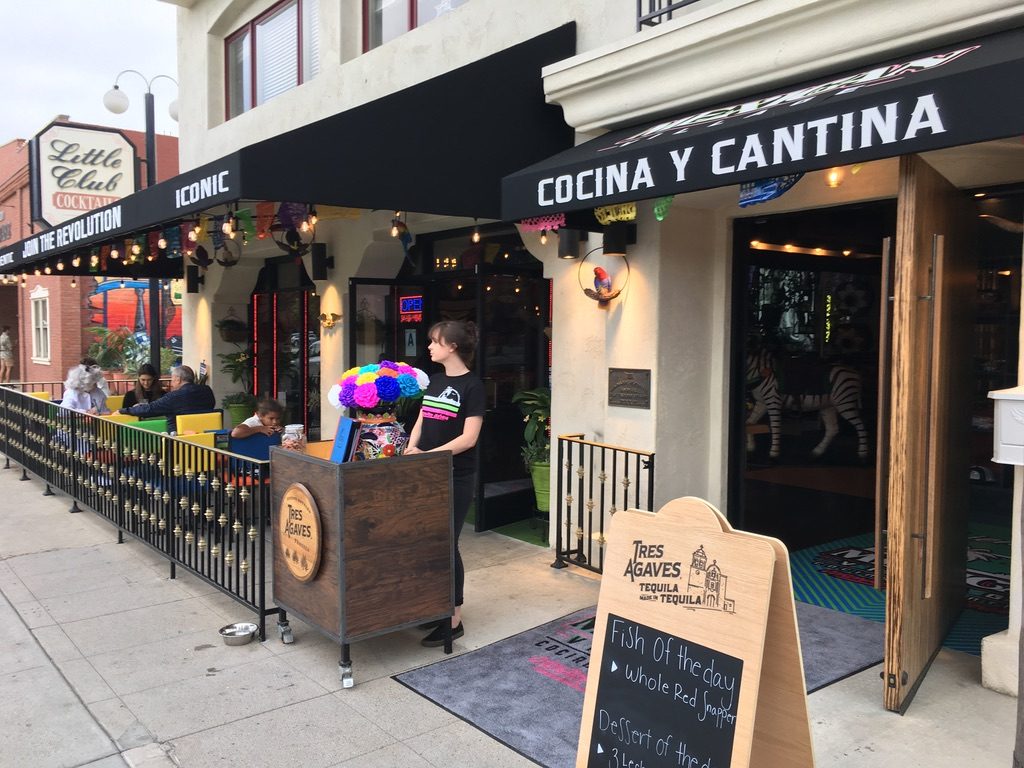 Without a doubt, the new Mexican Village at 126 Orange Ave is the most colorful and festive restaurant I have seen in Coronado. The name, Mexican Village, has a history in this location, but this is a new restaurant, different owners, different menu and has no affiliation with the previous owners.

The owners of Mexican Village are a team of three men including Steve Biafora, the building owner and founder of now-closed Firehouse Bar & Grill, which was at the same location, Nick Tomasello, original founder of Nicky Rottens Downtown and owner of the Rancho San Diego location, and real estate agent and clothing company owner, Dave Hurwitz. 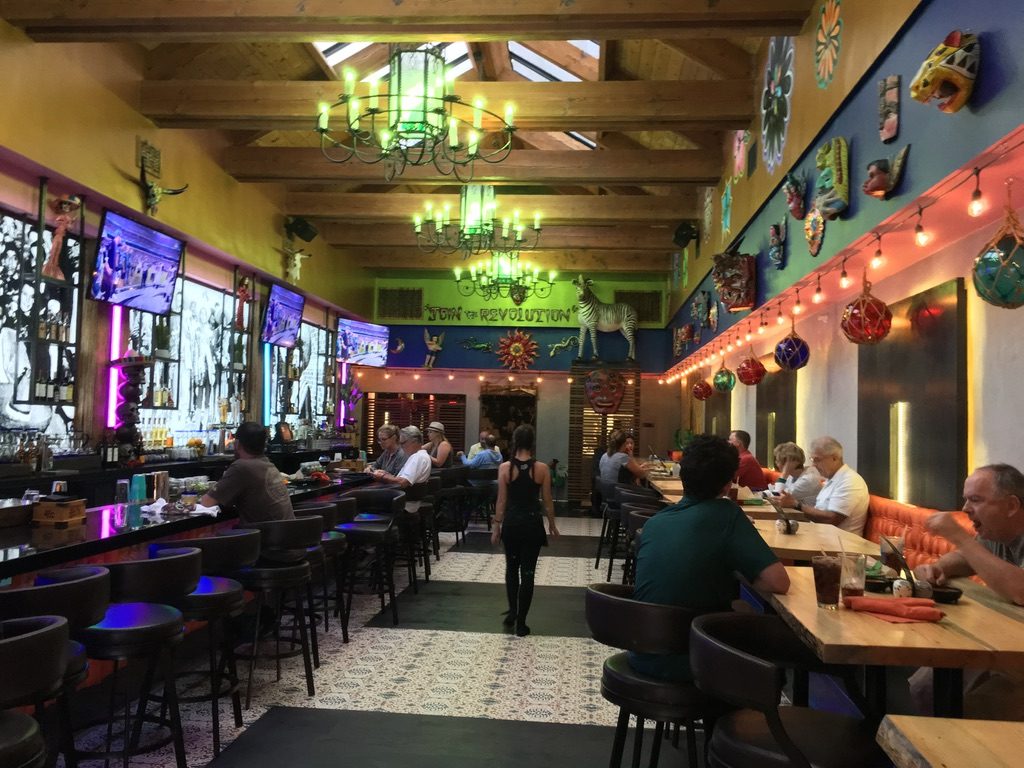 While there are three partners, the mastermind and maestro of the project is Tomasello. With decades of restaurant experience in San Diego at his own establishments and as Director of Operations for Osteria Panevino in the Gaslamp District, there is no doubt he knows how to run a restaurant.

This Mexican Village is a new revolution in the words of Tomasello, who is passionate about delivering the best of everything under his direction. 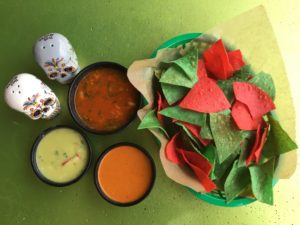 In the kitchen, Chef Luciano Scagliarini is creating delectable Acapulco influenced Mexican cuisine. Chef Olea from Acapulco explained that the salsas she creates (passion, cherry, and amour) all go through a three-step process to release the flavors on different levels.

Nick and Dave shared that they are working on a t-shirt to sell that has a circle with a line through it saying “not a taco shop,” and that it is not. I personally had never seen cactus in any of the fajitas I have ordered. But that may be why the menu says “not your Gringo fajita” under the Molcajete heading.

The layout of the restaurant has a long, large bar on one side and a dining room on the opposite side, making family dining pleasant and separate. The front of the restaurant is a lounge area with seating which also leads out to a front dining patio. Pets are welcome on the patio. The restaurant also has a semi-private conference room with a big screen TV and a projector for those who want to use the space for meetings, events, and large parties.There are plans to put doors in place to be able to completely close off the space for privacy. 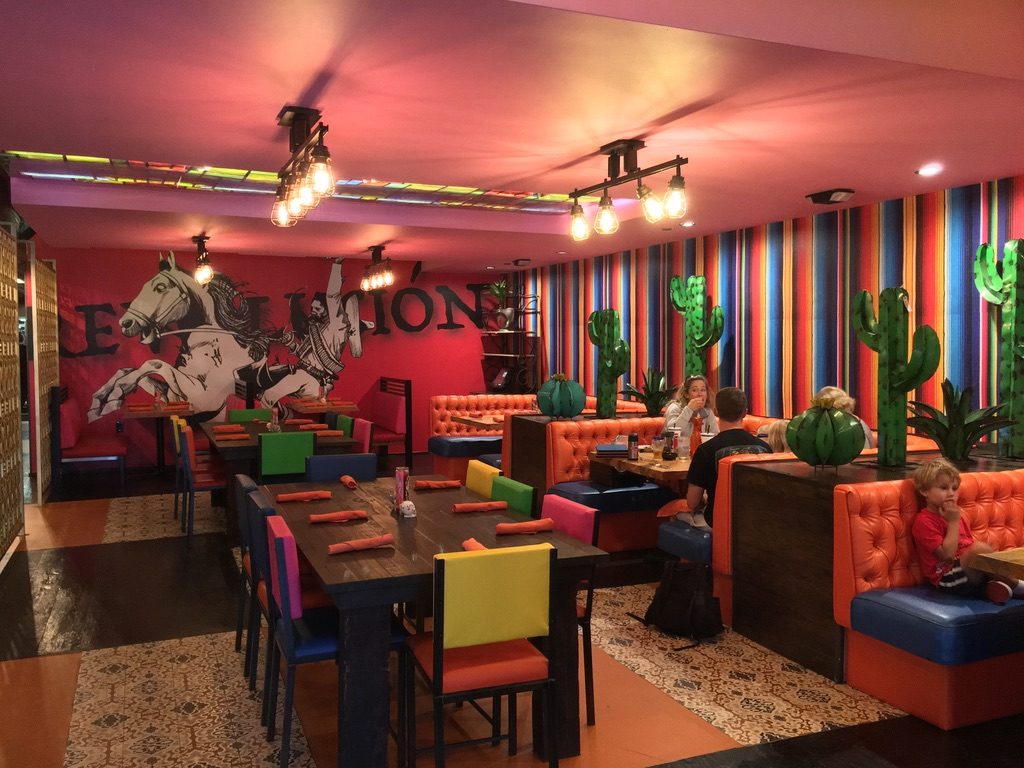 The murals on the walls were hand painted by tagging artist, Alex Malone, who is the same artist responsible for the current murals under the overpass in Barrio Logan and other restaurants in the San Diego area. 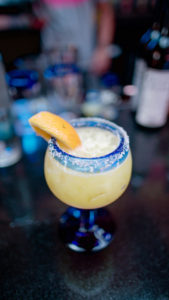 The bar is fully equipped with several large-screen televisions making it a great place to watch sporting events and enjoy a margarita or other cocktail.

The staff, including front of the house manager, Mitch, goes above and beyond to be kind and professional from what I saw and experienced. I was there during the soft opening on one of the first days when one could expect total chaos with new systems and new staff but there were few complaints. And any service related delays will no doubt be polished and quickly. I overheard many diners as they were leaving, complimenting both the food and the staff.

Guests Bob and Jeanie Morig, who saw I was from the Coronado Times, stopped to share with me that their meal was excellent. They were impressed by the chef, the servers and the manager. They said they will definitely be back. Another gentleman left with his three small children exclaiming how happy he was to have leftover food to take home and eat for days.

The restaurant hours are Sunday through Thursday, 11:30 am to 11 pm, staying open until midnight on Friday and Saturday. They are still working on a weekend Brunch menu and late night menu. The partners all welcome your feedback as they continue to develop the menu and provide the best culinary experience possible.

The original Mexican Village restaurant in this same location was started in the late ’40s by the Forsyth family, James, Albert and Mary Kay. They grew the restaurant over the years into a local landmark, during which time it was a frequented by Navy pilots and officers as well as celebrities including Walt Disney and Liberace. If the walls could talk… There are items on the new menu that are reminiscent of favorite dishes that locals have been asking about. As for how they compare to the original recipe, you will have to decide for yourself.