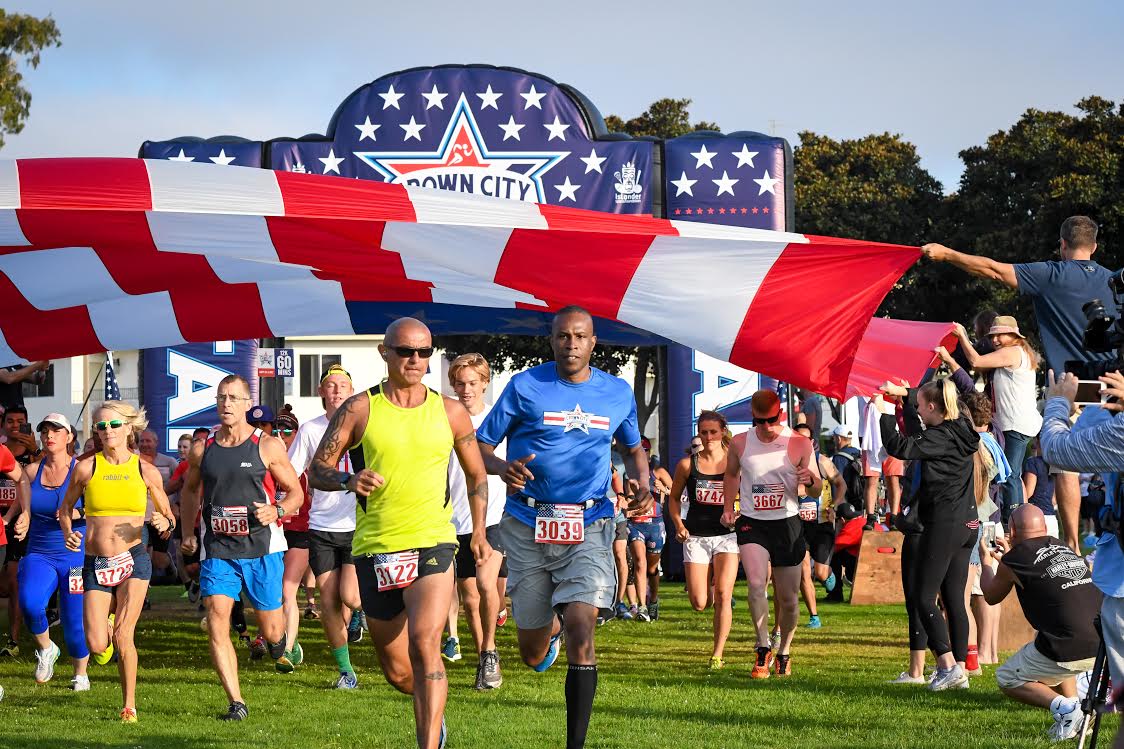 This Fourth of July marks the 44th Annual Crown City Classic race/walk in the city of Coronado. For the first time, the event will also feature the Crown City Mile, a one mile sprint down Orange Avenue right before the Fourth of July parade. With nearly two thousand participants, this race has attracted all types of runners across California and the US. The Independence Day run started as a half marathon in the mid-1970s. In the 1990s it changed and featured two events: a 15K and a 5K. The Islander Sports Foundation (ISF) was founded in 1994 as the All Sports Booster Club and has been the sole beneficiary of the race since its founding. ISF, a California non-profit, supports quality athletics programs in Coronado High School and runs those operated in Coronado Middle School. ISF now partners with Easy Day Sports—a sports events production agency headquartered in Coronado—to put on the Crown City Classic. Student athletes and parent volunteers handle check-in, course marshaling, and other activities as needed. 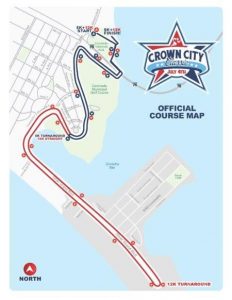 miles) and a patriotic 12K (7.4 miles run on 7/4). Check-in for both events will begin at 6:00 AM at the starting line, located at Tidelands Park (2000 Mullinex Drive). The races will begin at 7:00 AM (12K) and 7:10 AM (5K). Both the 5K and 12K proceed under the San Diego-Coronado Bridge, then running along picturesque Glorietta Boulevard. The 5K turns around near Visalia Row, in front of the Coronado Municipal Golf Course. The 12K turns around past the Naval Amphibious Base on Silver Strand Boulevard. Both races will come back and end at Tidelands Park.

The Crown City Mile will take place on Orange Avenue just before the Fourth of July parade. After runners complete their 12K or 5K runs, many of them will join the crowds on Orange Avenue to demonstrate their speed and patriotism while being cheered on by the many parade-goers. The idea to connect the Crown City Classic with the festivities on Orange Avenue emerged several years ago. Finding the right mix amidst a busy morning of activities required some creative collaboration between the City of Coronado, the 4th of July Committee, ISF, and others in the community. The answer is a short, one-mile race that will occur quickly and present the opportunity for early parade viewers to cheer on participating runners.

This Crown City Mile consists of three separate divisions, limited to one hundred runners in each: a men’s race, women’s race, and youth race. The starting line is at Orange and Fourth and the race will end at Star Park Circle. The race should draw a lot of excitement from spectators setting up to view the parade.

For more information regarding the Crown City Classic, click this link.

Today, Coronado Police Chief Chuck Kaye speaks out to condemn the death of George Floyd, share how it has affected the community from a...
Read more
Community News

Our team at The Coronado Times is so very thankful for our readers, supporters, partners and advertisers. We couldn't make this publication happen without...
Read more
Community News

On June 1, Mayor Richard Bailey shared: Reflecting upon the events of this past week, I am struck by the depth of injustice that took...
Read more
Community News

Scripps Health this week reopened the last of its outpatient clinics that had been temporarily closed in March after state and county officials issued...
Read more