As the Coronado Unified School District, Coronado Police Department and the community work together to empower our children to feel safe on campus and in life, there are efforts being made to improve policies and procedures as well as adding actionable items that our students and families can use to feel safer. 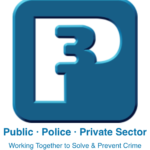 One such item was presented at the school board meeting on March 15, 2018 by Coronado Police Chief, Jon Froomin. It’s a smartphone app called P3Tips. We can all agree that our children live in the tech age, a good majority have phones or other devices that have app accessibility and they like to be on their phones. An app makes sense in keeping up with the times and providing a way of communication that is already in the hands of our children. 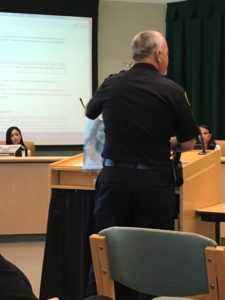 Chief Froomin says, “Many times students and families need a way to communicate and speak out” on behavior that is alarming. “Contacting the police department or a teacher is not comfortable or does not feel safe. It’s not always an acceptable response or answer. The connection to Crime Stoppers is through P3tips.com. We (Coronado) are now on their list of cities. P3tips was selected because of its existing connection to, and relationship with, our local Crime Stoppers. Additionally, their 24/7 monitoring and their timely responsiveness was critical.”

Frooman adds, “As it relates to reporting crime or threats, we strongly encourage people to communicate directly with the police department in a timely fashion. This is by far the most expeditious method for receiving service. It also permits interaction to clarify information, which improves response. However, we recognize that some people, including our youth, prefer an anonymous method for reporting. We want this information, so we are offering methods to receive it in a timely manner, whether by phone, through Crime Stoppers or electronically through P3tips.com”.

Chief Froomin encourages all community members, adults and students, to download the app to their phone. It is completely anonymous and could be the thing that makes a difference if something suspicious is noticed.

During the school board presentation, the Chief explained that when he initially contacted the P3Tips company, he explained to them that it looked great but there was something significantly wrong with the app. When asked what that was he told them, “Coronado is not on your list of cities.” Within two hours it was added.

The fact that the company itself is not local does not impact on how it works nor the effectiveness. Just the day before the school board presentation was made, Froomin shared 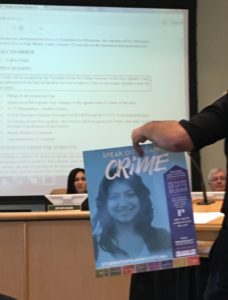 that an incident had been reported about a school threat in El Cajon. Froomin explained how quickly and thoroughly it was handled by getting the information to the local authorities. He said, “You didn’t read about it in the news” as evidence that it was handled and a potential disaster was circumvented because authorities got anonymous key information.

As the police chief showed, there are posters that you will soon see on campus and in the community to get the word out. P3Tips was created as a way for the public, police and public sector to work together to solve and prevent crime.

On Friday July 30th, the Port of San Diego and the City of Coronado hosted a celebration in honor of the 25th anniversary of...
Read more