City Still Seeking a Restaurateur for its Golf Course

For a moment it looked as if Coronado had a new team to run the restaurant at the Municipal Golf Course. A committee that City Council had appointed to review proposals had selected Brian Smock Dining and the council was expected to accept that recommendation at its January 17 meeting. It didn’t. Instead, Mayor Richard Bailey asked Councilmen Whitney Benzian and Mike Donovan to “take a deeper dive” and review the three finalists.

Last week Benzian and Donovan reviewed each proposal and reinterviewed the finalists. The council will vote on their recommendation at the February 20 meeting.

“This is one of those big ticket visionary opportunities and we don’t want to miss the moment and the mark. We have to understand who all three of the final proposers are,” Benzian said. “Are they proven operators, are they financially capable of putting skin in the game along with the city?”

The Cohn-Irvine team operates Sea 180 in Imperial Beach. Independent of Irvine, the Cohn Restaurant Group has over a dozen restaurants throughout the county, including The Prado and Indigo Grill and Gaslamp Strip Club. David and Leslie Cohn have been birthing restaurants for decades. Their first Corvette Dinner opened in Hillcrest in 1986. It has since moved to Liberty Station. From 1991 to 2005 Irvine owned Chez Loma in Coronado and currently owns Bleu Boheme in Kensington.

Brian Smock oversees the golf course club house, where he is the resident pro. Smock does not have restaurant management experience, but has been consulting with Stephane Voitzwinkler, Executive Chef at Mister A’s.

Feast & Fareway is a newly formed partnership, although the partners have worked with each other before. The group consists of John Rudolph, a semi-pro golfer who owns Harry’s Coffee Shop in La Jolla; Johan Engma, owner and founder of Rise and Shine, a restaurant group that includes Fig Tree Café, Breakfast Republic and Pizza Republic, and Tom Penn.

Rudolph’s father opened Harry’s in the 1960s. It has been serving breakfast and lunch at its cafe on Girard Avenue ever since. Rise and Shine opened the first Fig Tree Cafe in Pacific Beach in 2008. Since, they’ve been adding to their stable of casual-dining restaurants.

Penn is the founder and CEO of Real Restaurant Solutions. The company advises restaurant start-ups. Penn worked in the hospitality and restaurant business for 30 years, 13 of those years were with Hyatt Hotels. He was also an operating partner in Sammy’s Wood Fired Pizza.

Donovan stressed that in voting to take a second look at the finalists, it was not rejecting Smock. As far as he and Benzian are concerned, Smock has as good a chance as the other finalists. “We may wind up picking Brian,” Benzian said.

The golf course restaurant has always been more than a place for golfers to eat and drink after or before a round of golf. Many community, social and church groups meet there, couples wed there, the dearly departed are memorialized there, and, on the eve of every Fourth of July, Coronado High School alums spanning decades come together for the All Class Reunion.

Because the restaurant is a community resource, Benzian regretted that the community hadn’t been brought into the processes earlier, not just golfers, who dominated the first committee, but nongolfers and people with restaurant experience. “I want this to be not just club house, but a public house too…a place to bring the community and families together to enjoy this unique property,” he said.

It was clear at the council meeting that his colleagues agreed that it was a valuable community resource that had not been fully exploited. While their own sensibilities led them to want to “delve deeper,” as the mayor put it, they were also prodded by constituents.

The selection of Smock generated a wave of phone calls and e-mails to council members. “This is something residents really care about,” said Councilwoman Carrie Downey.

Not all the calls were against Smock, nor did they indicate exactly what type of a restaurant they wanted. There were people who said, “I like the Prado, hire the Cohn Group.” Others were happy with the current owners and didn’t want to change anything, Donovan noted. Many were worried about prices going up. “I don’t want to pay $12 for a drink,” one resident told Donovan. His vision is simple, probably closely attuned to what the average resident wants, “good food, good service at a good price.” 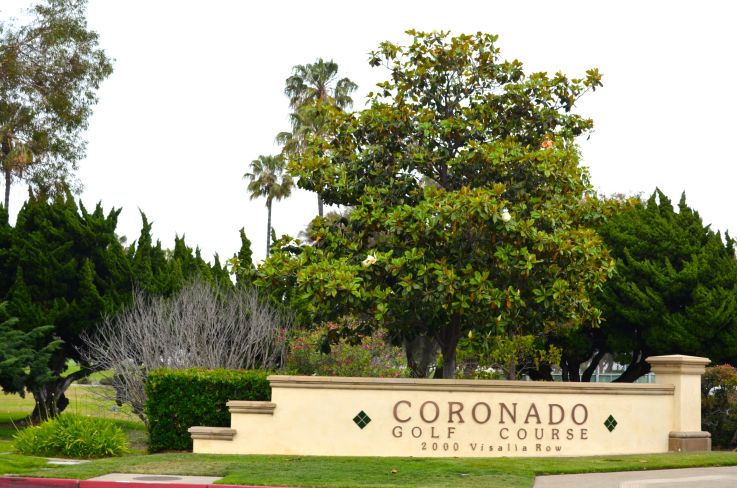 Positive news on the COVID-19 front this week as California lifted the Stay Home Order and the County of San Diego went back to...
Read more
Dining

Valentine’s Day at The Del

Hotel del Coronado is a romantic world all its own - a majestic beachfront destination that’s captured hearts for generations. It’s the place where...
Read more
Business

Coronado adults, teenagers, and kids are encouraged to participate in the 2021 Coronado Community Read with events throughout the month of February. This year's...
Read more