Submitted by Comics + College
Marlee May and Nathan Chisholm 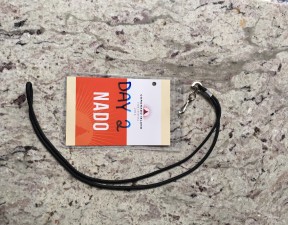 January 16, 2016 – Today we started our morning early as we waited for the first panel: Meet the Critics. Sponsored by the local author of “The Indenture,” Denver McGarey, the City of Coronado’s Boathouse and Club Room was filled with an eager audience and some delicious breakfast snacks. The audience was granted the opportunity to hear some prestigious movie critics discuss their jobs and experiences in the industry. The panel consisted of Leonard Maltin, Joe Morgenstern, Anders Wright, Josh Board, and Diana Saenger. Each of these panelists work with a different audience, from print in The Union-Tribune right across the bay, the Wall Street Journal, to the television show Entertainment Tonight and more.

The panelists were all amazingly sociable and answered the questions moderated by Leonard Maltin, along with a Q&A session that included the audience. The panel started out with each critic describing what it is they look for in the films they review. A majority of the critics mentioned that dialogue was one of the most important things they absorb in a film – that it can either make or break their experience. Leonard Maltin specifically looks to be absorbed by the movie’s originality, and wishes it to be “formulaic but well done.” Joe Morgenstern mentioned that he has two specific things he focuses on when reviewing a movie: 1) an entertaining way to get into what he is writing – in other words, how can he draw people in, and 2) something that jumps out and allows him to do justice to whatever it is he is writing. Joe recounted some instances of interacting with his audience as they contacted him, resulting in his description of the “poisonous climate of the internet.” We learned that most of the critics try to avoid movie trailers in order to go into a movie with a clean slate and no preconceived notions of the film. They even go so far as to cover their ears, close their eyes, and hum in order to avoid any sort of trailer spoiling their experience later on.

When asked what the influence of a critic is to The Academy Awards, each of the critics agreed that they have little to no influence whatsoever. The panelists explained that one of the most rewarding things they can do as a critic is call interest to films that can’t afford the publicity that a larger scaled studio can. For example Disney and the Marvel Franchise can afford much more publicity than the Academy Award Nominated film “Room” that was produced by a much smaller studio on a significantly lower budget. So, when the critics rave about a smaller film, audiences will be more drawn to go to a film they hadn’t thought they might want to see in the first place.

One of the most important crumbs from the food-for-thought that the panelists gave us came from Diana Saenger. She told us all to find a critic that mirrors your taste in films, and stick with them. I think this was an extremely important take-away from the panel. The panelists discussed how in reality, they are human beings that have families and a job, not someone just ripping your favorite movie to shreds. So, that being said, we are now on a mission to find a critic that matches our taste in films, all in hopes that it’ll help guide our cinema experience while also making our own opinions along the way. And with that advice being dropped at the last second, we wrapped the Meet the Critics panel with an ear shattering round of applause.

After the critics, came the fantastic producers of film that enlightened us on what a producer actually does. This panel consisted of Lisa Bruce, the moderator of the panel, Suzanne Buirgy, Jim Whitaker, and Tani Cohen. The job of the producer was so much more than we expected it to be. Usually when you think of movie producers, financial matters come to mind. However, they cleared up any questions that people had up front. Suzanne Buirgy summarized it well by saying that their job is, “having a great story and turning it into an outstanding movie that arrives on time and on budget.” So, while the producer is dealing with the finances of the film they are also juggling the cast’s morale, providing the director with the resources they need, casting, and helping keep the production on time. The producers are basically the managers or executives of the production that help keep everything running smoothly while also being the part time ‘therapist’ on set.

Suzanne Buirgy, producer at DreamWorks Animation, described one character trait that all producers either have or gain over time: resilience. She explained that her life gift from being a producer was learning how to pick up and keep on going. Jim, the producer of Disney’s “The Finest Hours” shared his story about “getting on the dance floor” – moving up from intern to producer. When asked how a producer manages a healthy lifestyle, family inclusion and their needy jobs, Lisa Bruce (“The Theory of Everything”) shared a story of a friend that throws a going away party, even though they are staying in the same town. But, in a more serious tone, she explained that she dedicates her life to the film, and then takes a lengthy break between a wrap and beginning a new project.

All of the panelists agreed and commented on how exhausting the process is and just how long it takes to go through the film-making process. From finding a story or developing an idea, to creating a screenplay that gets made into a script, then hiring a director and a brilliant cast, and so on, the work seems endless. Jim Whitaker explained this best with his example of the movie “Friday Night Lights.” The process that it took to get a script to present was a huge section of time used, which was then followed by the struggle of getting a studio to produce a movie where the football team actually (spoiler!) loses. Overall, Whitaker said that the film process took about 15 years to complete. Touching back on the resilience that Buirgy mentioned, Whitaker said that he stuck with the film because while sometimes you make a movie for financial gain and sometimes for critical acclaim, at other times you make a movie because you feel like the world will be changed because of it.

Both panels were incredibly informative and entertaining. Getting the chance to listen to people was such a great opportunity and it gave us a behind the scenes insight to the passionate world of the film making and film critiquing process. It was a very successful morning and afternoon at the second day of the Coronado Island Film Festival.