More Than Just a Friendly Rivalry? 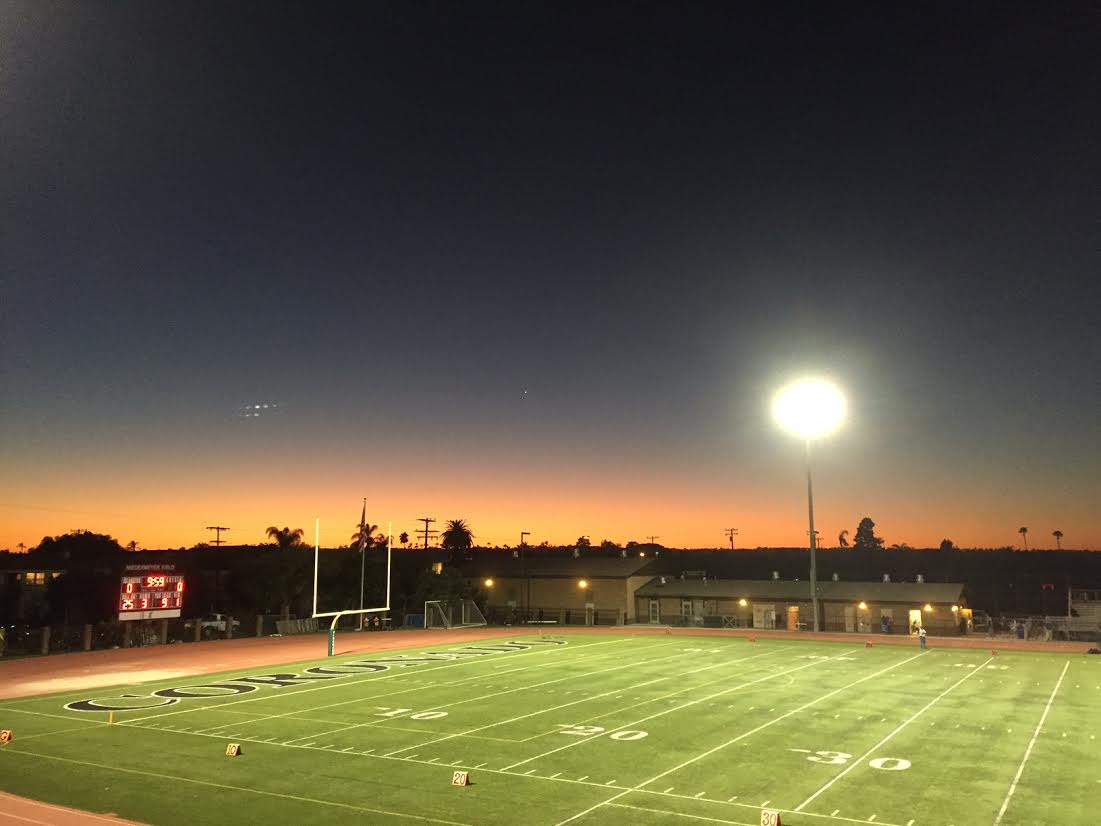 Coronado High School’s football team recently took home the title of CIF Division V Champion for the first time in 39 years. However, this is also the first year in which the team had been demoted to Division V division in the CIF San Diego Section.  Teams are moved up or down in divisions based on performance.  Nonetheless, it was a win for Coronado Islanders and a proud triumph for those on the team.

However, there is some tension between students – specifically between the football and water polo athletes.  The men’s water polo team also made it to CIF Championships this year.  They lost a very tough game to a San Diego private school, Cathedral Catholic, and took home second place in the Open Division. The Open Division is the highest level in CIF, which insinuates why CHS’ men’s water polo lost to a private school team who is able to recruit players to play for them. As a public school, CHS cannot turn down anyone interested in the program. After learning of the Division V win for the football players, some of the men’s water polo players took to online social media to share their annoyance with how proud the football team was acting. One student tweeted, “Thank God our football team won Division 5, or I would have been worried.” This tweet was the beginning of some animosity at Coronado High School.

Normally our school’s athletic programs stick together when it comes to defending titles within the school, but now that we have teams in both the highest and a low division, the sportsmanship is not exactly thriving. After talking with several students, I learned that in classes where both football players and water polo players coincide, there is an obvious tension in the air; one student sensed that she could “cut the tension with a knife.” Although several quarrels have been seen on social media such as Twitter, Instagram, and Facebook, where even some cheerleaders and female water polo athletes have gotten involved, no physical altercations have been reported.

Most believe, and hope, that the “feud” will pass when the season ends, but several others are worried that it may cause even more of a rift between the these two groups of athletes.

The students quoted above have requested to remain anonymous and will do so until further permission is granted.

As races of all sizes continue to be cancelled across the United States due to the ongoing COVID-19 pandemic, the 47th annual Crown City...
Read more
Business

COVID-19 has inspired a variety of emotions and reactions in people worldwide, but did you know that in Coronado it has inspired a resident...
Read more
Business

When asked about the gym closure due to Covid-19, Coronado Fitness Club owner Chris Foote focuses on the positive and what the future holds....
Read more