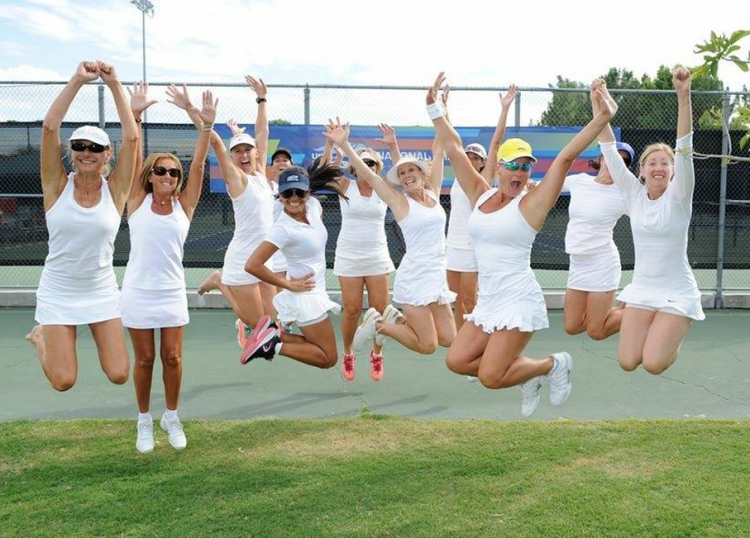 Congratulations to Coronado’s USTA Women’s 3.0 Team on finishing as the 2015 National Runner Up in the USTA Womens 18 and over 3.0 National Championship Tennis Tournament held this week in Tucson, AZ.

Coronado won the Southwest Regional in Fountain View, CA in August, earning them a berth in the National Tournament. The team completed pool play Saturday with a 2 -1 record and advanced to the semi-final round. In the semi final they defeated the Missouri Valley Sectional Champion by a score of 4-1 in match play. In the final, they faced Florida, but lost in a hard fought match by a score of 3-2.

Reprinted with permission from Alex Fahrenthold.

35 turkeys and 42 pies to-go were on the menu as Brian Savala of Sun West Mortgage, Jim Yeager of Nova Home Loans, and...
Read more
Education

They are giving thanks by giving back… Coronadoans are providing 600 Thanksgiving meals today across the bridge to the kids of the Monarch School,...
Read more
Sports

This Thanksgiving, local running events company Easy Day Sports has decided to add some flair to the traditional turkey trot by creating The Great...
Read more

Coach Hines continues to encourage and publish bite-size tweets to his almost 50,000 followers.  Earlier today, he shared his views on how to react...
Read more
City of Coronado

City of Coronado to Host Virtual Workshop on the City’s Housing Element (Oct. 22)

The City is set to “virtually” kick off the 2021-2029 Housing Element Update to Coronado’s General Plan to incorporate the state’s new requirements into...
Read more
City of Coronado

Editor's Note:  Thank you to the Coronado Shores Community Alliance Group for conducting this online forum and for sharing their video with the community...
Read more
City of Coronado