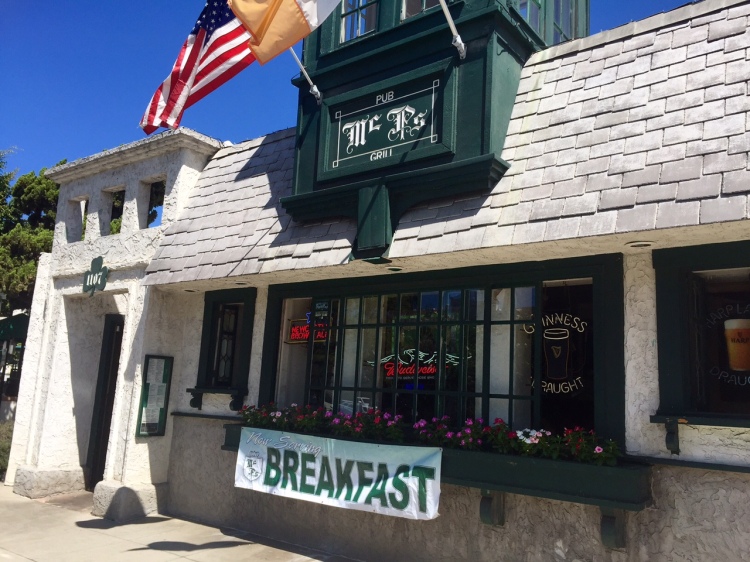 Kids and dogs welcome, adults tolerated is the sign found outside McPs and it tells you all you need to know about this restaurant – you come here for fun. Owner, Greg McPartlin, is a jolly man with a great sense of humor. When he speaks, people lean in and find themselves in fits of laughter. Not that he is a comedian intentionally, just because even the briefest conversation makes you feel like he is someone you want to be around. There goes that train of thought, guess Ill wait to catch another one, he says during his conversation with me about McPs.

McPs Irish Pub (at 1107 Orange Avenue) was formed in 1992 by former navy seal, Greg McPartlin. After spending years in the Coronado real estate business, Greg found a different opportunity for his life plan and jumped on it. Across from Gregs real estate practice on the upper side of town was a joint called Manhattan Room which was famous in Coronado for its pizza. When they went out of business, Greg joined forces with architect Dale St. Dennis who helped transform Manhattan Room into todays cheerful McPs.

Originally, McPs Irish Pub was a smaller dining and cocktail joint that played live Irish music nightly. Although you would not guess it today, McPs did have a rough start for the first couple years. Greg, himself, spent many years as a bartended at McPs serving during happy hour. Greg recalls, A lot of navy seals came in that were from my era. They didnt have a place to wind down for happy hour, and we were a fun little place. He chuckles Plus they thought they could get free drinks out of me. 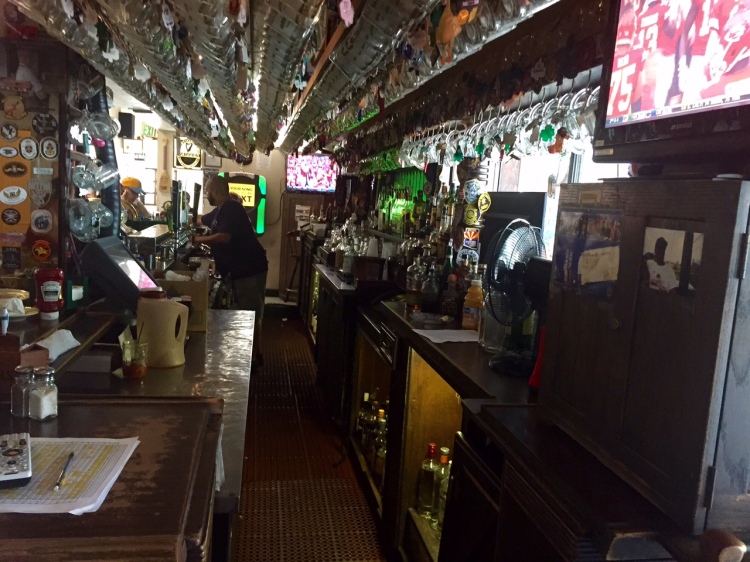 The man behind McPs is as interesting as the restaurant itself. Greg moved to Coronado in a time that seems foreign to many locals- a time before the bridge was built. In the spring of 1969, Greg McPartlin was transferred to San Diego to be a corpsman. All around McPs you can find photos and awards from his military days. That is a story, even too big for another article. To learn all about Gregs SEAL life, I invite you to read his memoir. 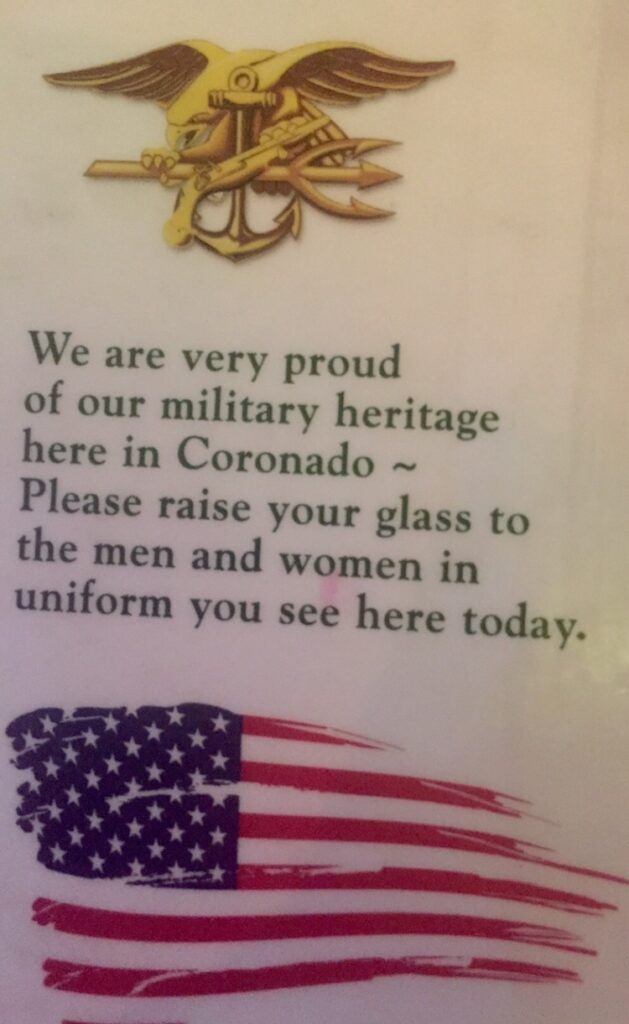 As far as the restaurant is concerned, reputation is key in Coronado for all good businesses. Within the first few years of its inception, locals learned how friendly and protective McPs is of its costumers, and women especially felt comfortable going to McPs and having a few drinks. In a world before match.com and tinder, Thursday nights at McPs was the hot place to go for boy meet girl. People lined up on the block near Bank of America trying to squirm inside for the fun. Greg describes what McPs looked like before McPs took over what was formerly the Arco station and made it into their back patio and parking lot where many locals bikes safely rest. McPs became the first outdoor dining place in town. 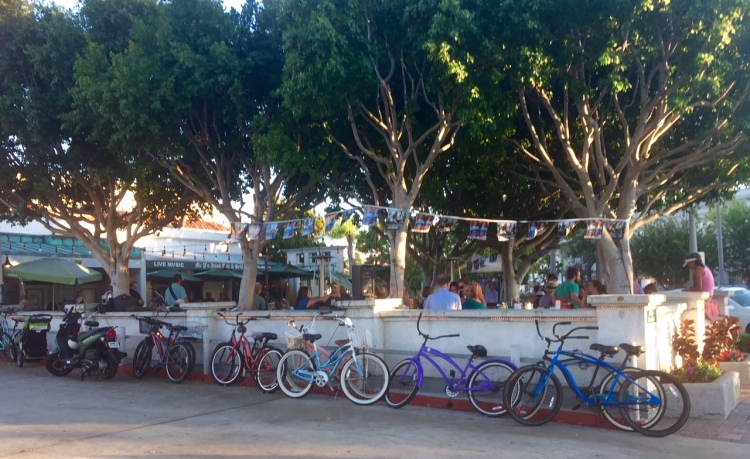 On the outside patio of McPs, dogs join in on family dinners and linear fire pit on the tall tables warm up beautiful Coronado nights. The dynamic patio was designed by Pete Joseph who currently operates the Lake Tahoe location. Pete was a Coronado contractor and with his eye for design, he built the patio, an addition in the back, and a second floor which is currently used for administrative work. Although Pete was a tremendous asset in Coronado, he wanted a change of scenery and it became apparent by McPs popularity, that it would better serve California to have two locations.

There are a number of reasons to expand McPs to Lake Tahoe. Greg, originally from the Midwest, explains that he loves seasons. For all the benefits of living in Coronado the one thing that is lacking is inarguably seasons. After visiting Tahoe for a number of years Greg knew that the one thing that would make Lake Tahoe better was a McPs there. Pete was the perfect person for the job to operate McPs TapHouse Grill in Lake Tahoe. The biggest difference seen so far is some very unusual guests at McPs TapHouse Grill, for instance over Labor Day weekend when a bear wandered through.

Back on the other side of California, there remains much more to McPs then just the patio. Inside, Coronados McPs Irish Grill is equally as captivating. There are nineteen TVs to watch any sports game anyone could want and live music remains an ingrained part of McPs. Every night live music rocks McP’s, and weather permitting- a live band will play outside on the patio. Coronados infamous band, Rons Garage, plays every Sunday and many times a week. Peggy comes from south San Diego to enjoy McPs with her husband. She explains what she loves about the restaurant, You can still talk to people. Even though it has a sports bar feel during the game, its not obnoxious. You just feel like you are a part of something bigger. 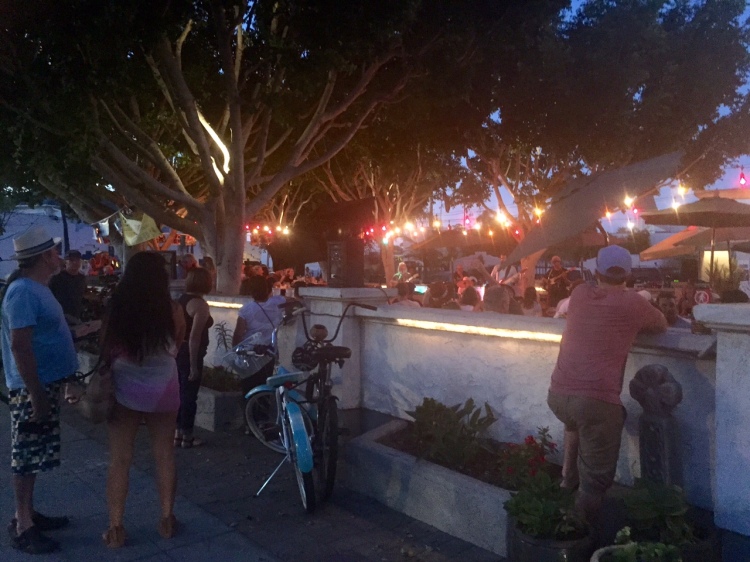 That is in essence what McPs encapsulates- the spirit of Coronado. Greg sums up the cliental the occupies McPs as anywhere from the newly wed to nearly dead. He is correct. As long as you are looking for a good time, with good people, good drinks, good food, good music- then youll fall in love with McPs good vibes.

Visit their website at http://www.mcpspub.com/ – better yet, go in person.

Karrie Jackson teaches visual arts for the Coronado School of the Arts, and is a graduate of CoSA herself. As Brad Willis shares in...
Read more
Business

Lamb's Players Theatre has been closed since March, mid run of the musical Alice. When the show's run was cut short, the cast got...
Read more