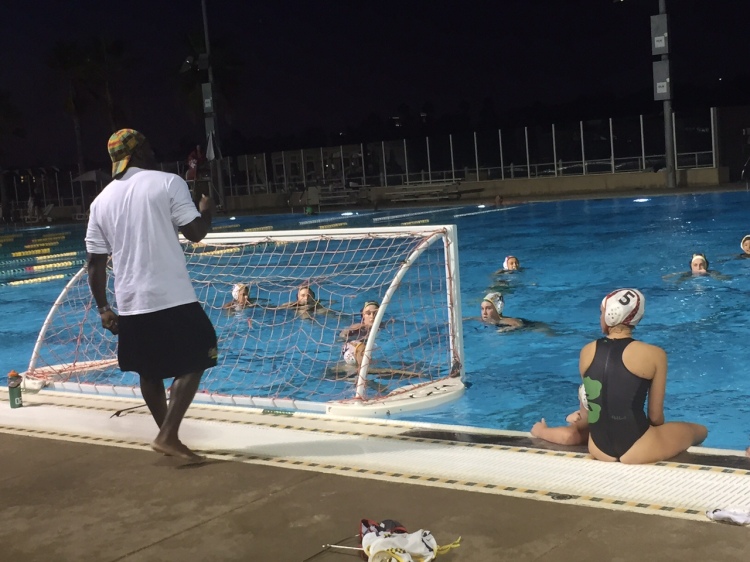 Coronado has a variety of sports that exceeds expectations. Water polo is not one of them. Water polo in Coronado is expected to be the best. It is assumed unless proven false, that the Coronado water polo teams will dominate not only in San Diego but across the state, beginning in grade school. Who would be crazy enough to take on the responsibility and pressure of coaching a team with such a legacy? That would be Coach Asante Sefa-Boakye, CHS alumnus. 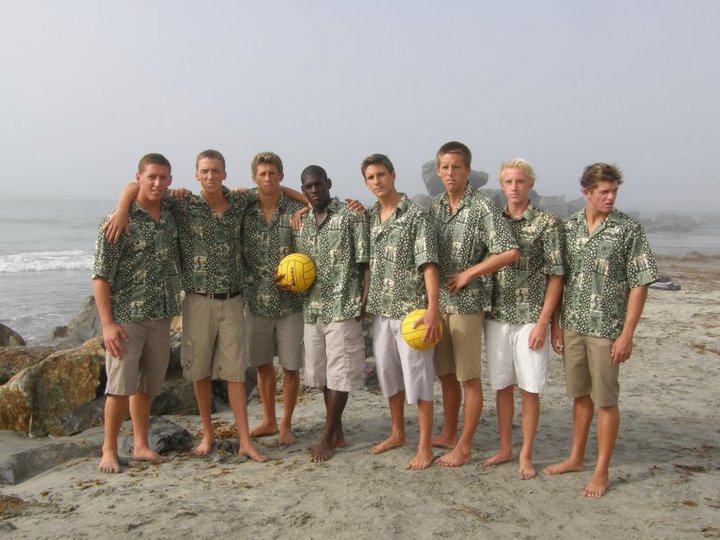 (Coach Asante with the senior boys ’10 on water polo team)

Coach Asante played two years of college water polo at Whittier and then played two more at Cal Lutheran where he simultaneously earned his BA degree in psychology while being team captain. During his college years, Coach Asante was able to travel and play water polo. He has been able to practice water polo with teams in Barcelona, Sevilla, and Venezuela, as well as the Hungarian Olympic team. He plans to go next summer and play a professional season in Brazil. 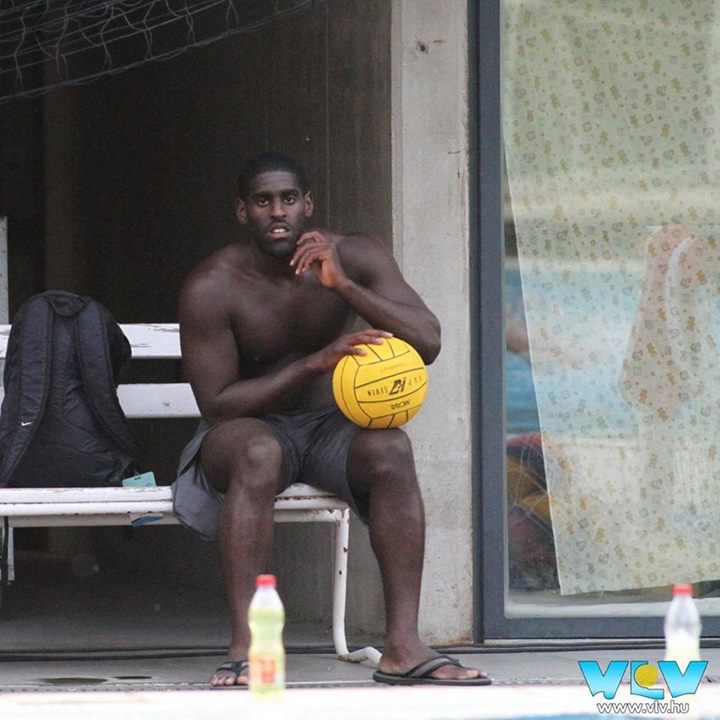 (Coach Asante in Hungary after practice with the Hungarian olympic team)

After spending four years on the CHS water polo team, Coach Asante brings an interesting perspective in being the coach of the team now. He says that he sees a consistency in training philosophies over the years and discuss how his former coach, Coach Burgess, has continued to coach in a way that really helps build character. Coach Asante expands, Kids are taught to take accountability and responsibility for a lot of their actions. They know its the real deal- if they want to be good at it, they have to take it seriously. 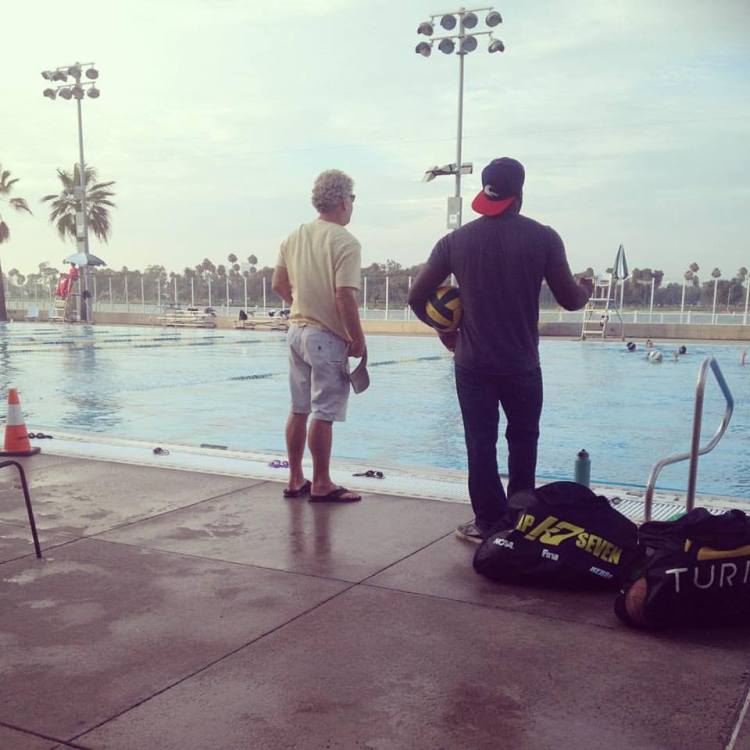 The girls water polo season begins November 30th. Also joining the coaching staff will be Ms. Alicia Began who will be arriving on deck at a later date before the season starts, but the pair have made sure that the training has long since began. CHS Junior, Victoria Rose, says that, ” I’m very excited to start this season fresh with two new coaches because it is a great opportunity to learn from experienced players. Coach Asante has already begun challenging us in practice, as well as emphasizing the importance of being part of a team.”

Coach Asante coordinates the workouts and the game plans but also prepares them to be in the best shape possible to excel. The team meets three times a week and while you would think any sort of pool activity would be relaxing in this heat, it is anything but luxurious. A typical workout session includes swimming, playing water polo, and doing a number of both front court and back court drills. Coach Asante believes it is important to present the girls with a realistic preview of what the season will have in store for them and he guides them to create a strong foundation.

In regard to his workout practices with the girls water polo team, Coach Asante says that there are strategies that have worked before that continue to work now- such as the 5 AM practices. The first twenty minutes of Coach Asantes structured work outs focus on swimming and getting their bodies warmed up. The next ten minutes is a harder swim set to get their blood flowing. They spend another twenty to thirty minutes of passing which typically goes smoothly. Coach Asante does warn though, that if things are getting too chatty during this time, he has been known to interrupt the set for impromptu push up period. A lot of shooting and driving drills proceed the passing time, and finally, the team typically ends with a half court scrimmage to practice offense and defense and ensure that every girl gets playing time.

The water polo season for girls is coming up quickly and there are a number of things Coach Asante is looking forward to this year. He says, I am looking forward to coaching CHS officially, I am excited for all of the home games, but most of all I am excited to work with these girls. They are a great group, they all work very hard, and they are all invested in the team.

For a lot of people, stepping into the role of Coach for a team as infamous as the Coronado water polo team would be nerve racking or intimidating. Coach Asante feels very differently, I dont think about it like that. I see myself as back home playing water polo. He also feels like being a recent college graduate is advantageous, I think it helps the girls because I relate to them as a player. I just finished playing in college and I played abroad. When I coach, I remember how it felt when I had someone yelling at me, when I had someone telling me drills, and how sometimes it get so frustrating when you dont understand what the coach is saying. I relate to the struggles and the frustration. 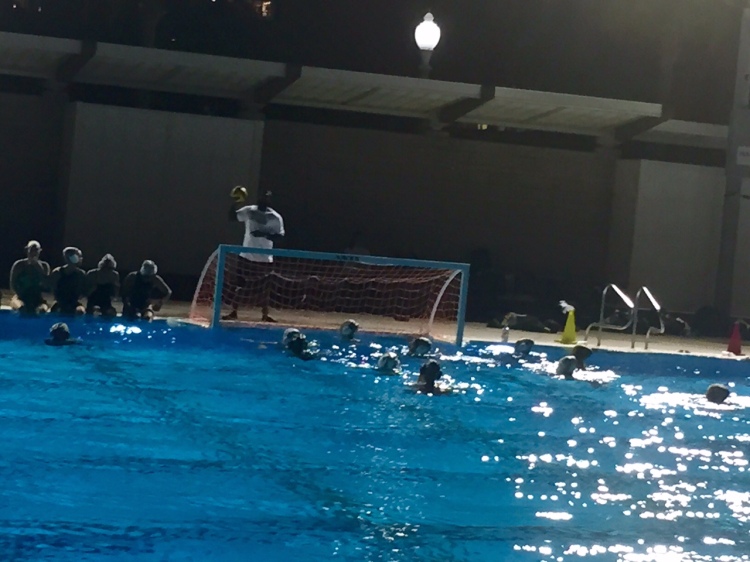 Coach Asante beams as he talks about his team, explaining that it is going to be a great year and he has a great team. They are a great group of girls, they are really supportive of each other. When we do the workouts on dry land and really hard sets, they always encourage each other and build each other up.

The feeling is mutual on the team with the players. CHS water polo player, Victoria Rose, explains, “His [Coach Asante’s] enthusiasm and genuine love for us and this sport makes him the perfect fit for head coach because his optimistic attitude motivates us as players to challenge one another and put 100% effort into practice each day. While being respected and professional, he also makes practices fun by playing music! I can’t wait to see how this season will unfold and to look back at how much we have developed as a team through the guidance of Coach Asante!”

In June, Carol and Jonathan Goldwasser shared that they would be taking over the Cafe 1134 space and transforming it into a Parakeet Cafe,...
Read more