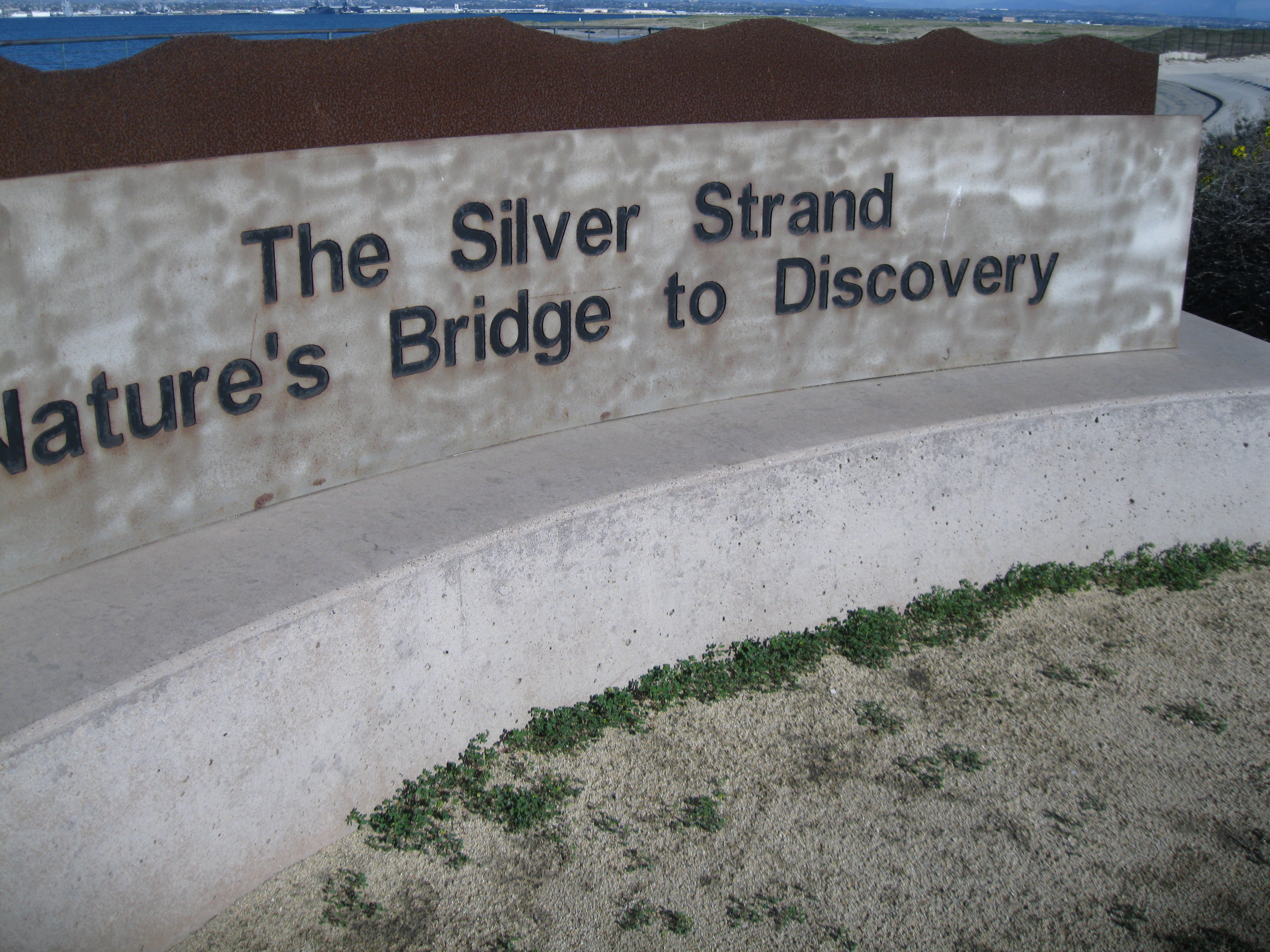 Many of us drive or bike down the Silver Strand every day, without ever taking the time to appreciate what natural treasures it holds. Some, like the flowers and shore birds are obvious, but others exist there as hidden treasures along the way. However, a little-known self-guided trail exists to introduce residents and visitors to the hidden beauty along the Silver Strand.

Known as Nature’s Bridge to Discovery, the path runs along the bay side of the Silver Strand, right next to the Bayshore Bikeway, extending from the Navel Amphibious Base at the north end to Fiddler’s Cove Marina at the south end. Along the trail, there are five discovery points where you can learn about or enjoy the Strand’s ecology.

Coming from the North, the first discovery point is the Wing Deck. Constructed using Epay wood, the Wing Deck is in the shape of a least turn wing. The deck is a great location from which to observe the many bird species that winter in San Diego — shore birds, egrets, herons, pelicans, osprey and, of course, least terns.

The terns are an endangered species and probably Coronado’s best know avian tourist; they are known to nest along the Coronado shore. The least tern’s local status is not only celebrated with the Wing Deck, but also at the trail’s second discovery point, which features soaring granite monoliths that tell the birds’ history, migration patterns and breeding habits. Heading south along the path, flagstone markers list the terns’ migration route all the way down to Costa Rica. 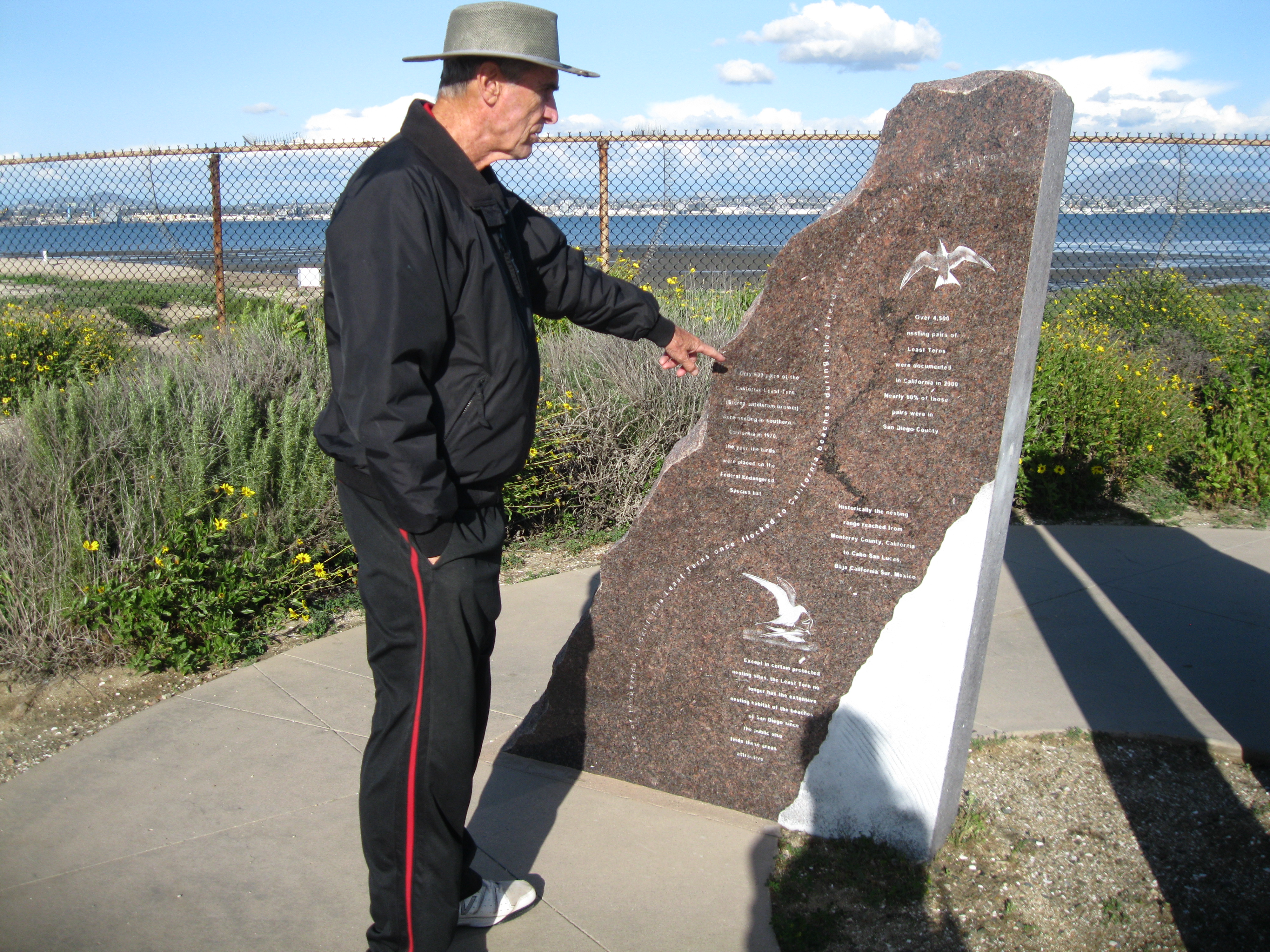 Moving south you’ll next encounter the Eel Grass Deck. Unlike the terns, eel grass is native to the Strand’s salt-mash ecosystem. Fashioned to mimic the ebb and flow of the grass, the deck is the perfect spot to relax and lose yourself in the rhythms of the marsh.

Before departing the Eel Grass Deck, take the time to study the railing, where you will find some wonderful observations from Silver Strand Elementary students etched into the railing. “If you listen carefully, you can hear the sound of the wild,” nine-year old Zachary West wrote. “I saw a fish, not a pretty one, but pretty in its own way,” his classmate Jessica Haligouski wrote. Another student, whose name has eroded with time, asked “Do you care? Will you care?”

You can contemplate the children’s messages as you meander south to the Wind and Dune Retreat. Set low, it’s is designed as a natural meditation center to allow visitors to sit down, relax and (almost) forget you are but a few feet from a major highway. It’s shaped like a spiral  the Kumeyaay symbol for wind  and honors the shifting winds and the dunes they craft.

The final discovery point along the trail is the Solstice Clock. Similar to a sundial, the solstice clock points the way toward sunset on the longest day of the year (June 21) as well as the shortest (December 21). 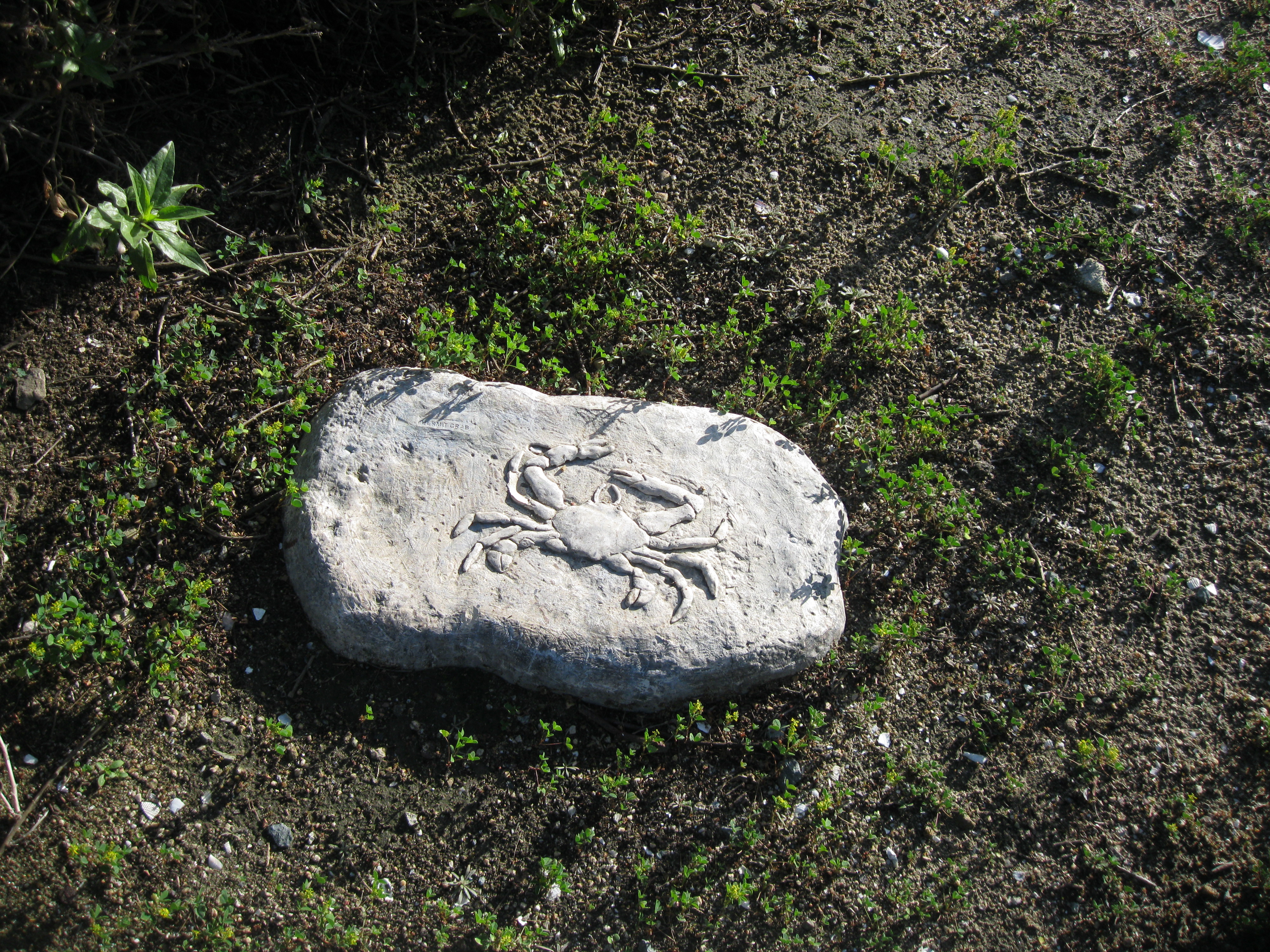 Scattered along the path, you’ll also find 24 sand sculpture stones celebrating the flora and fauna that live along the shore

The development of the trail and exhibits was not a simple process; it took committed volunteers, the cooperation of many corporate and governmental agencies, including San Diego Gas and Electric, the City of Coronado, the San Diego Association of Governments, and the Navy, to turn the Strand into a scenic highway and make Nature’s Bridge to Discovery possible.

Most of this work was done at the end of the last century and in the early years of this century. By 2005, the project was orphaned, giving way to more pressing concerns and issues of the day, Liza Butler said. Butler and Phil Monroe were among the original proponents of the trail, and continue to be the Strand’s fiercest advocates.

There still much to do. Undergrounding utility polls from Fiddler’s Cove mariana past navy housing and the state park to Loews Bay Resort has yet to be completed as does the footpath next to the bikeway. “The decomposed granite feels better and is safer to walk on,” Butler said, referring to the finer, more stable version of gravel that comprises the footpath. 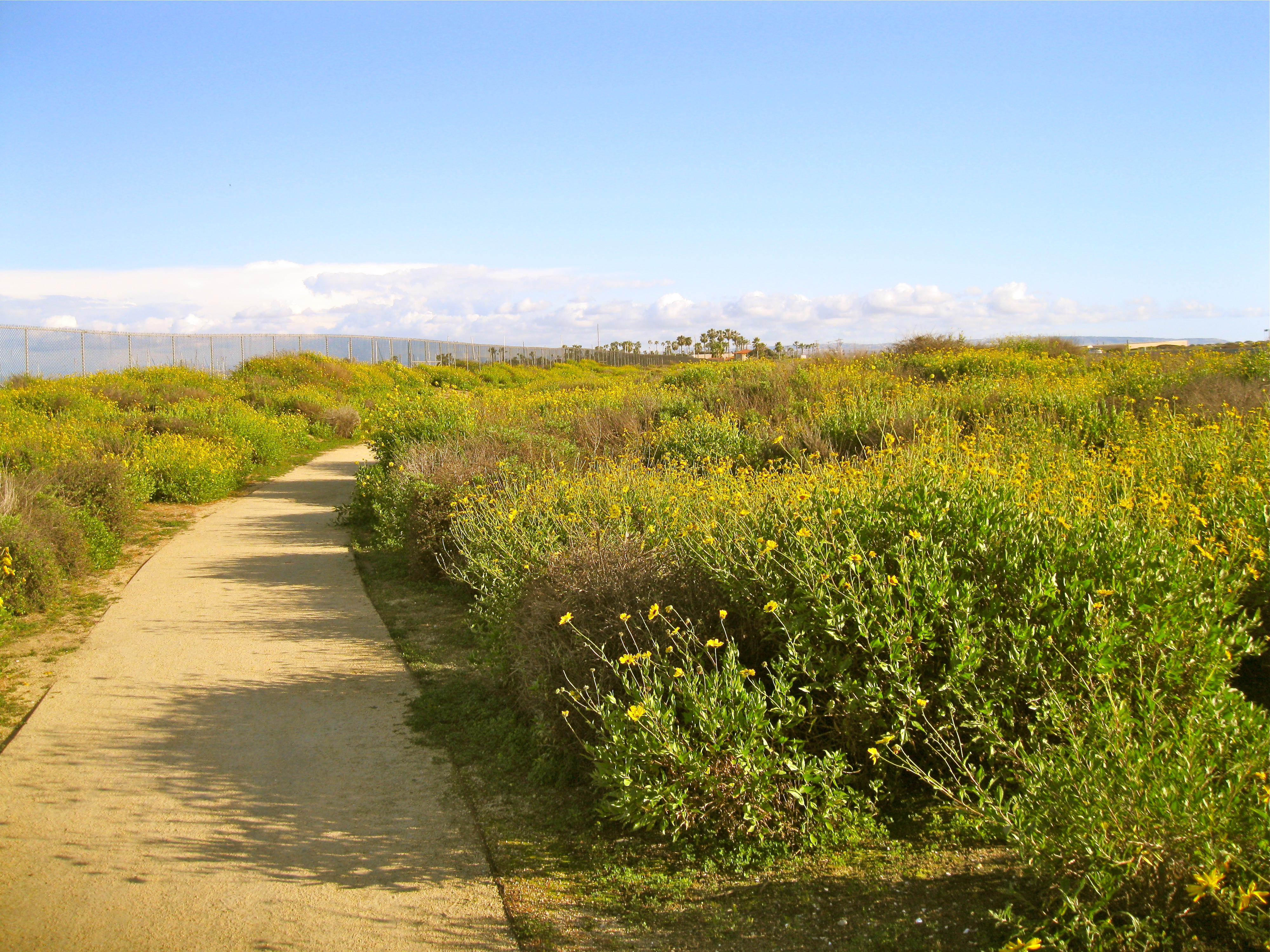 Discovery points are also incomplete. There were to be eight. The first four would focus on the ecology of the strand, while the next four were to have focused on man’s migration on the Strand:

One of the latter points was to focus on the Kumeyaay, who used to summer along the Stand to escape the hot summers inland. “The Kumeyaay used to come here to fish and camp,” Butler said.

Additional planned discovery points were to tell the history of the Navy on the Stand and the lives of military families through several wars and countless deployments. The Navel Amphibious Base was built at the end of World War II.
The railroad played an important role in the history of the Strand as well, and could have been the subject of a discovery point. In fact, the City’s recent plans to purchase a railroad car led Monroe to suggest placing it on the Strand to create a another of discovery. Monroe admits that neither he nor Butler necessarily think it’s an ideal spot for the train, but saw the council meeting as an opportunity to remind city officials that the work on the Strand is not complete.

Even without the additional discovery points, the Nature’s Bridge to Discovery offers visitors the chance to enjoy what has already been built. “There is no better time to go,” Butler said. “With the recent rains the Strand is awash in Encelia (California Daisies) and there are birds along the shore.”