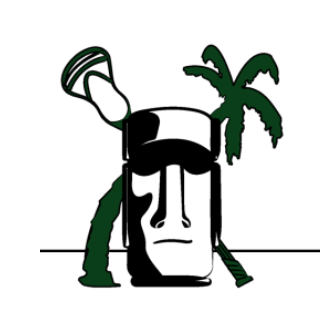 In keeping with the Program Philosophies and mentoring their players in life lessons and experiences, “Unstoppable Hero”, Toran Gaal, will launch the Coronado High School Boy’s Lacrosse season with a message about his journey and theirs.

“Team sports are an incredible mechanism for molding young players into selfless, caring and impactful citizens. This is the foundation of the Coronado Lacrosse program.” says Alex Cade, CHS Varsity Coach of 13 years, “We are excited that our players have the opportunity to be inspired by Toran Gaal and his unstoppable spirit.”

As a corporal infantry rifleman in Charlie Company with the 1st Battalion, 5th Marine Regiment, 1st Marine Division, based out of Camp Pendleton in San Diego, Toran “Chance” Gaal was injured in the Sangin District of the Helmand Province in Afghanistan in 2011. Sangin is known as one of the country’s most dangerous regions. Along with losing both legs, one at the hip and another above the knee, the 2005 Yosemite High School graduate broke his pelvis, fractured his skull and severed his chest, with an open wound that ran from his breastbone to near his pelvis. Back in 2007, this 6-foot, 3-inch, 220 pounder, who was adopted as an infant from an orphanage in India, was chosen to serve as a member of the Presidential Guard, hand-picked out of basic training, and was the second Marine to stand behind the president during President Barack Obama’s inauguration.

Toran has no recollection of the incident that occurred on June 26, 2011. Ironically, just the evening prior to the explosion, Sgt Gaal had announced to his unit that he was reenlisting. Sgt Gaal would wake up from a coma two months later under the impression that he was still in high school and had been in a car crash and had no memory of ever being a Marine. In January 2012, Toran took his first steps on prosthetics, which gave him, as he says, “a whole new level of what satisfaction means.” He credits the strides he has made in his recovery with the many people he has met who impacted or motivated him in some way.

Recently, Toran completed the San Diego Rock and Roll Marathon on a hand cycle. He has plans to also compete in four more marathons on a hand cycle in the fall, including the Marine Corps Marathon and the New York City Marathon. Toran would also like to continue with hand cycling and would like to compete in a triathlon at some point in the future.

With the 23rd psalm tattooed on his arm  Though I walk through the valley of the shadow of death, I will fear no evil”, Toran now has been helping to motivate his peers and others that are new to the amputee way of life. Toran says, “Joining the USMC was and has been the best decision I made. I have added my stamp to the Freedoms that I have enjoyed”.

The goal of the Coronado Lacrosse program is to mentor and mold the future leaders of tomorrow. The foundation of the program is a simple one, Family + School + Community = Lacrosse. All players must prioritize taking care of family, their education and their community before they are allowed the privilege of playing Coronado Lacrosse. With this philosophy winning on the field comes naturally and Head Coach Alex Cade has achieved unparalleled results during his 13 years at CHS:

“BUILDING THE LEADERS OF TOMORROW  TODAY!”