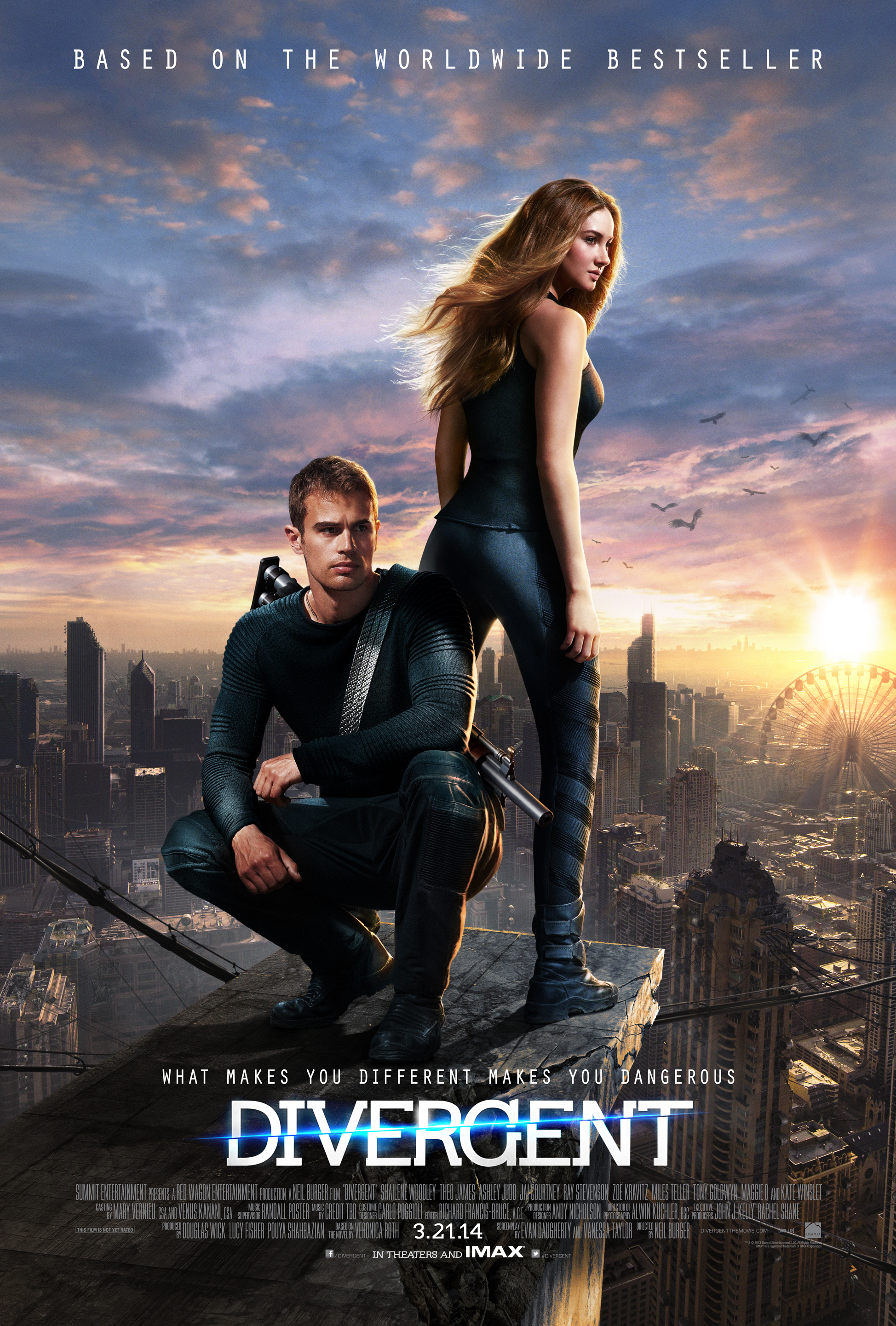 Based on the bestselling novel of the same name, Divergent is set in burned-out Chicago, generations after civilization as we know it ends in violence and war. The dystopian society is divided into five distinct factions, and members of the society commit to live in one of these factions based upon their valuation of the singularly important character trait: selflessness, kindness, honesty, thirst for knowledge, or bravery. The film joins protagonist Tris on the day she is set to take the assessment which will tell her which faction is the best fit for her — should she remain among the selfless faction where she was raised, and whose people she deeply admires, or defect to the bravest faction, whose members have fascinated her since childhood?

As a fan of the (first two) books in the Divergent series, I watched with interest as news of the movie’s casting and screenplay trickled out over the last two years. Other than some reservations about Shailene Woodley in the lead role, I was cautiously optimistic that the film would live up to the expectations set by the book, and I was pleased that the movie lived up to them. As I turns out, Woodley was completely believable as Tris, and the palpable chemistry between her and Theo James, who plays her teacher and love interest Four, was a nice complement to the tension and ongoing action in the film. The action and stunts were also well executed and appropriately exciting for the intended PG-13 audience. And the screenplay, though significantly abridged, faithfully follows the story lines from the book, with just enough original material to occasionally surprise fans of the book without deviating too far from the original plot.

Those who haven’t read the books, though, will enjoy the films as well. “I hadn’t read the book, and wondered if that would make the plot of the movie harder to follow, but I didn’t find that to be the case,” said theatre-goer Monica. Added Carolyn, who also had not read the books, “At the beginning of the film, I expected it to be predictable, but I was surprised by some of the plot twists.”

Check showtimes for the film here.