PAWS of Coronado is excited to share some of its rescue resources with two of these beagles.

The beagles were removed from Envigo, a company that breeds animals for medical testing, after a lawsuit filed by the Department of Justice in May that detailed horrific violations of the Animal Welfare Act. The Humane Society of the United States (HSUS) is leading the effort to remove and place the rescued beagles. San Diego Humane Society is not affiliated with HSUS, but often partners with the organization to better the lives of animals in need.

This is a major operation and shelters across the country are stepping up to care for the beagles. “For our staff and volunteers, this day could not come soon enough,” said San Diego Humane Society President and CEO Dr. Gary Weitzman. “This has been one of the busiest and most challenging summers in recent memory. But we are here to help animals who need us. These beagles deserve this second chance and we’re very glad to be able to open our doors to them, just as we will soon ask our community to do.” 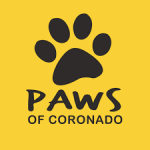 “Like many other municipal animal shelters and animal rescue organizations, PAWS has been burdened with higher than normal animal inventory and complex veterinary medical cases,” said PAWS of Coronado Sr. Manager of Fund Development Jennifer Stein. “However, we are excited to share some of our rescue resources with two of these beagles. Fortunately, unlike most of our new, incoming dogs, we have a chance to prepare for their care in advance. The ability to anticipate these needs is what allows to assist with their placement. PAWS is dedicated to supporting animal welfare in Coronado as well as across the bridge. We look forward to supporting these pups.”

This is the second airlift that Greater Good Charities has conducted to help safely rehome the beagles being removed from Envigo. The first flight took place on Aug. 20 and transported 146 beagles to Portland, Oregon.

Members of the community who want to follow the beagles at San Diego Humane Society, or make a donation, can visit sdhumane.org/beagles.