Crown City Classic to Kick Off 4th of July Weekend

Barbecues, bunting, the beach, a parade and fireworks. To the list of Fourth of July traditions in quaint and beautiful Coronado, don’t forget to add one more celebration:

In its 49th year, the annual 12K and 5K run that starts and finishes in Tidelands Park shifts to Saturday, July 2nd, kicking off the three-day Independence Day Weekend festivities. With the parade and run normally on the same day, this year runners will have the added benefit of more parking and less traffic coming on to the “Island”. The annual Independence Day Parade will still be held on July 4th.

What won’t change this year is the race’s patriotic vibe. Runners will still run beneath the massive 2,500-square-foot American flag above the start line, with runners and spectators still decked out in their best Team USA outfits.

“It’s a Fourth of July staple,” said Bob Babbitt, former editor of Competitor Magazine and a member of the Ironman Hall of Fame. “People will be dressed in their favorite red, white, and blue gear. There’s the huge flag. You run right along the golf course, right by Glorietta Bay. You run the same course every year. You know exactly where you are.”

Babbitt says the Crown City Classic is to Coronado what the Carlsbad 5000 is to North County.

“It’s the hometown race,” he said.

A hometown race that provides a huge positive economic impact for local establishments. Ninety percent of the 2,500 participants come from outside Coronado. And for the passionate fitness buff, they can still pull of a duathlon Saturday – the Coronado Rough Water swim has also been moved to July 2nd.

“After the run, we ride our bikes to the ocean and do the rough water swim at 9am,” said Babbitt. “That’s our Fourth of July tradition.”

The Crown City Classic is blessed with a colorful history, richly detailed on the race’s website. How it began in 1974 as the Coronado Half Marathon, spearheaded by the maverick San Diego Track Club. How it shifted to the Coronado Independence Day 15K/5K under the direction of former race director Kathy Loper.

And how in 2015 the event was rebranded the Crown City Classic by race director Jamie Monroe, a former Navy SEAL.

“When you’re a Navy SEAL, you’re sort of a Swiss Army knife,” said Babbitt. “Jamie can do a lot of things. He earned an MBA. He’s an operations guy and totally understands the logistics end. At the same time, you can bring him into a board room, talk to a client and lay out plans for an event.

“Jamie is great at creating relationships and partnerships and fulfilling them. He’s a very creative guy (7.4 miles on the Fourth of July). He understands what people like.”

“As a local sports business based in Coronado, it’s good to remember why I have a passion for running,” Monroe said. “Giving back to youth sports programs here and supporting a more active community is very important to me.”

So come Saturday, July 2nd nearly 2,500 runners and walkers will hoof it about the streets of Coronado for the 49th rendition of the Crown City Classic.

Looking at the event he has raced too many times to count, Babbitt said, “It’s just unique. Coronado is such a fantastic small town. It’s fun.” 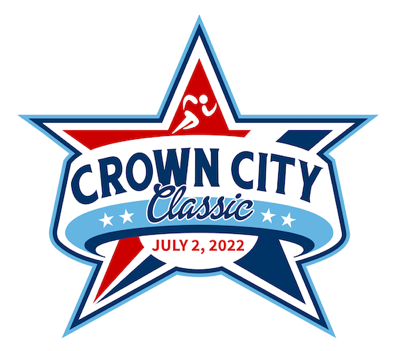 Origin of the Coronado Fourth of July Run