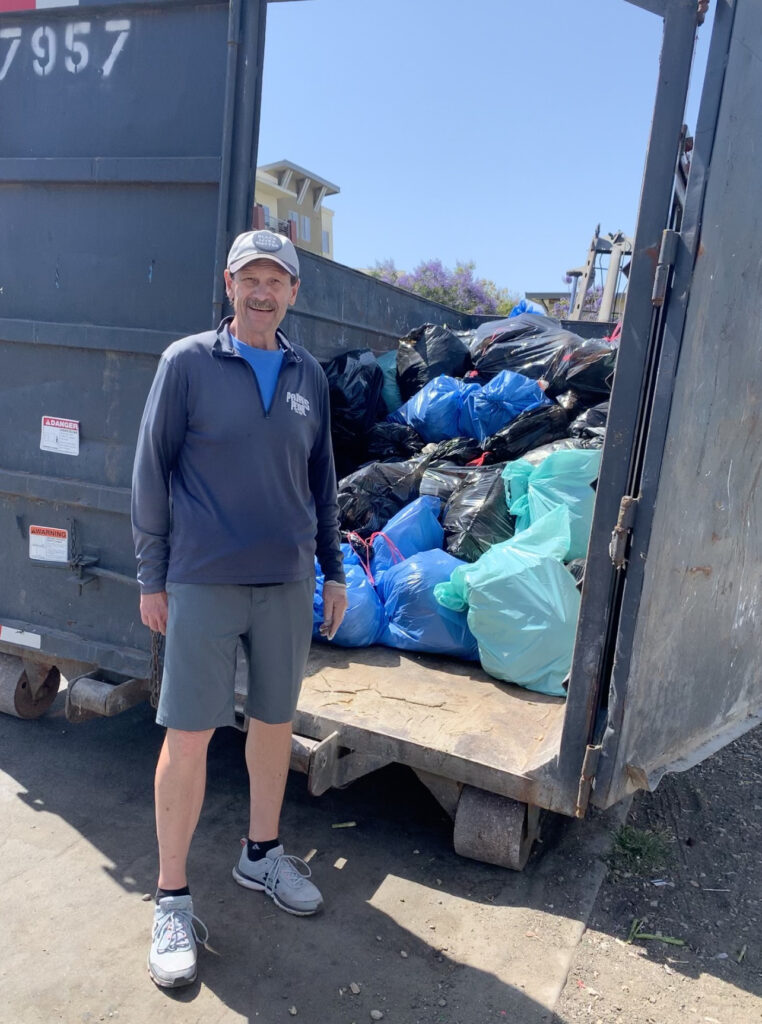 May’s Emerald Keeper of the Month is Coronado resident Brian L. Trotier of the Triangle Project, located in the East Village of San Diego, just across the bay.

The Triangle Project is a pilot program created to help improve the lives of unhoused people. Brian has been helping out in this area for about fifteen years and has developed relationships with many of the residents. A huge issue has been the trash in the area. The residents, mainly living in tents, don’t have a place to dispose of their trash which is unsightly, unsanitary, and demoralizing for them. Richard Aaron Horton, 64, a longtime resident, started improving the area by picking up trash. Brian Trotier knows Richard well and has expanded the effort by securing funding from the Lucky Duck Foundation. This local foundation focuses on the homeless and has contracted with EDCO for a dumpster to collect the trash.

The concept is simple, and the results so far have been amazing. Brian reported that, as of last week, the Triangle Project had collected in the previous 20 days, 3,794 bags of trash weighing a total of 23.89 tons. It is likely that much of this, including plastic, would have found its way into our bay and ocean. Here is how it works: every Monday and Thursday, EDCO drops off a dumpster at 8 am. Brian brings bags, gloves, and a stack of cash. Volunteers walk around the area greeting residents and asking if they’d like trash bags. For almost all, the answer is an enthusiastic “yes!” Residents get to work cleaning up their neighborhood. For every full bag of trash they bring to the dumpster, Brian gives them $2. The roughly two-block area goes from being very littered to being very clean within an hour.

Triangle Project’s results are about double what Brian and Lucky Duck projected, and the benefits have gone far beyond a cleaner neighborhood (and bay). Residents express appreciation for being seen; they get along better with each other. “They have a common enemy—trash,” Brian acknowledged.

“You take care of things better when you put some of you into it,” says project co-founder and block captain Richard Horton. Others are equally enthusiastic. Elijah Davis, 33, says, “Where we live, it’s hard enough. When we clean up, we have a better environment; we feel cleaner. This project gives us the supplies and the motivation. This (the $24 he got from delivering 12 bags of trash) is my breakfast, lunch, and dinner.”