Nostalgic, colorful, and shiny are just a few adjectives to describe the more than 300 classic and some new cars that graced this year’s 30th annual MotorCars on MainStreet, which was back better than ever, after a hiatus during the pandemic. Last year’s event was fun, but different than usual as more than 50 cars were showcased at 22 stops throughout the village, with caravans of classics cruising around the island.

From early 1900 vehicles, all through the decades from Chevy Bel Airs to Ford Mustangs, to woodies, and so many more cool classics, it was a joy to see car aficionados, from young to old, enjoying the restored vintage, rod, and custom cars and trucks. New this year was the exotic car exhibition, including Lamborghini, Ferrari, Maybach, and others.

Classic car owners are a devoted group of people who know the distinctive details about their beloved vehicles. My husband and I are partial to Ford Mustangs, dating back to our first cars, and we were amazed to find three original Shelby Cobra Roadsters on display.

Charlie Plavi, from Santee, has owned his 1970 Dodge Sportsman Van for 40 years. He commented that it still had the original yellow shag carpet until he restored it seven years ago. He takes it to shows and lets the kids climb around in it. He plans to pass it on his son who lives in Hawaii to use for surfing. 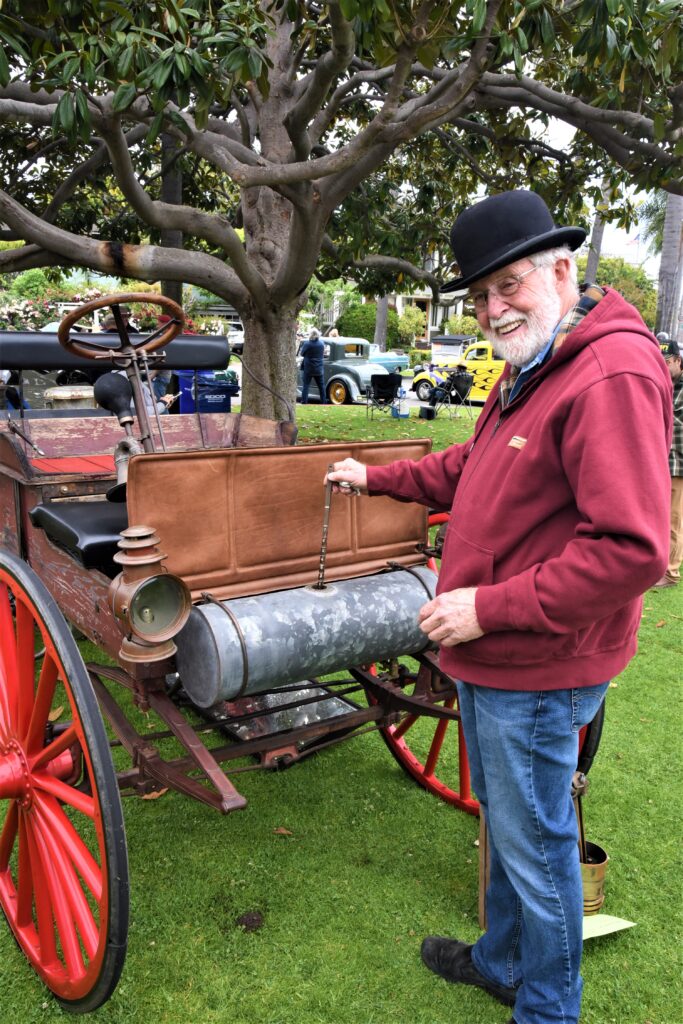 When Bob Bardin from Coronado revved up the motor on his 1909 Harvester, people in the vicinity took notice. He has been restoring it over the past 15 years and shared that he “wants to keep it as original as possible so people can see what it was like back in the day.” 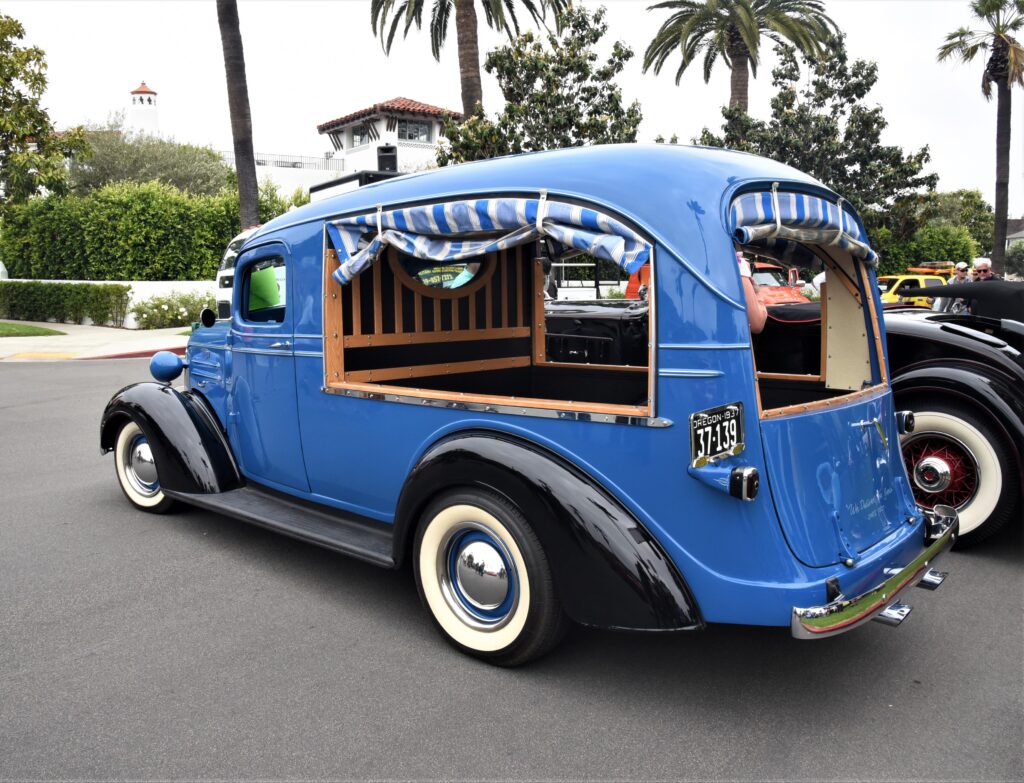 Martin Clarke from Point Loma bought this rare 1937 Canopy Van at an auction three years ago. It was originally designed for delivering flowers or fruits. 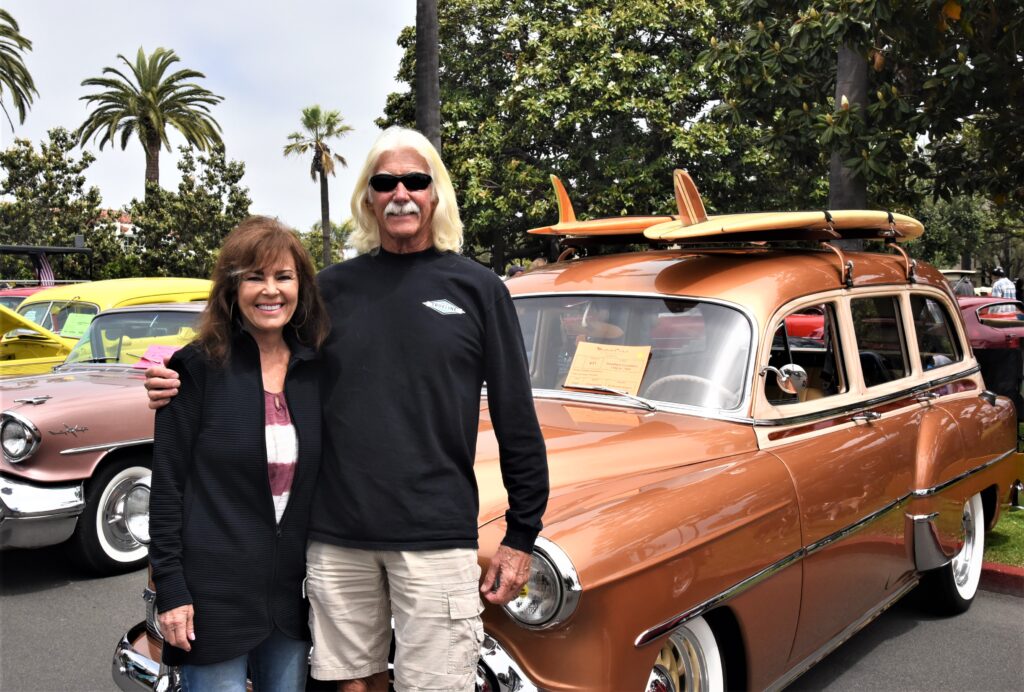 Bob and Cathy Richardson from San Diego have had their 1953 Chevrolet Woodie Wagon for 38 years and restored it nine years ago to surfer status. 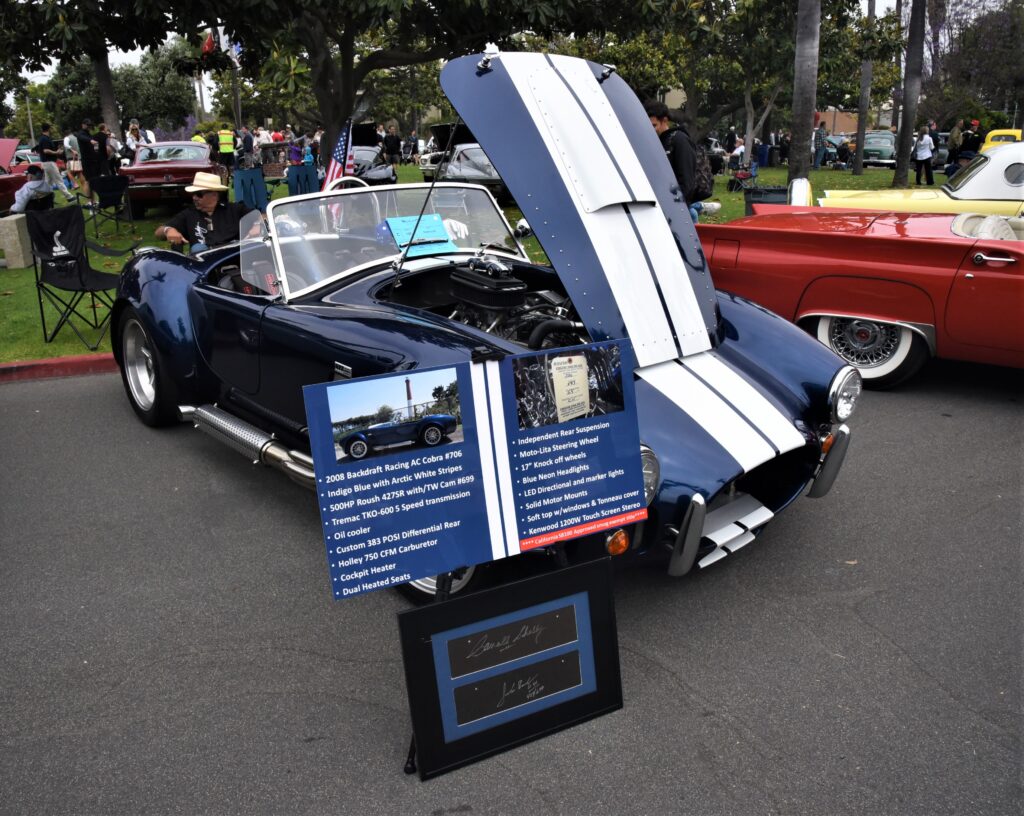 Michael Alves from the Coronado Cays entered his 2008 Backdraft Racing AC Cobra. He got a special SB-100 registration for smog exemption, and he drives it weekly. It is decked out with all the bells and whistles like heated seats, touch screen stereo and more. 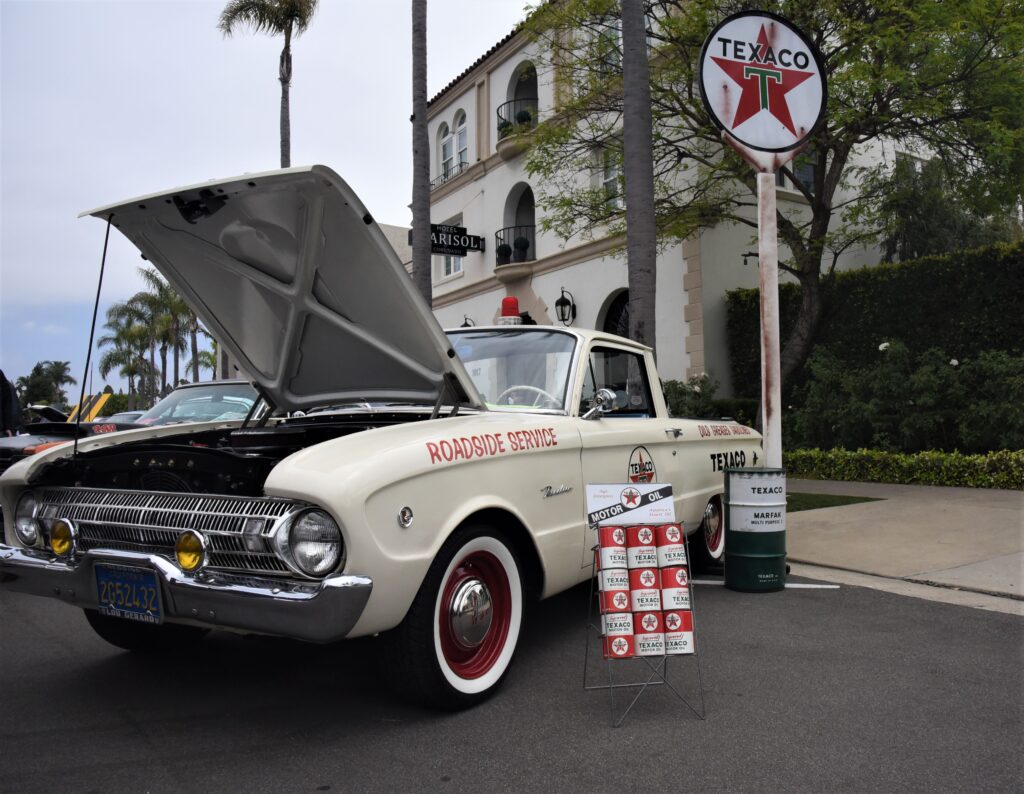 David Toth from Rancho Bernardo inherited this classic Ford Ranchero in 2016 from his father and restored it with a Texaco motif of which he is a big fan. He has been a professional car restorer for thirty years, but this was a heartfelt labor of love.

This is the first car show for Coronado MainStreet’s Executive Director Karla Robles-Puig, who joined the MainStreet team last October, and she shared the award winners: 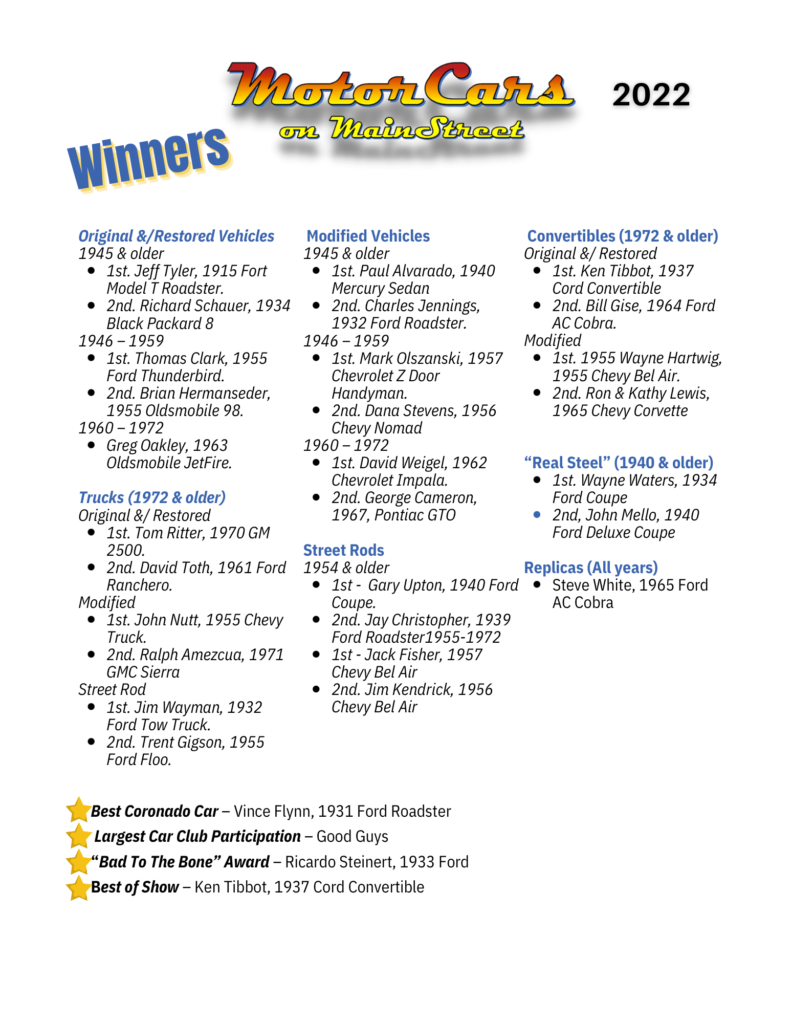 And if you want to see more cars….