A grand sense of arrival has been brought back to the 133-year-old Hotel del Coronado as the main entry had its grand reopening on October 21. Originally, guests arrived via the Strand by train and approached the hotel towards the grand front porch, which was covered over in 1961 and has now been meticulously restored.

The iconic porch, complete with rocking chairs, is best remembered from the 1959 movie “Some Like it Hot” starring Marilyn Monroe. “The opening of the front porch, lobby and entrance are the most important parts of the $400 million masterplan restoration,”  commented General Manager Harold Rapoza. The lobby has been closed for a year and a half during the massive restoration. 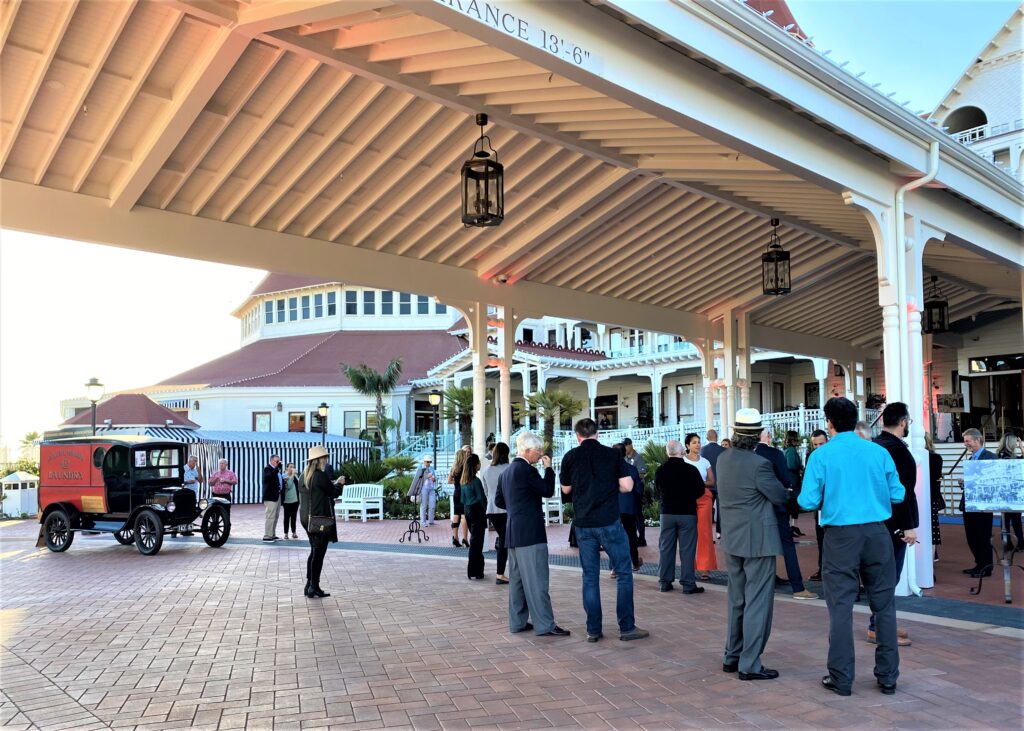 Tours, signature cocktails, hors d’oeuvres, and fancy desserts were hosted at a reception on October 20 for VIPs and the media. Swing tunes played by the Allison Tucker Swing Band were reminiscent of the historic hotel in its heyday. There was a drum roll for the triple ribbon cutting by Rapoza, Mayor Bailey, and Preservationist Architect David Marshall.

Marshall, President of Heritage Architecture and Planning, noted that it took a large team to make all the details come together. “This is the front porch to the whole island,” he commented and remarked that he enjoys relaxing in the rocking chairs and watching people pass by. 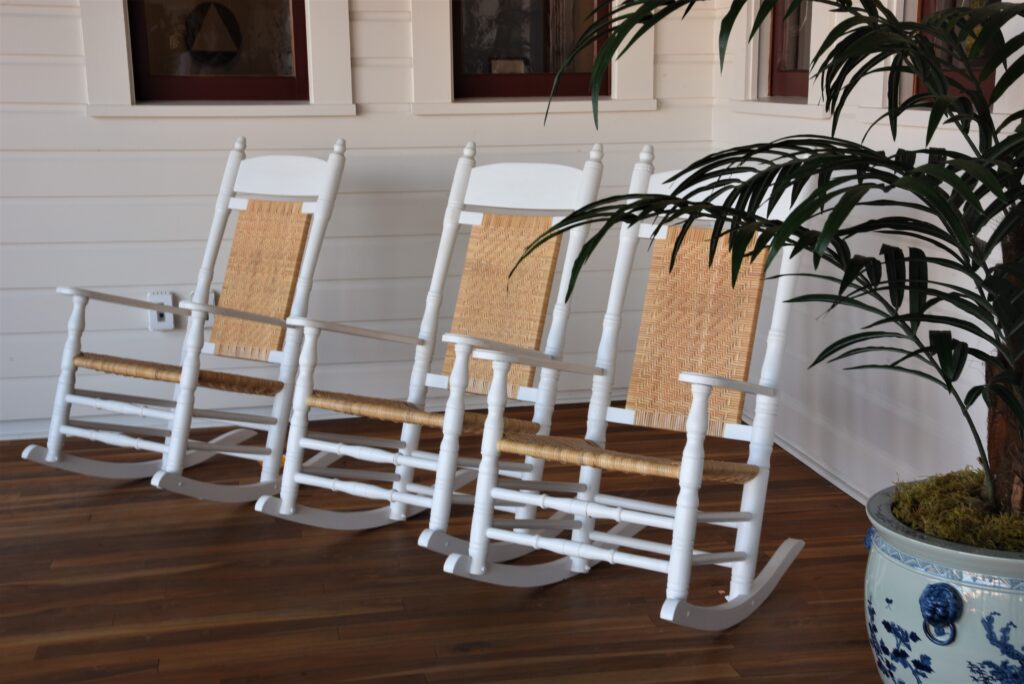 Mayor Bailey expressed gratitude to everyone who made this restoration possible and for staying true to history for this crown jewel of the community. “We are bringing The Del back to life for the next 100 years,“ Rapoza said.

Located off of Avenida del Sol, the new entry will now be available for valet parking and drop off, with self-parking located on the north side parking lot on RH Dana Place.