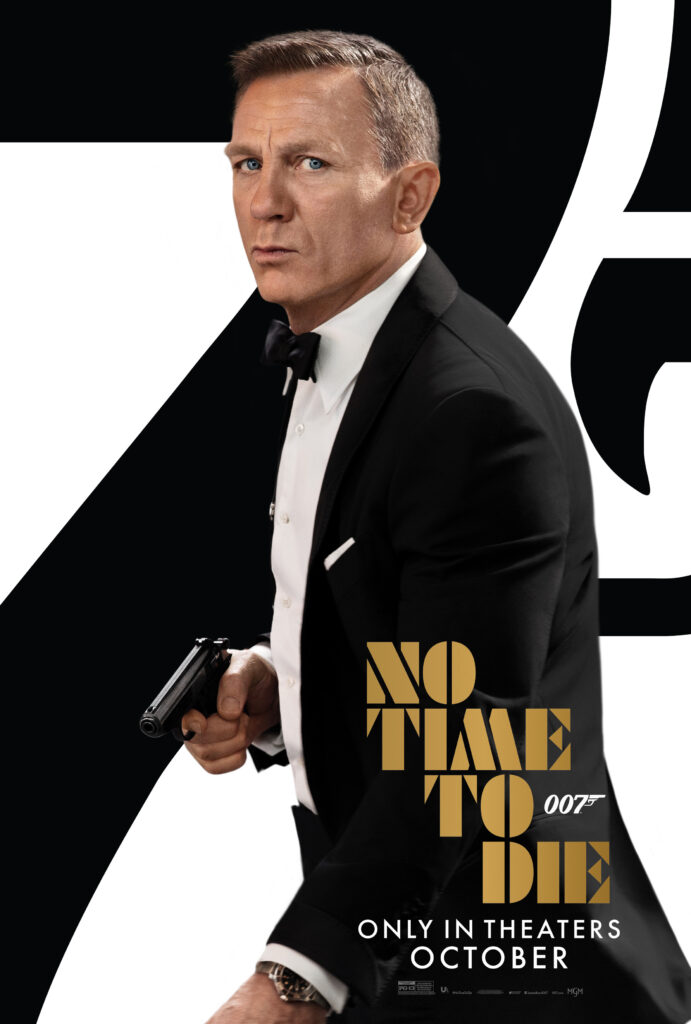 The show is back on! As Lance Alspaugh promised, Village Theatre reopened with “No Time to Die” this past weekend. While I don’t think any movie was worth that wait, the film did do a good job of bringing audiences back with a bang. The next installment in the James Bond franchise is the last of Daniel Craig’s fifteen-year tenure as British secret agent James Bond.

Before we get into the film itself, let’s talk about the theater. The last film I saw in theaters was Invisible Man, back in February 2020. This weekend, I went in very interested in how the theater itself would be. Truth be told, it was far less overwhelming than Concert in the Park. The employees had a good system of issuing tickets and whipping out concessions. Right now tickets are all purchased on site while they work to get online sales back up and running. Oscar, the manager, was greeting patrons and all guests seemed to be in a great mood.

Currently, only the middle theater (the largest by far), is open. With a limited two showings a day, it gives plenty of time for cleaning between showings. My dad joined me for this film and there were empty seats on either side of us, plenty of space between guests all around. A handful choose to wear a mask, but most enjoyed the movie while popping their popcorn or slurping their sodas. People seemed excited to be back. Only one preview showed before the film which was House of Gucci, leading to whispers among the theatergoers if House of Gucci would be shown at Village Theatre when it is released next month.

I will admit, the beginning of the film caught me off guard with Lea Seydoux as Madeleine, this film’s Bond love interest. The seventeen year ago difference between the two had me second guessing if Bond was her dad or her boyfriend for the first ten minutes. However, when you’re James Bond, I suppose age really is just a number. That aside, I was engaged from the start of the movie. A few well timed scenes certainly made me feel like jumping out of my seat! I’m not usually an action lady, which is why I brought William with me. He’s a Fast and Furious enthusiast and has seen his fair share of Bond. “I liked all the gadgets and the awesome cars, it was easy to follow along,” he shares.

While the explosives, car flips, bombs, poisons, and so forth garnered his attention, I am a sucker for a good plot, including friendships and romance. As someone who does not follow the franchise, I could pick up who Bond is and understand past players. Jeffrey Wright is outstanding reprising his role as Felix Leiter. While I didn’t know him from Casino Royale, he was incredible in The Goldfinch as well as The Hunger Games: Mockingjay. After a deep dive on IMDB, I also learned he was in The Good Dinosaur – a throwback to one of my first movie reviews in 2015!

In this film, Rami Malek is Lyutsufer Safin, the resident bad guy. He is perfectly creepy as he interacts with Madeleine and spills his devious plan to Bond. Lashana Lynch is no nonsense as Nomi, the new 007 delivering quite a few humorous quips. With a supporting cast like this, it would be hard to not be overshadowed. However, Daniel Craig is a legend for a reason. Even all these years later his charm still shines through and his quick action scenes captivate.

The picture quality, the surround sound, the explosions, the non stop action – it all demands to be on the big screen. At 2 hours and 43 minutes, this film is a hefty one. There is no better place to settle in than Village Theatre.