It’s Time to Get on with the Show! Coronado’s Village Theatre is Screening Again Friday, Oct. 8 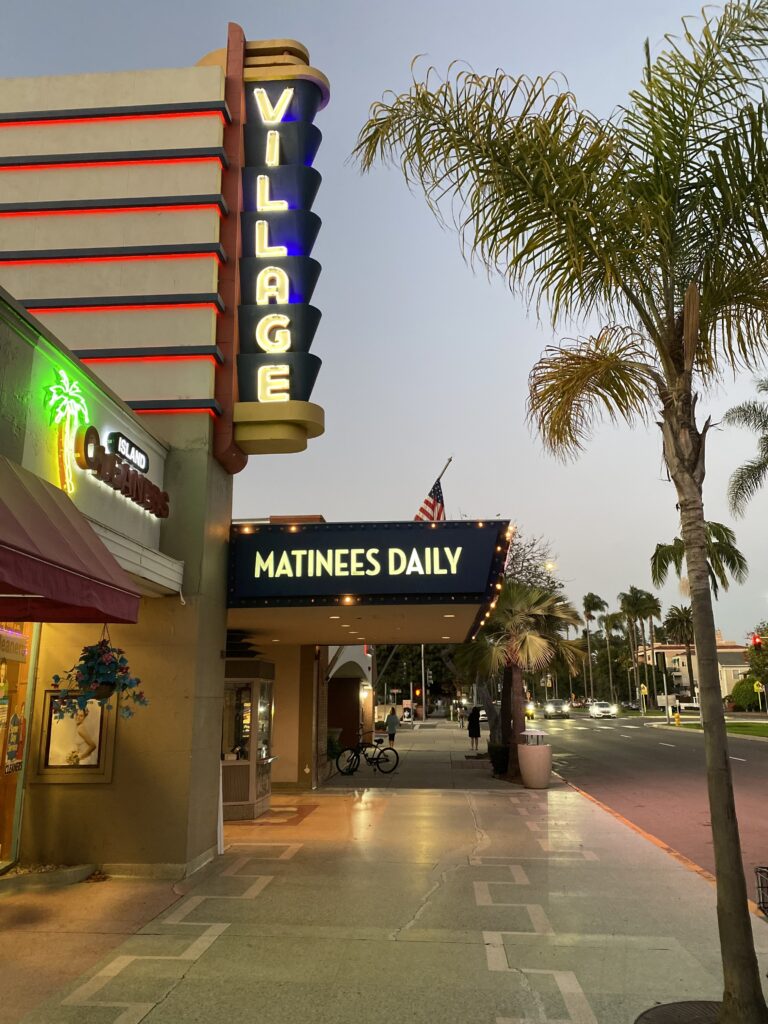 Mid-March 2020, Village Theatre shut its doors. When we interviewed owner Lance Alspaugh in July 2020, he had been cautiously optimistic of a reopening the following month. A few ups and downs and 19 months later, Lance is thrilled to end Village Theatre’s intermission.

Lance describes the process of the “will they? why won’t they?” opening. “I thought about how much it would cost to open the theater. I thought about the cost of staying closed. It was cheaper to stay closed than to have five people in the audience.” He adds, “It wasn’t a difficult decision, but it was depressing. Not coming to work and not putting on a show, is not what I want to do.”

Village Theatre will open with the latest installment of the James Bond franchise No Time to Die. This will be end of Daniel Craig’s fifteen-year tenure as British secret agent James Bond. While Lance had planned on reopening with new theater seats, that is not able to happen. The San Diego port is having a slow time getting cargo in and out, so the new seats have been in the bay since September 14th. The theater will open with the main screening room, and have the smaller screens closed for the time being. When the seats arrive, Lance is hopeful he can complete the job in a few days without disrupting operations. 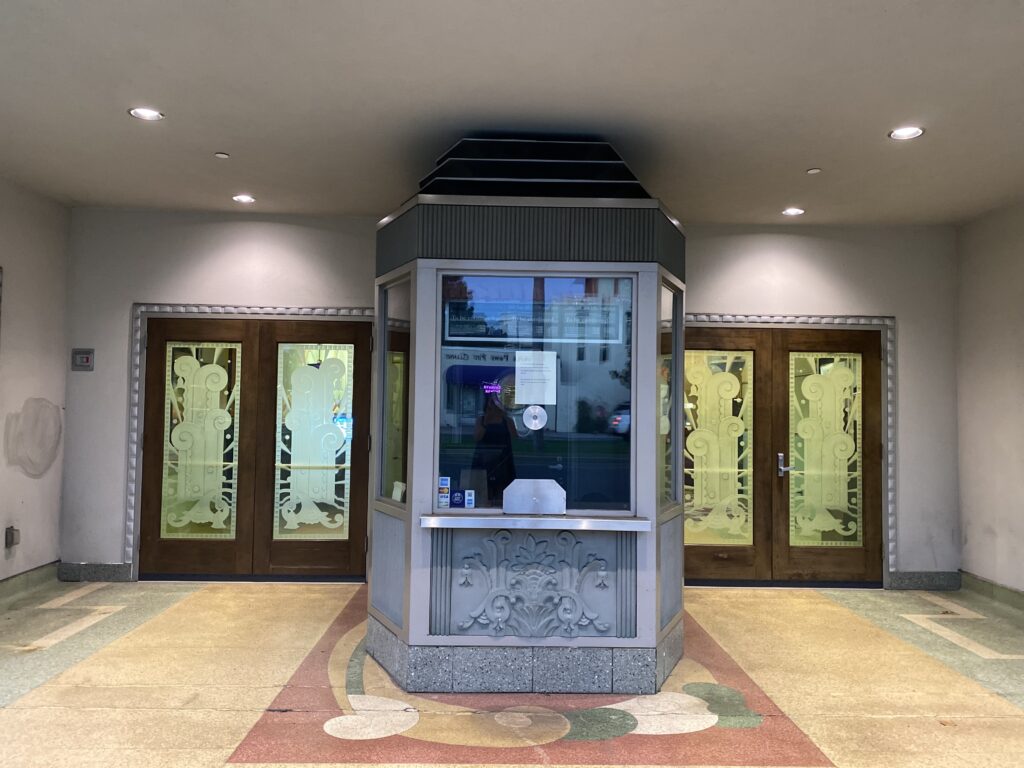 For safety precautions, the theater will be following all CDC guidelines, including state and local recommendations. “We are not going to create or design our own book. We will follow the rules as they are,” Lance promises. In addition to health safety, there are a few other features Lance has to prepare to reopen. After being closed for over a year and half, the studio needs to get the print, the website needs to be updated, A/C needs to be running, and so forth. One piece Lance does not have to worry about is management. “Oscar is returning as the manager, and he has been with us since we opened. We are really lucky to have him back,” Lance smiles.

This would have been ten years of the revived Village Theatre, and while they were not able to have a celebratory event, Lance finds a lot to be grateful for. “I am proud of it all, working with the Coronado theater and telling this story of a city council that wanted to do a deal to get the theater renovated. This was years in the making. I am happy Coronado Island Film Festival has had increased success and enjoy their monthly classic film series. I’m proud of the whole thing, the loyal audience who are forgiving on hiccups. I am humble and happy. I’ve really missed it a lot. We apologize about the seats, but I didn’t think it was good to keep waiting. It’s time to get on with the show!”

No Time to Die will be showing beginning on Friday, October 8th at 2:45pm and 7:00pm daily. Tickets will be able to be purchased on the website beginning Thursday, or at the door during showtimes.