Village Theatre shut its doors in mid March and still does not have a reopening date. Lance Alspaugh of Vintage Theatres laughs, “I wish I could tell you when we are reopening, but I have no clue! It keeps fluctuating. We have two theaters in LA and our one in Coronado. Between the mayor of Los Angeles and Governor Newsom, it changes so much.” Lance also concedes, “with the rebound of new cases it’s hard to plan a new date. The film, Tenet, written and directed by Christopher Nolan is set to be released August 12th so hopefully we can open mid August. However, the film keeps getting pushed back. It was set for July 15th, then the 30th, now August. There’s probably a 50% chance even that gets pushed back.” On July 1 San Diego County shared that it may get added to the state’s list for closure of indoor operations.

Movie patrons can expect some changes when the theater reopens, but what those are, are also unclear. Lance explains, “We will follow the law, but we do not know exactly what that will be. Originally we were told 25% capacity, masks, social distancing. 25% would make a relaunch difficult financially.” Lance has been in the theater business since he was sixteen and claims this is unlike anything he has seen. “I am surprised by a lot that has happened, but I am not surprised it has taken so long to reopen. No one wants anyone to get sick. It is better safe than sorry.” Lance is thankful for measures the government has taken to help them stay afloat. “Coronado’s lifeline program is amazing. I let local merchants take advantage of that and went for the U.S. grant because we have other theaters, but Coronado didn’t have to do that”.

To Coronado customers, Lance shares his appreciation, “Our audience has been loyal. People don’t have to go to the movies anymore- there are so many media alternatives. It’s humbling that they choose to come to us. We appreciate the audience and have no intention of going anywhere.” Lance’s goal after reopening is to provide the experience that Village always has, “I want people to feel comfortable and be safe. The movies should be an escape for people for two hours. I don’t want them to have any worries.” He also finds the silver lining in timing, “I am glad that this didn’t happen next year. Next summer will be our ten year anniversary and we want to do something really special.” 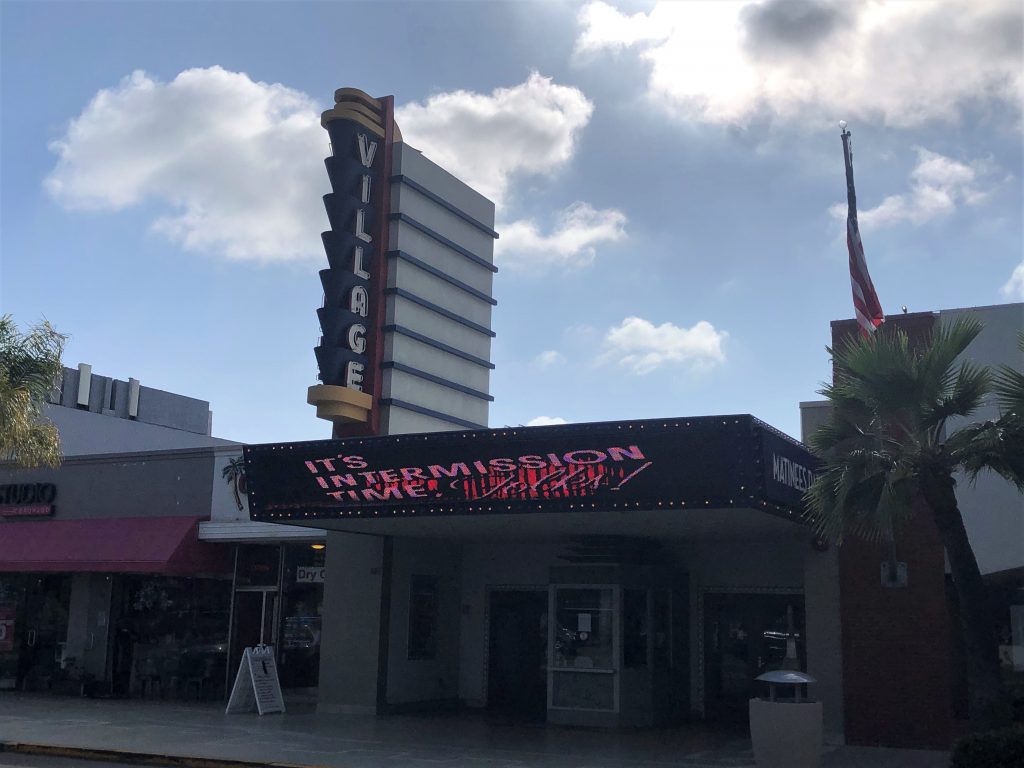 What to Look Forward To

Looking ahead, Lance shares his excitement for Tenet, Quiet Place 2, No Time to Die, Mulan, Black Widow, and Wonder Woman. He adds, “There will be backlog of good movies so we expect to see a good fall, winter, and first quarter in 2021. There are also quite a bit of art films and more adult films (in contrast to Marvel films). The Oscars have been pushed back. Coronado Island Film Festival has a classic monthly film that will hopefully be back in August with Annie Hall.”

For further information, Lance shares, “I have an open door policy. I check the e-mails and the phone calls. I’m happy to talk to anyone and answer questions. I like to stay connected.”