In Smilla’s Sense of Snow, a 1997 Danish thriller film based on Peter Hoeg’s novel of a similar name, heroine Smilla Jaspersen (played by Julia Ormond) becomes suspicious that the purportedly accidental death of an Inuit boy who lived in her building in Copenhagen was indeed no accident. Smilla, a transplanted Greenlander who studies Arctic ice, is intimately familiar with the many facets of snow. When she sees the scene of the accident on the snow-covered roof from which the boy “fell,” she notices something odd about his footprints. Her sense of snow makes her suspicious that the official police account of the boy’s death by slipping from the building rooftop was a willful cover-up. Turns out she was onto something…

SNOW is the ticker symbol for Snowflake, the cloud data warehousing and analysis firm which went public on Wednesday via a successful and widely anticipated initial public offering (IPO). The IPO priced at $120 per share, where both Warren Buffett’s Berkshire Hathaway and Salesforce Ventures each agreed to buy $250 million of stock. The company sold 28 million shares (just shy of 10% of the total number of outstanding shares) and raised $3.3 billion. It was the largest software IPO ever. 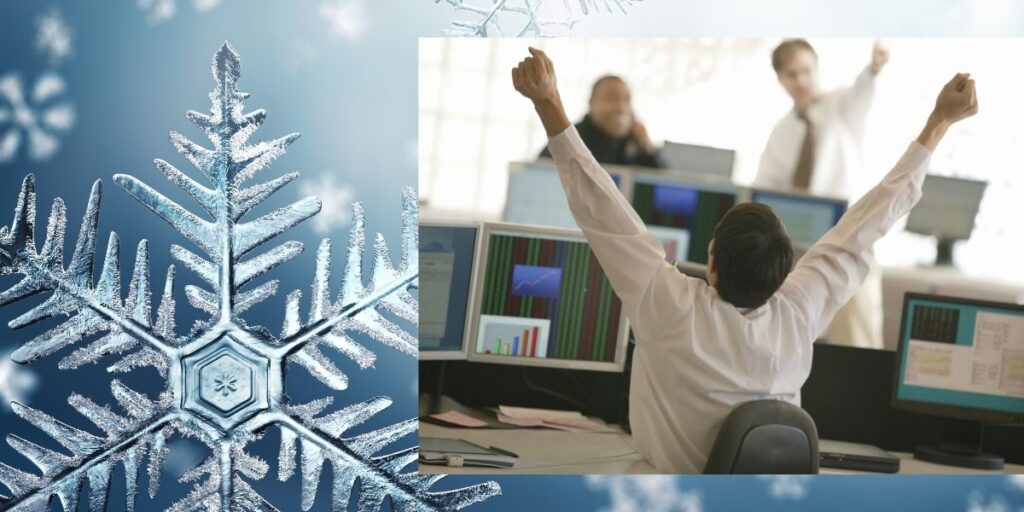 Demand for the stock was very strong ahead of the open of trading, and the stock opened at $245, up more than 100% from the IPO price. While Snowflake (and its bankers) apparently left some money on the table, it was otherwise a very successful offering.

What can we glean about the financial market sentiment given investors’ sense of SNOW?

The SNOW IPO was a big event for Silicon Valley and its success tells us something about market sentiment and for what investors today are clamoring. The SNOW and other recent IPOs are barometers of investor predilections and appetites. Clearly, investors are hungry for companies with high growth rates and disruptive businesses and they are willing to pay very high prices to get them.

Our sense is that as the NASDAQ has surged since the pandemic bottom on March 23rd, some investors have become increasingly ebullient about certain technology (and some biotech) stocks and have driven them to eye-watering valuations. While many financial, consumer and industrial stocks have been knocked backward this year, many technology stocks have rocketed higher and now carry very heavy valuation burdens. They now need to produce years of strong growth to support their market values. At its closing price on Friday of $240, SNOW’s market value is more than $66 billion. While the company is growing very rapidly and has, by most accounts, a formidable and very useful product, we believe investors should tread cautiously when too much future growth is factored into today’s prices. Right now, the stock is trading at about 100 times projected sales for the fiscal year ending in January. As yet there are no earnings.

If a company such as Snowflake is able to maintain its very high valuation, it will be able to raise cash in future stock offerings at incredibly attractive terms. Growth can be almost self-fulfilling when you have such a rich currency to help you along. Right now, true growth in the market is scarce, so it comes at a very high price. If the global economy can bounce back next year, however, growth will become more plentiful.

If you have any questions about your portfolio or the markets: Contact Us

Read more of our articles here: Our Commentary

Best of Coronado Island Has Launched – Nominate Your Favorite Businesses